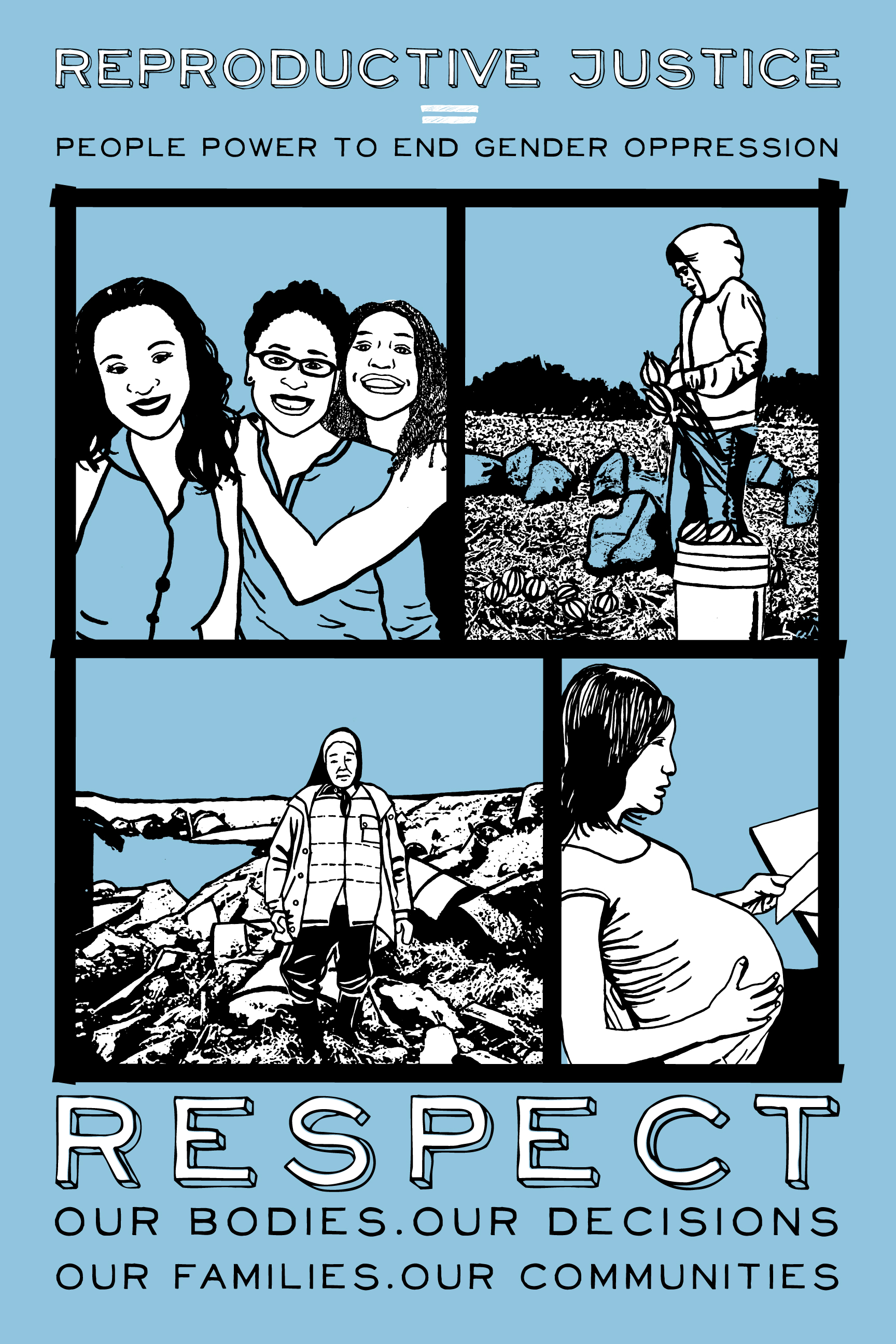 This is a new print designed in partnership with the Groundswell Fund for the “This is an Emergency” portfolio which focuses on reproductive rights, gender justice and reproductive justice.

This is an Emergency! is a print portfolio and interview project which focuses on reproductive rights and gender justice, organized by Justseeds member Meredith Stern. The portfolio contains seventeen prints in various media, with a colophon printed by Third Termite Press, wrapped in cover sleeves by Ladyfingers Letterpress.

The written portion of this project takes the form of a small, hand-sewn ‘zine, which includes interviews with Judy Kashoff, Gina Glantz, Peg Johnston, Heather Booth, Ken Rinker, Virginia Reath, Elizabeth Esris, and Judith Arcana. Also included is a comic by Susan Simensky Bietila, which was originally printed in World War 3 Illustrated. In these writings, interviewees share their personal stories as well as their experiences working for equality through political and grassroots movement work. This aspect of the project has an inter-generational component; people in their 20’s and 30’s interviewed their mentors/elders. Women, feminists, gay, and queer identified people are largely absent from most historical texts, and this project tells some of our stories.

This is an Emergency! has it’s own website, where high-resolution images of the prints can be downloaded, and the interviews from the zine can be read. You can also read Meredith’s statement about the need for this project.

Over a dozen of these portfolios were donated to organizations working on these issues. These organizations can reproduce the images for use in their campaigns, display them at their events or in their office, use the images on their website, newsletters or other written materials, or sell the posters as a fundraiser for their organization.

by Melanie Cervantes
Calls for Art

The Akonadi Foundation’s mission is to support the development of powerful social change movements to eliminate structural racism and create a racially just society. Akonadi believes that racial justice movement…

TO WATCH VIDEO CLICK HERE http://youtu.be/0QSor8Va6d8 I gave an interview to Claudia Hernandez as part of her project “Today’s Revolutionary Women of Color”. It reveals a bunch of slices of…