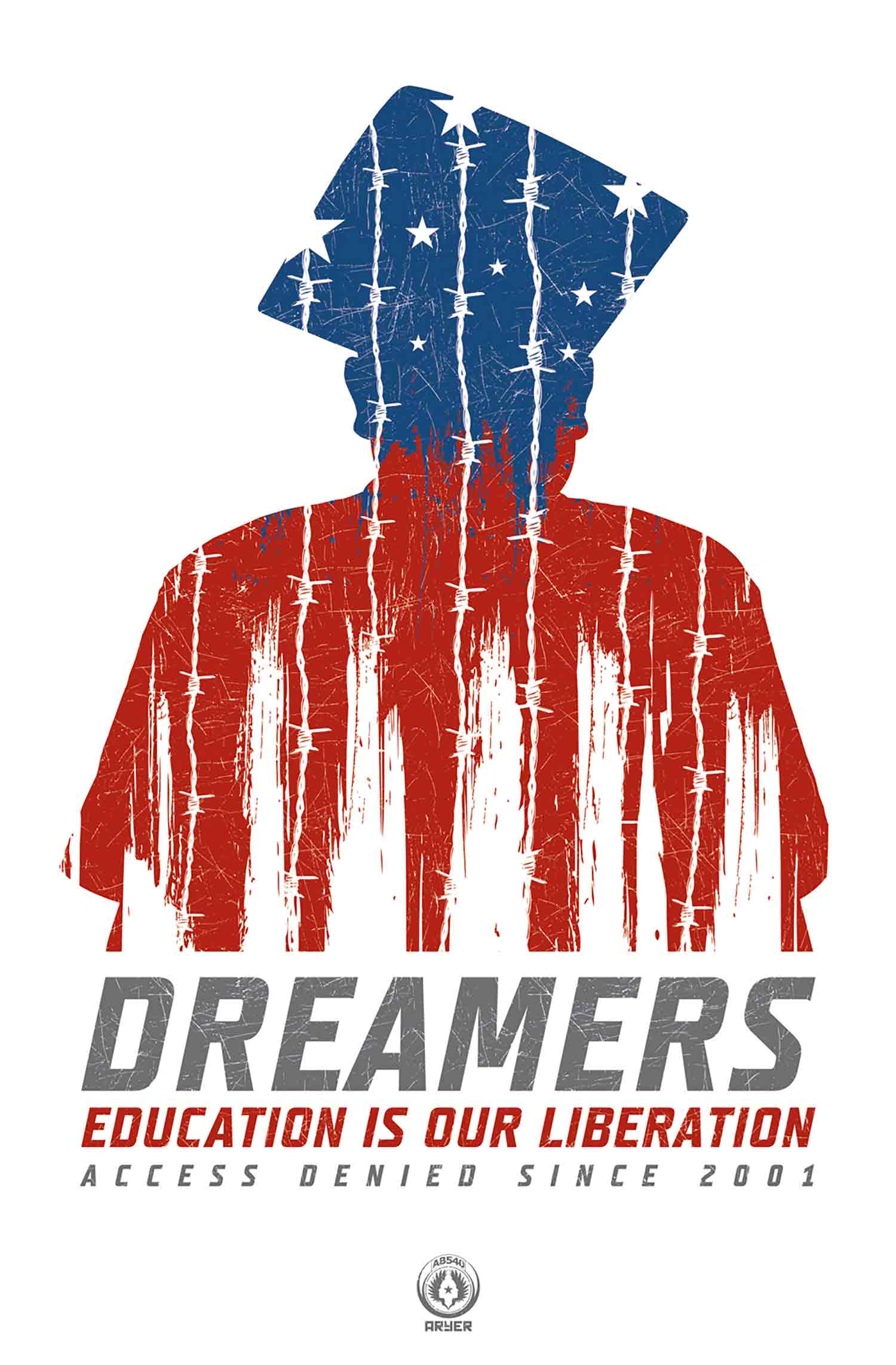 Ray Hernandez was born in Mexico City (D.F.) and raised in Amecameca, Mexico. In the early 1990’s, both of his parents decided to migrate to the U.S. in search of a better life and new opportunities. The journey into the United States and the requirement of assimilation into a new life, language, and culture was an experience Hernandez describes as horrific and traumatic. Art became Hernandez’s method to express himself and let out his frustrations, which became a form of rehabilitation. Through his art, Hernandez creates awareness of social justice issues and empowers communities, creating progressive methodologies to express solidarity with other international movements.

Hernandez’s image is a representation of the economic, mental, academic, physical, and other struggles that undocumented students have experienced in order to reach their dreams. Since 2001, undocumented students, also known as DREAMers, have been organizing, advocating, fighting, coming out of the shadows, and sharing their testimonies in order to legalize their status in the U.S. The texture applied in this image is a representation of the many DREAMers who are aging out of their twenties, which can prohibit them from legalizing their status through possible immigration reform that will likely include an age limit. The American flag represents the fact that DREAMers have embraced this country as their own and continue to pursue higher education to become future leaders in the United States.