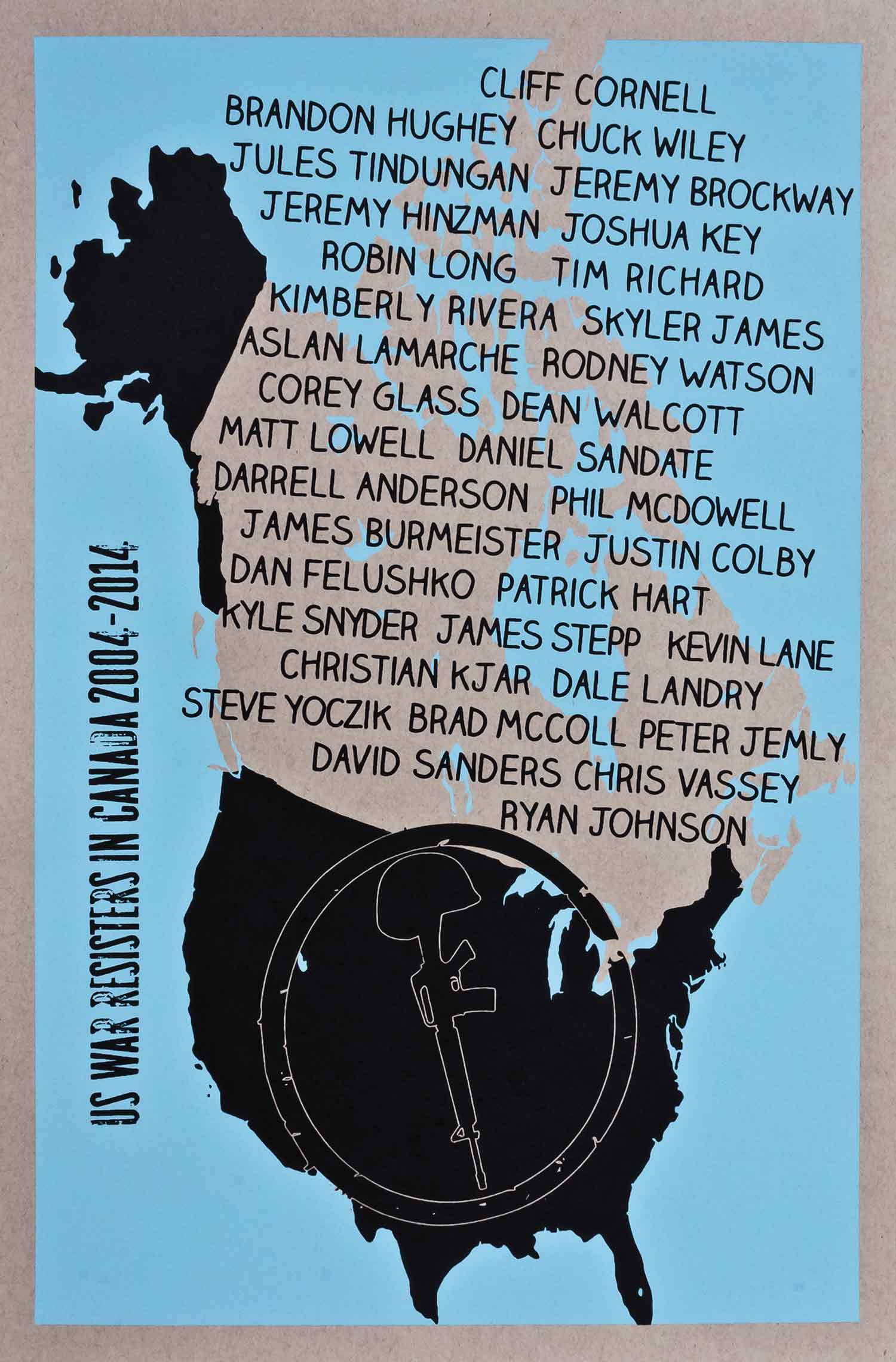 Over the years many U.S. war resisters fled to Canada to avoid participating in the wars in Iraq and Afghanistan. This poster remembers them and their willingness to go into exile rather than do more harm in illegal and immoral wars and occupations. They were supported by generous and committed Canadian and American allies.