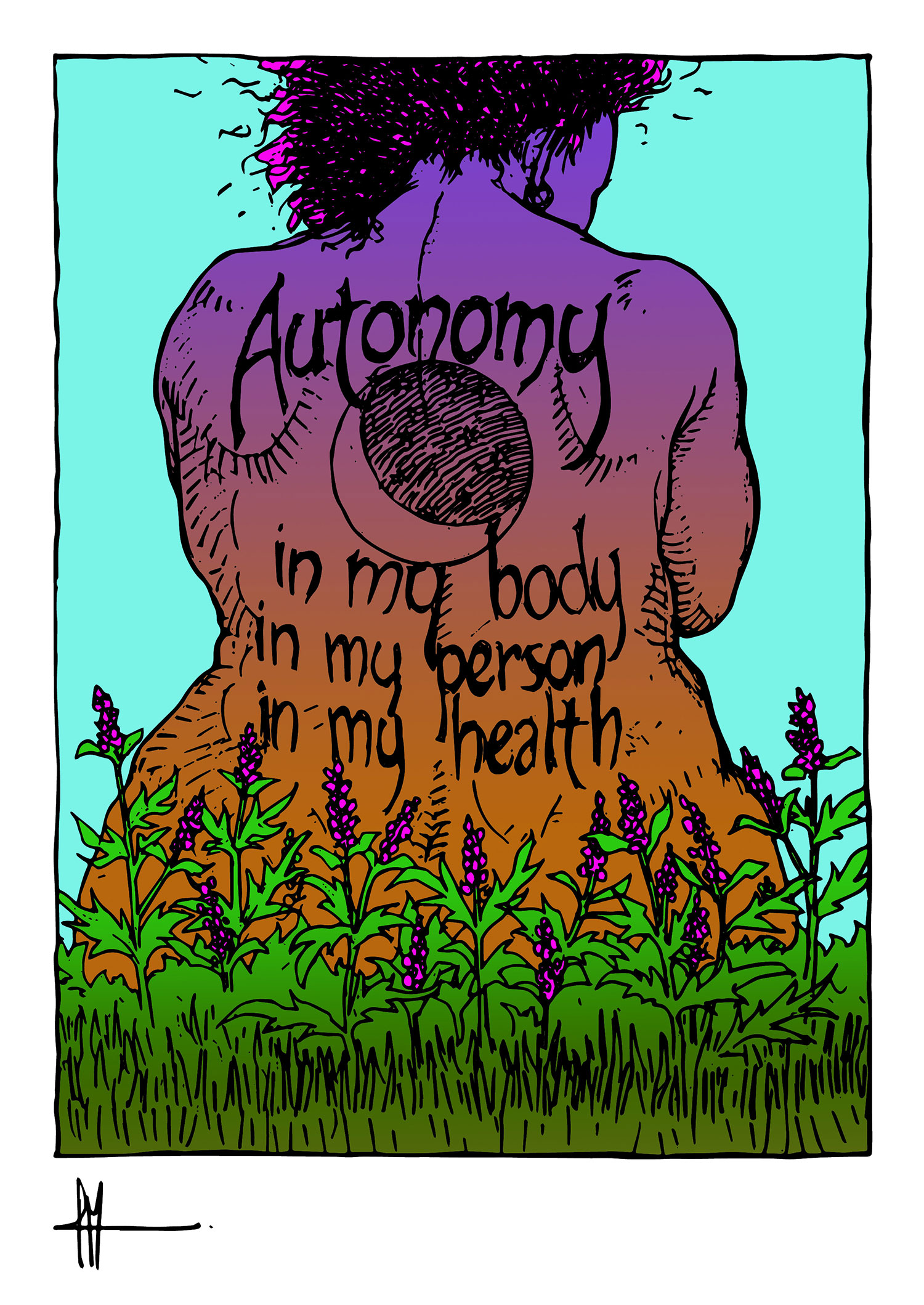 This graphic was created in response to the state’s attack on people’s bodily autonomy – in particular, the control of women’s, queer, and trans bodies.

I drew this as a quick pencil drawing in my sketchbook, then scanned and adjusted the image in Illustrator, and dropped in colors Photoshop.

The plantitas are a field of Artemisia, also known as mugwort or wormwood, which besides promoting dreams, is also one of many herbs used by traditional healers and midwives to prevent or terminate pregnancy. Traditional herbal abortion was one of the ways women protected their bodily autonomy and choice for millennia.

The downloadable files include a high-res color image, and the color separations for screen printing to be adjusted to your preferred size. 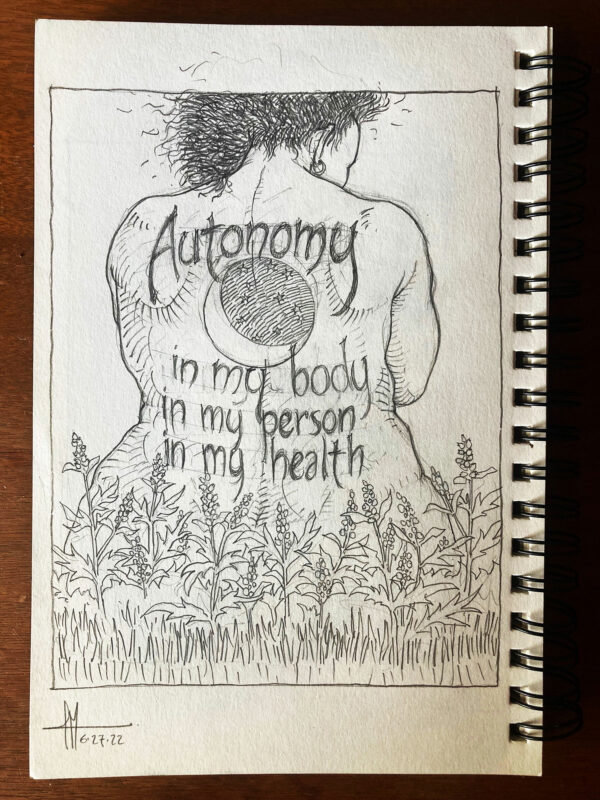 Here’s another sketch of herbs used by traditional healers, midwives, and parteras. Herbal abortion did not come without risks, and was generally effective only early in pregnancy. The plants illustrated are two herbs native to the Americas, black cohosh root and pennyroyal, which were often used in conjunction with blue cohosh. The third plant, cotton, was native to the Americas and to Africa. Cotton root bark was one of the ways that Black plantation herbalists were able to exercise control over their bodies under slavery, especially after the rise of “breeding plantations” in the early 1800s after the US stopped importing human beings as slaves from Africa (thanks to Karen Culpepper for this history). 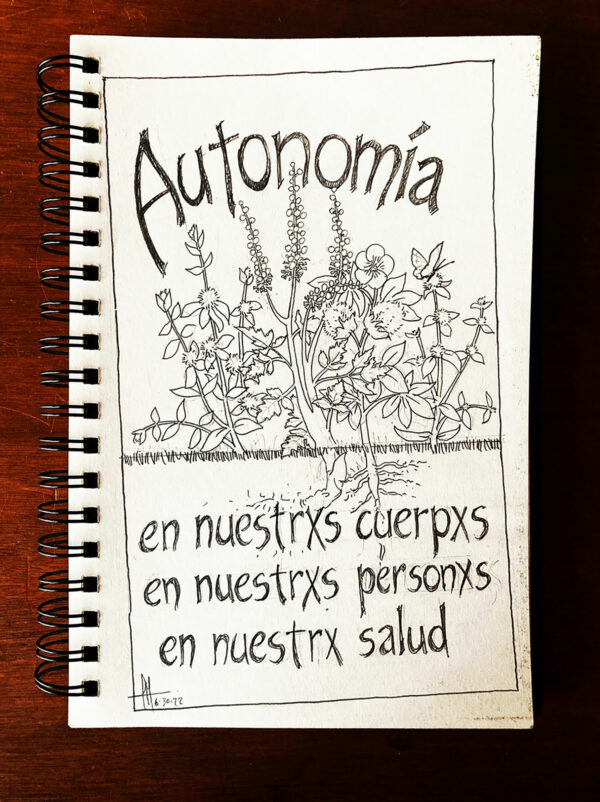