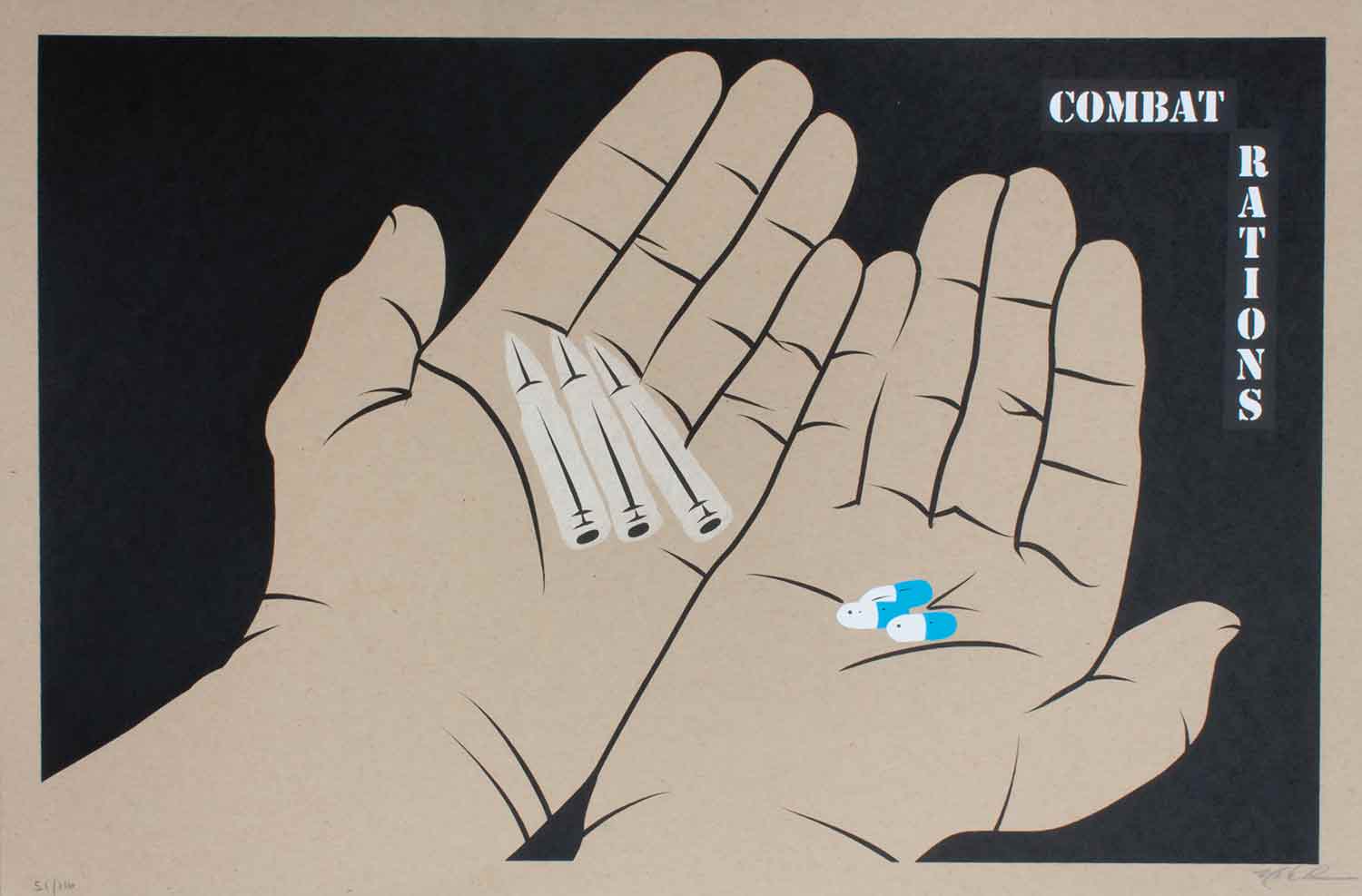 This image by Mark Pinto and Koji Pinto is from Celebrate People’s History/Iraq Veterans Against the War: Ten Years of Fighting for Peace and Justice, a portfolio that celebrated IVAW’s first ten years and was produced by Justseeds, IVAW, Booklyn, Repetitive Press, and the Civilian Soldier Alliance.

This print is meant to shed light on the absurd reality of sending combat troops back into war in Iraq and Afghanistan, despite many being diagnosed with PTSD and on heavy medications. At the close of the Iraq War, 20% to 50% of all service members deployed to Iraq and Afghanistan were suffering from PTSD, and nearly 20% were taking some form of prescribed psychiatric medication. A mental health provider can declare a service member unfit for deployment, but the final decision rests with the unit commanders.

Mark Pinto is a U.S. Marine Corps veteran who served in the Gulf War and artist living and working in Portland, OR.