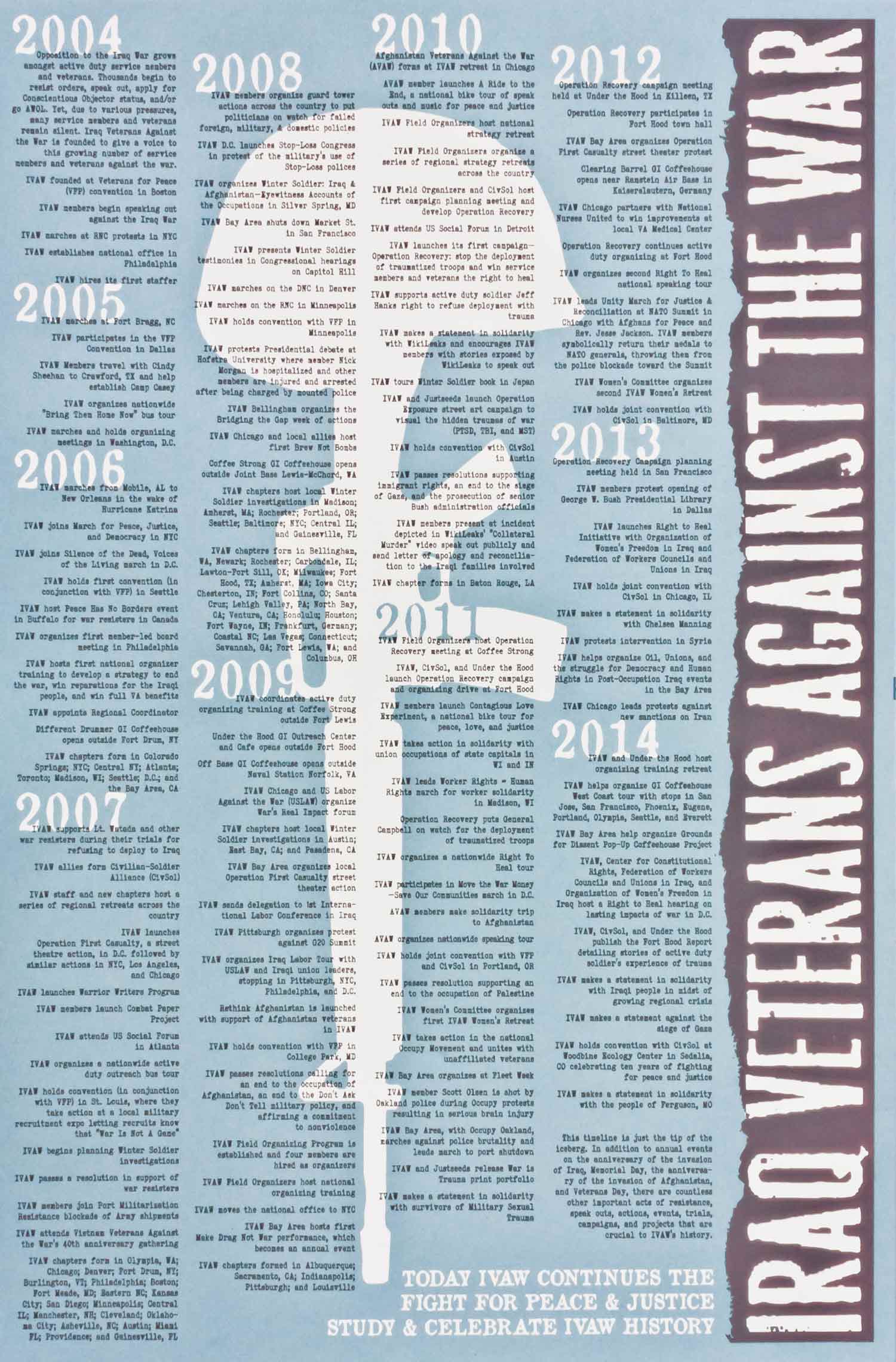 John Carr is an art director, graphic designer, and curator living and working in Los Angeles with a passion for culture, technology, and social interactivity. He worked with IVAW on a web series called Voice of Art that documented IVAW’s creative actions at the NATO Summit in Chicago in 2012.