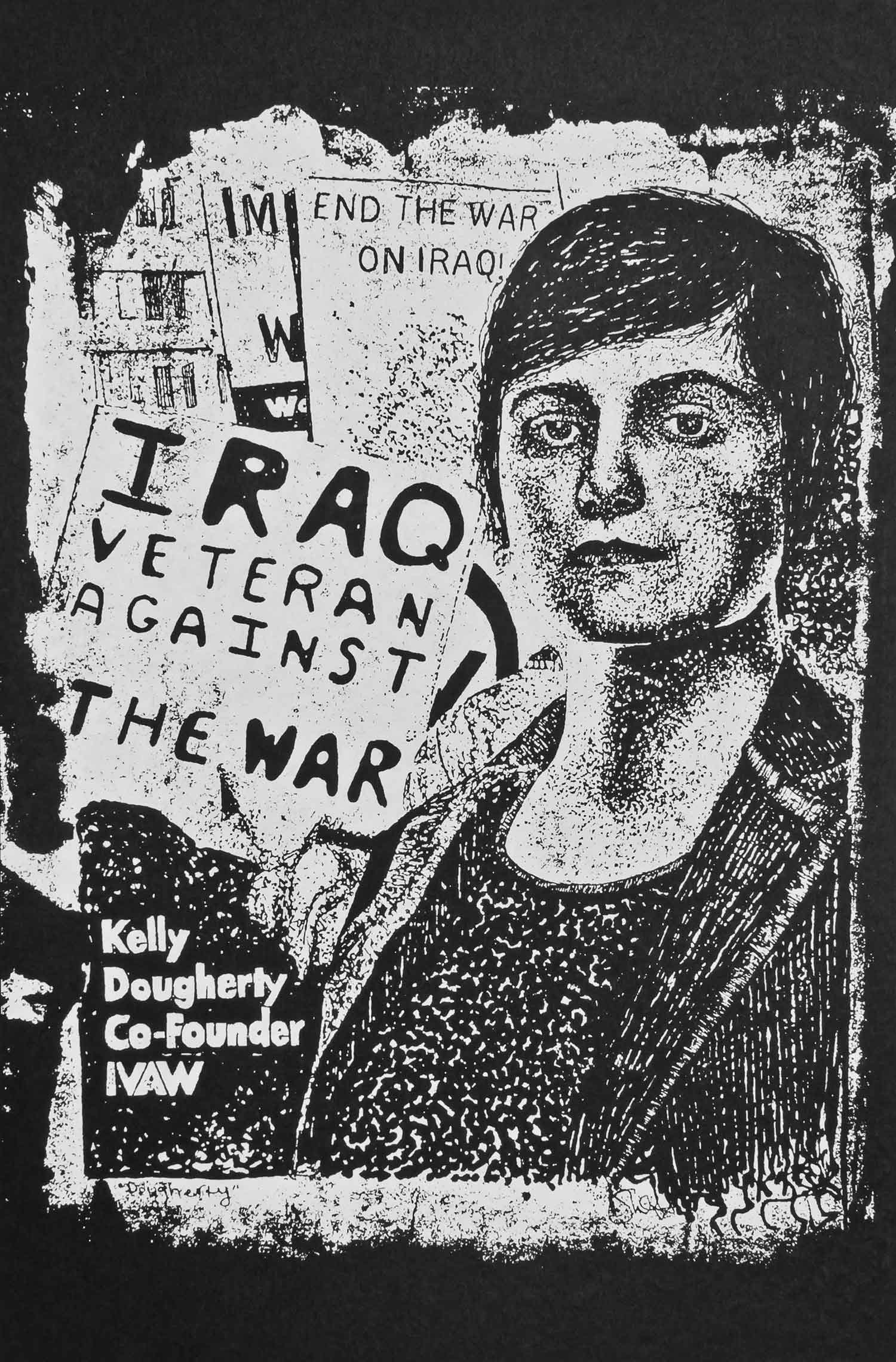 A leader will stand while those around her remain seated. We all possess the ability to stand, but few of us choose to do so in the face of adversity. I’ve never met Kelly Dougherty. All I know of her is what I’ve seen on social media—her words and images scrolling down my screen. However, I feel like I know her. I know people she has inspired and those people have, in turn, inspired me. Kelly stood and spoke. She became a voice for those that could not speak out—a voice that will continue to echo whenever veterans stand together. Thank you, Kelly, and thank you to the members of IVAW and Warrior Writers. They helped me to see myself beneath the pain and showed me it was okay to take a stand.

Shawn Ganther is a u.S. Air Force veteran who served in Operation enduring Freedom and Operation Northern Watch, contributor to Warrior Writers, painter, and printmaker living and working in Wisconsin.