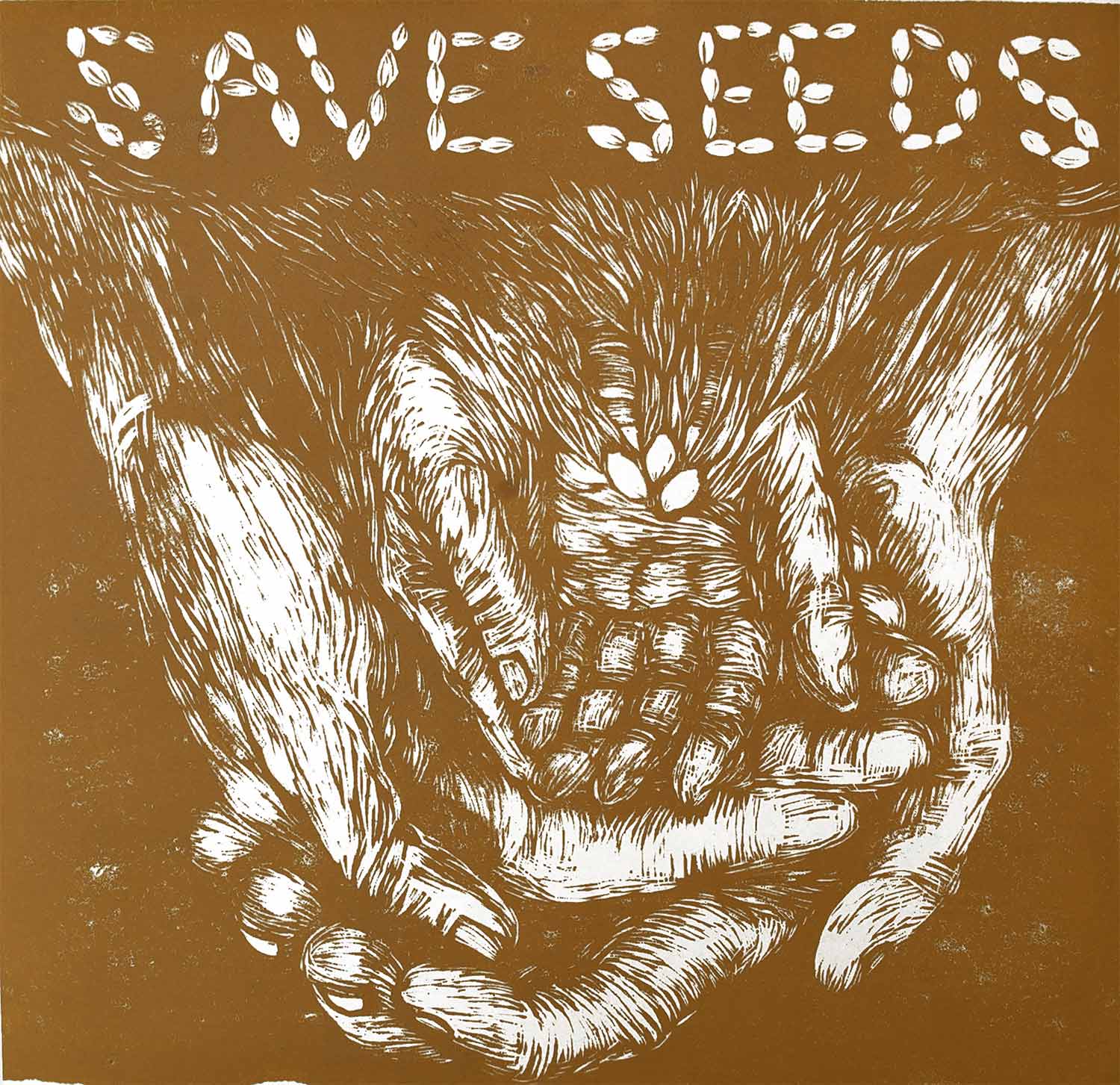 Created for the Critical Resistance ten year anniversary conference in Oakland, California, which took place in 2008. Critical Resistance Ten was a gathering of activists, educators, and allies of prisoners who came together to promote organizing efforts against the US prison system.

Just seeds organized an art portfolio in collaboration with Critical Resistance Ten called Voices From Outside: Artists Against the Prison Industrial Complex. The portfolio project involved twenty artists and one artist collective, with work coming from the US, Canada and Mexico. Each  print critiqued or addressed alternatives to the prison-industrial complex.