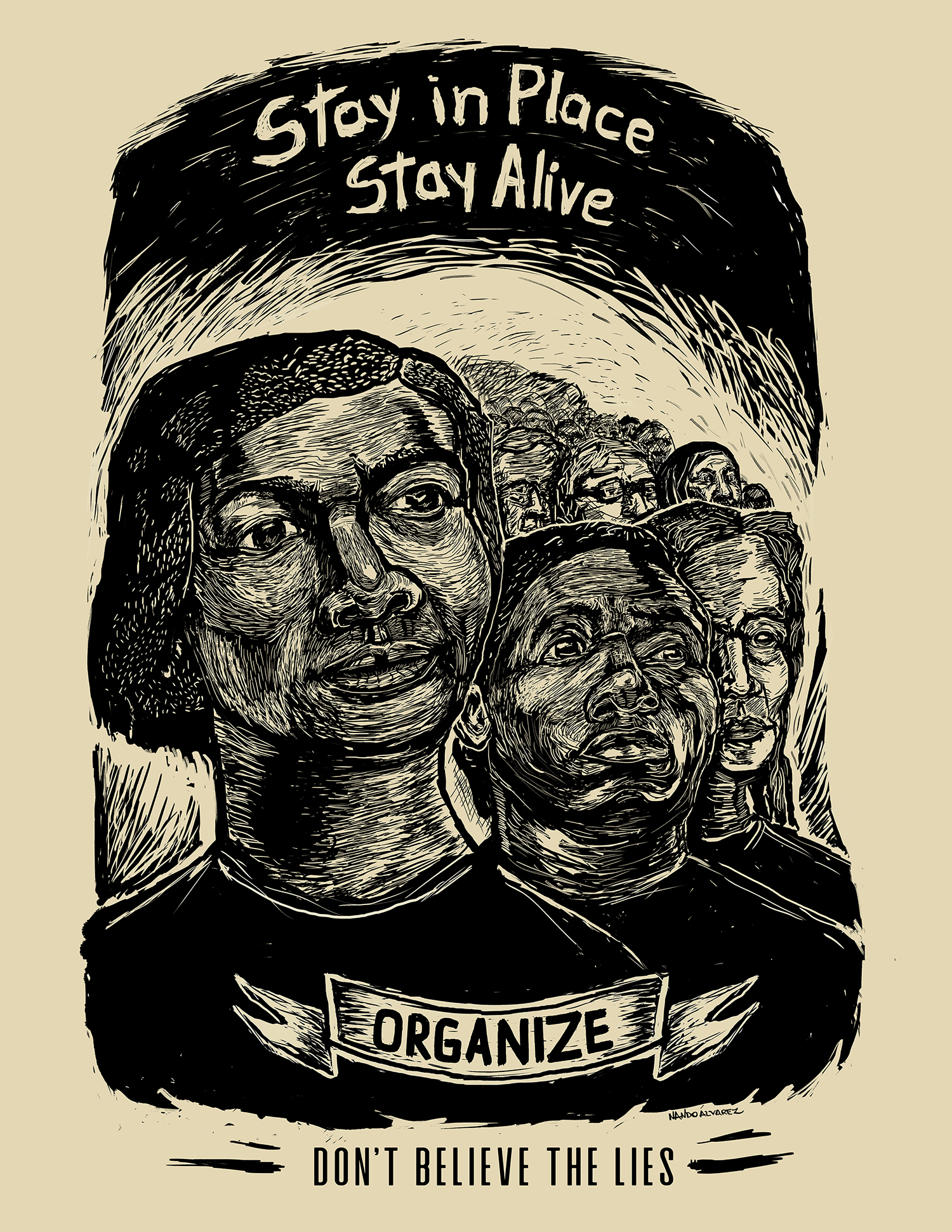 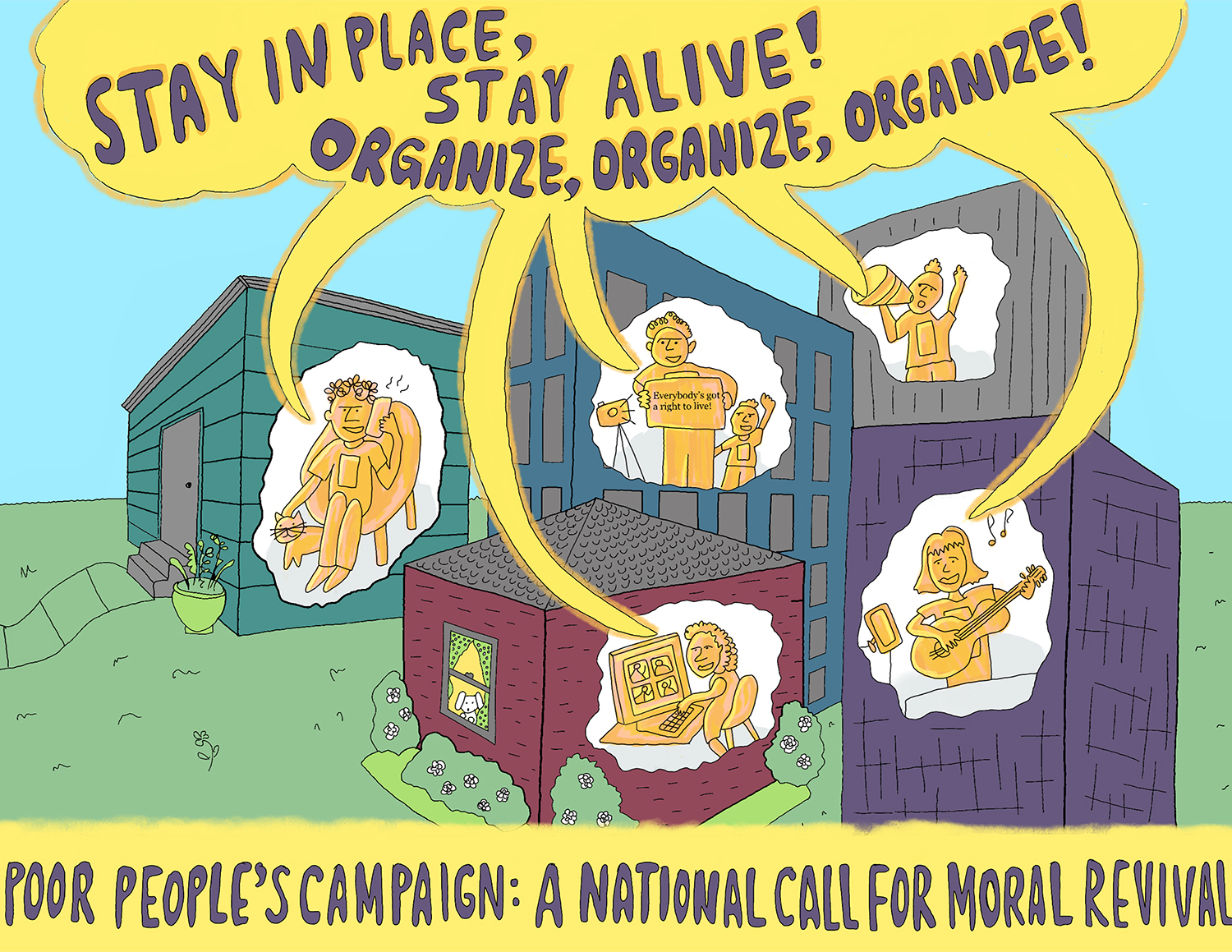 Nando Álvarez in Washington, DC and Jessica Morrison in Vermont designed these great graphics for the Poor People’s Campaign: A National Call for Moral Revival “Stay in Place! Stay Alive! Organize! Don’t Believe the Lies!” campaign. The campaign was launched to raise a moral cry for non-cooperation with the dangerous and reckless policies to ease social distancing restrictions and reopen the economy instead of providing real relief.

The #PoorPeoplesCampaign’s Mass Poor People’s Assembly & Moral March on Washington is going digital. On June 20, 2020, they will hold the largest digital and social media gathering of poor and low-wealth people and people of conscience in this nation’s history. Join the them at (www.June2020.org) & on Facebook (https://www.facebook.com/anewppc)!