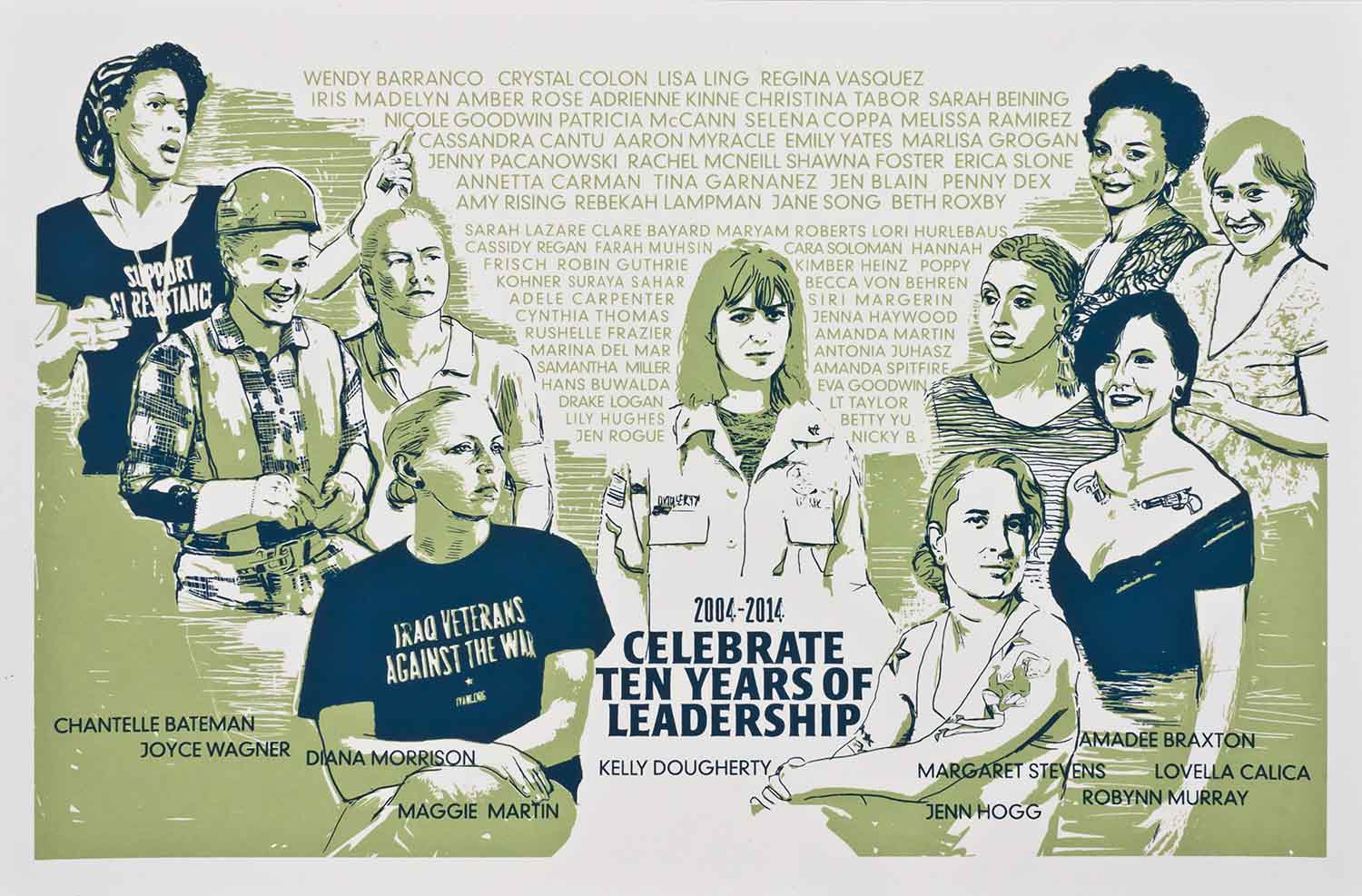 Pictured are ten people who have been instrumental in creating and guiding IVAW over the past ten years. These people and the others named are examples of women leaders and other leaders who do not identify themselves in the gender binary.Their stories are an integral part of the history of IVAW’s first decade and an example to all.