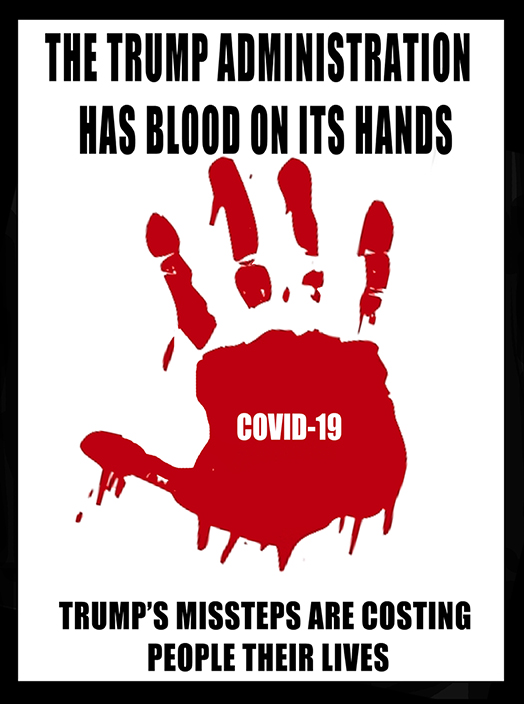 Make no mistake that any country consumed by corporate power, neoliberalism, and capitalism is ill prepared to deal with a public health crisis. But this has been magnified 1000x in the US by the epic failures of the current administration – the Trump Administration – that has spent the last three years enriching the 1% while hacking away at government programs meant to serve the needs of the public.

We are witness to a colossal series of errors by the Trump Administration:

These missteps have left the US unprepared for this public health crisis. Hospitals are short on ventilators, widespread testing is not happening, and doctors and nurses are turning to social media to beg for safety equipment online. These mishaps are costing lives. Never forget.

Image inspired by the Gran Fury design for ACT UP NYC in 1988.