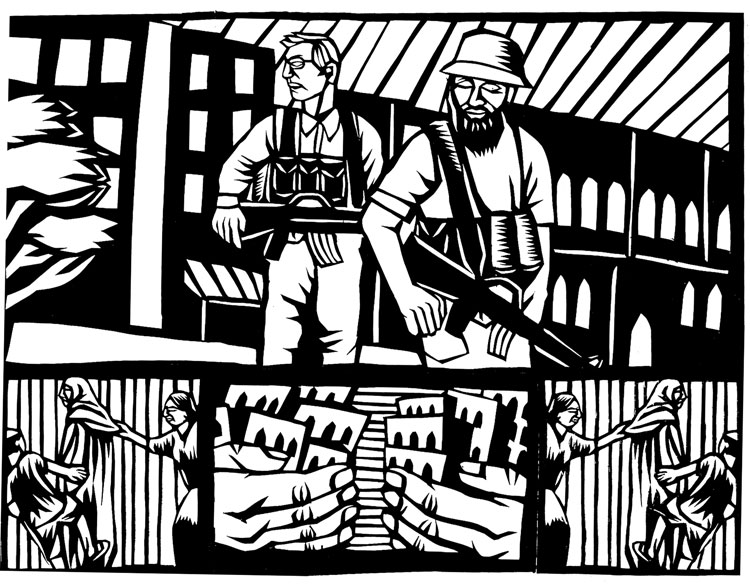 I created this image a while back for my old friend Marie Mason, who’s currently serving out a 22-year prison sentence for charges related to two acts of property destruction…

Pictures from Erik Ruin installation at the Dirt Palace

The Dirt Palace site just posted some nice-looking pics from my installation in their window, which just came down. You can check it out in slideshow format on Flickr. The…

This just in from our friend John Duda in Baltimore, an automated insurrectionist rant generator! Guaranteed to provide hours of entertainment! John explains: “The purpose of this little program is…