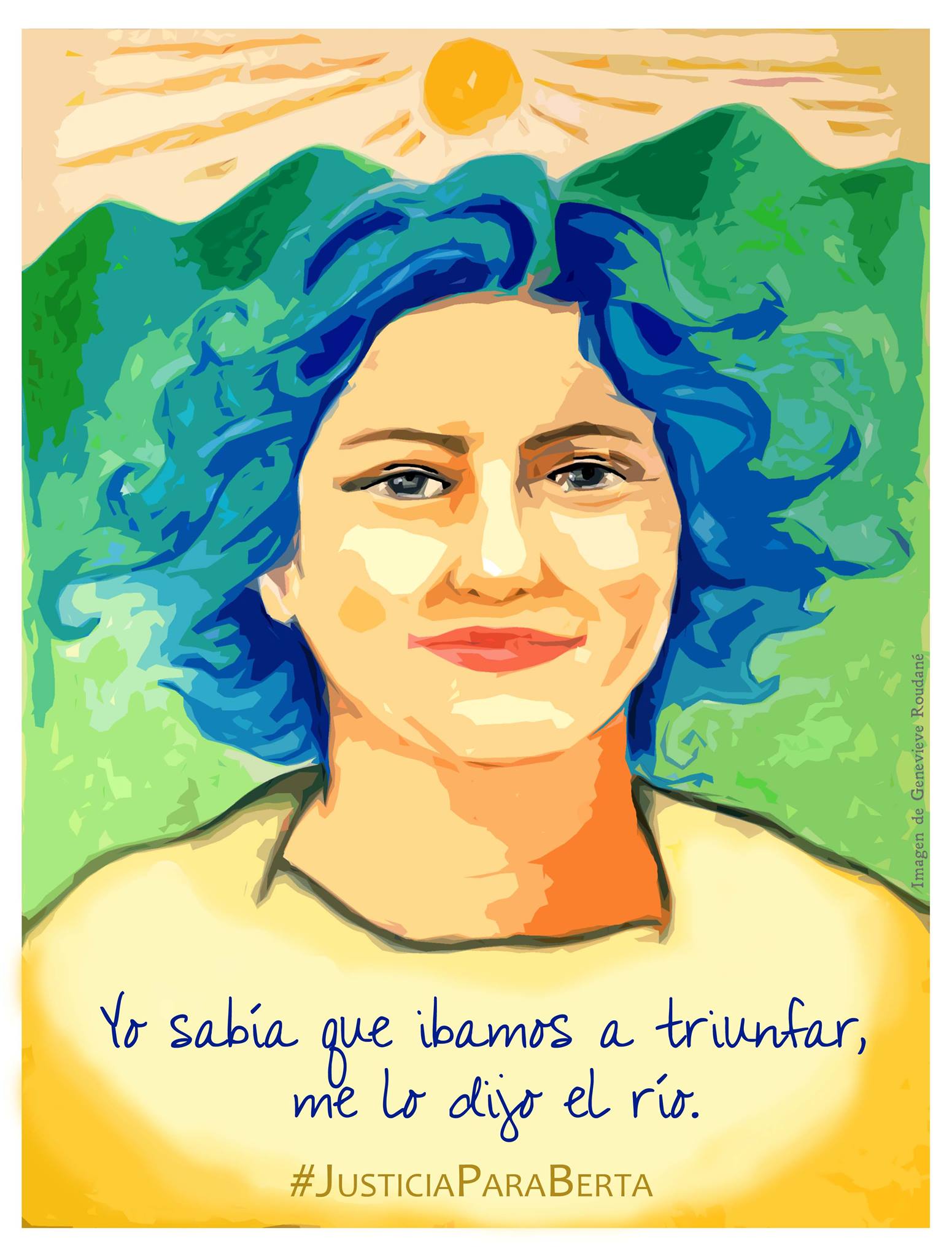 We received this great portrait, produced by Genevieve Roudané, in honor of assassinated indigenous organizer Berta Caceras Flores. #JusticiaParaBerta
In 1993 she co-founded the National Council of Popular and Indigenous Organizations of Honduras (COPINH). “Berta rallied the indigenous Lenca people of Honduras and waged a grassroots campaign that successfully pressured the world’s largest dam builder to pull out of the Agua Zarca Dam.”
You can watch, and read, some English reports about Berta, over at Democracy Now!. As well as today’s report about Gustavo Castro Soto, another organizer, who was injured in the attack as well.

Genevieve, has produced this image copyleft; it’s free to print, change, etc. She also informs us that “there’s a group called Rights Action that is collecting funds to send to Berta’s family. Rights Action has worked directly with COPINH (Berta Cacere’s organization in Honduras) for many years.”

To support Berta’s family as they respond to this crime-crisis situation and demand justice, and COPINH’s on-going work for justice and fundamental transformation and change in Honduras, make tax-deductible donations (write “Berta & Copinh” in the memo line) to “Rights Action” and mail to:

For more information and instructions go to Rights Action.