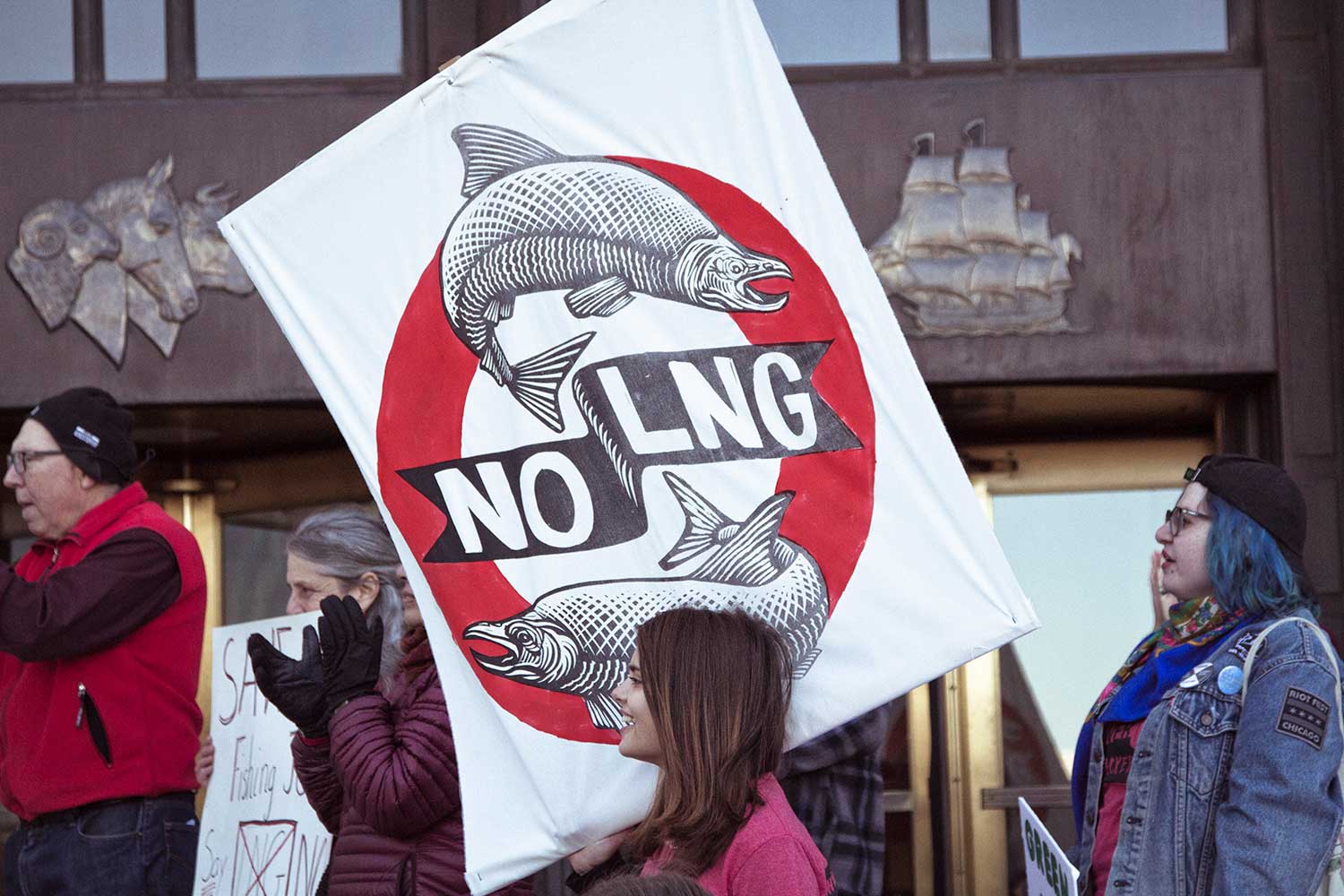 Last month I designed and built five big banners for a protest at the Oregon statehouse in Salem against the Jordan Cove LNG (Liquefied Natural Gas) pipeline and terminal slated for construction in Coos Bay, OR. Over 1000 people in attendance and more than 20 arrests within the Governor’s office marked an uptick in intensity for the fight against this massive project, opposition to which is being led by the Klamath and Modoc tribes of Southern Oregon and Northern California. This month is a crucial time for opposition to these plans, as key permits are about to be either approved or denied, and the movement to stop this terrible idea in its tracks is only getting bigger.

For more information about the fight visit Rogue Climate or the No LNG Exports website, and follow the sister struggle of the Unist’ot’en against pipelines in Canada. 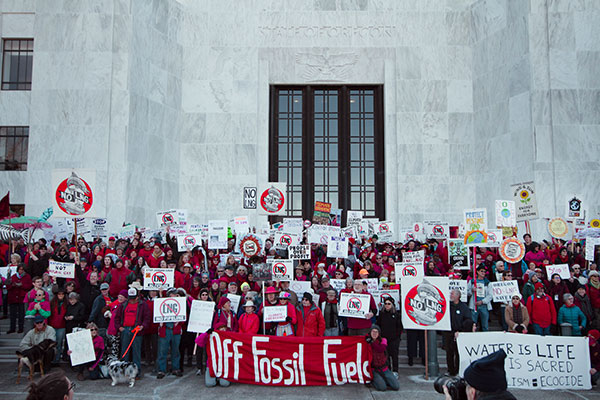 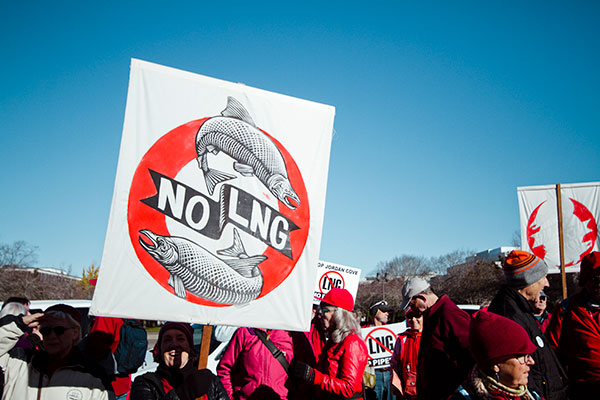 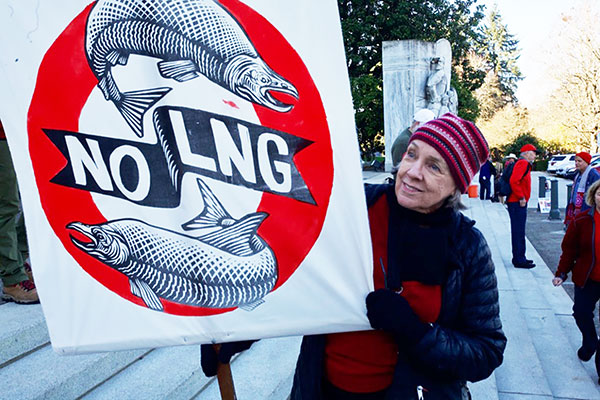 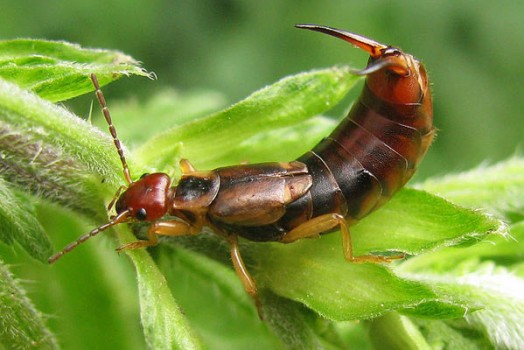 When considering the death of species and the grim biological impoverishment of earth, we have to take the lesser with the larger, and the less lovely as well. Recent news… 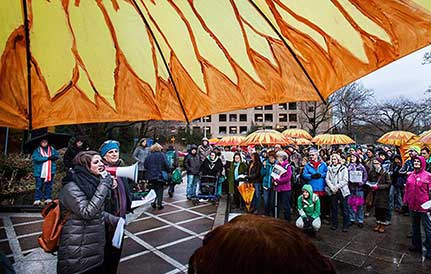 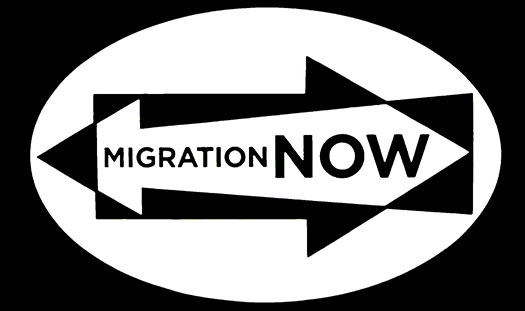 I was invited by the Pequot Library in Southport, CT to give a talk about the Migration Now! portfolio, which I co-produced with Favianna Rodriguez. It was great to get… 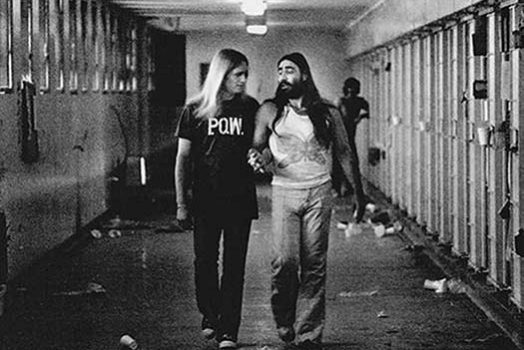 by Roger Peet
Art & Politics, In the News, Reviews

I came across this on Twitter last week: a newly compiled version of Ed Mead’s 80’s text adventure “The Warden Game“. Ed was a member of working-class anticapitalist urban guerrilla… 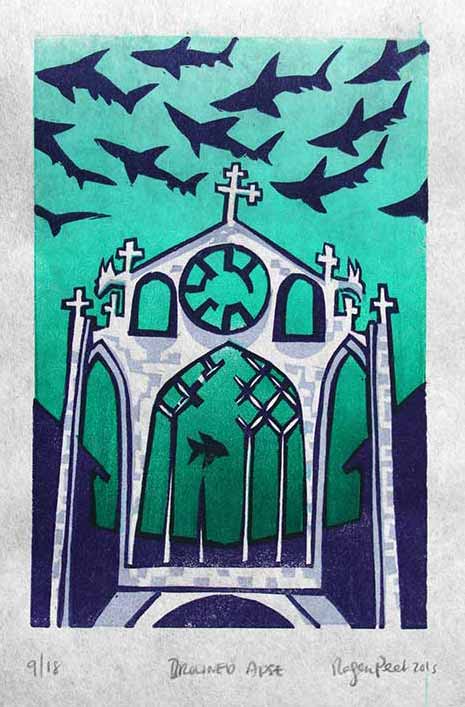