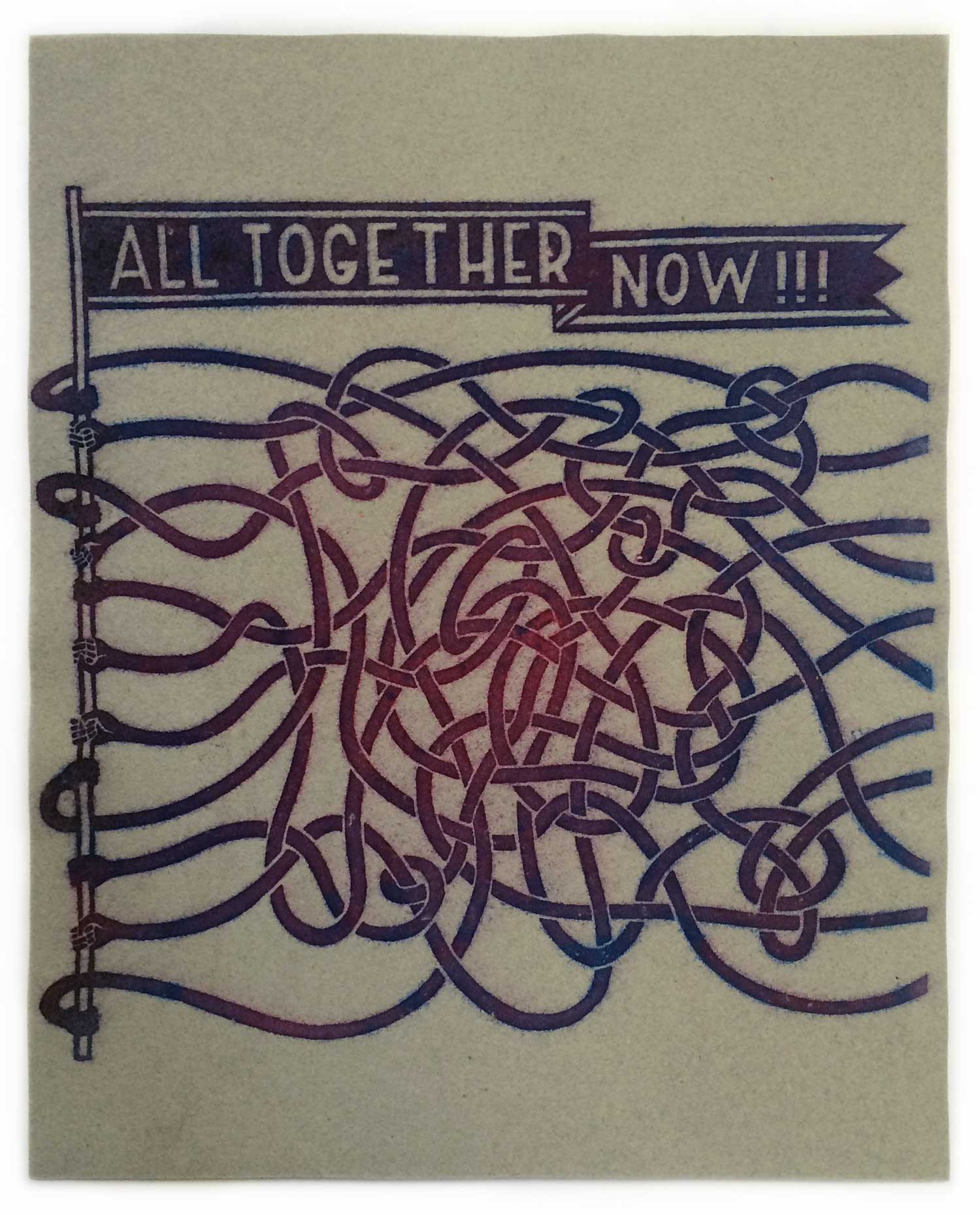 These are unique, one of a kind paper prints produced by Drew Cameron of Combat Paper. The image, by Josh MacPhee, is literally part of the paper, screenprinted into it while it was being hand-pulled. The image is produced by spraying dyed paper pulp through a silkscreen into the paper pulp while it is being pulled to make a sheet of paper. This means that while the image is produced in a way similar to other printing methods, each piece is also a one-of-a-kind monoprint. A second impression of the print is below, so that you can see the differences between each.

The imagery is rooted in two visual subjects MacPhee keeps returning to: elongated worm-like arms and attempts at representing a collectivity that also preserves individuality. The words “All Together Now” don’t refer to anything specifically, but given their presence on a sheet of Combat Paper, they evoke collective resistance to war. Combat Paper is produced by the pulping military uniforms in order to convert them into sheets of paper. 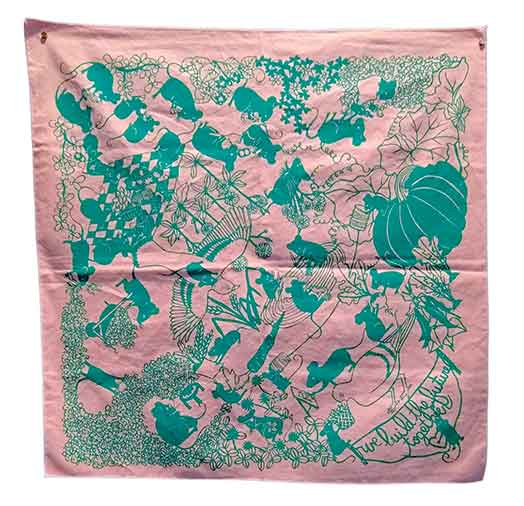 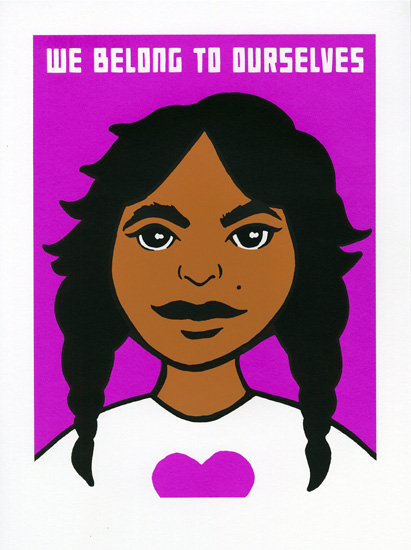 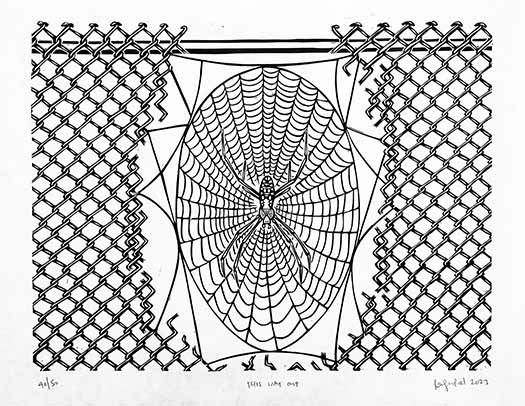