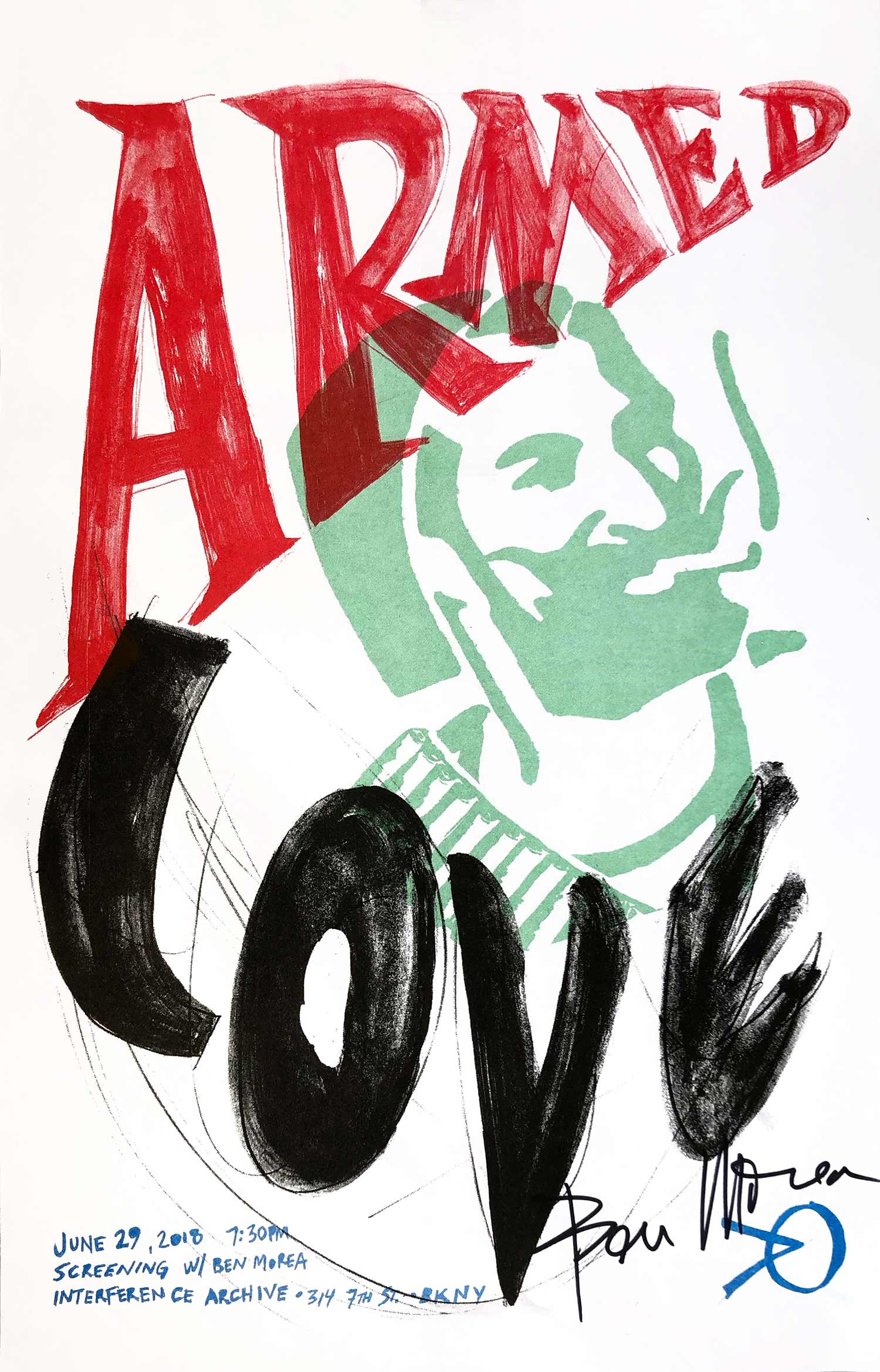 The poster was a collaboration between Morea and myself, we discussed an idea, I made some sketches and drew on Ben’s old graphics (including the Zig Zag man with the bandolier), assembled it, and printed it off on the risograph.

Ben signed these as a favor and an act of solidarity, all proceeds go to support the work of Interference Archive.