A papercut depiction of hell, one of four archetypal landscapes (Heaven, Hell, Bounty and Plenty) created for the exhibit An Other World. This print quotes imagery from Dante’s Inferno and Hans Memling’s Last Judgement altarpiece, amongst other sources.

An Other World, 2014, was an interactive immersive installation piece at Machines With Magnets gallery/studio/venue in Pawtucket, RI. Inspired by medieval visions of the afterlife, science-fiction landscapes and more modern/personal struggles with scarcity and depression, this show combined intricate paper-cut scrolls, hanging banners and overhead projections.

These visions were “activated” by the viewer’s own shadow and live performances at the opening and closing events- at the opening a three hour ambient performance by Work/Death, at the closing by an improvised performance with the artist manipulating the projections, accompanied by tuba player Dan Schleifer (What Cheer? Brigade) and cellist David Penn (Lists, the Good Good).

For more images and links to performance video see here. 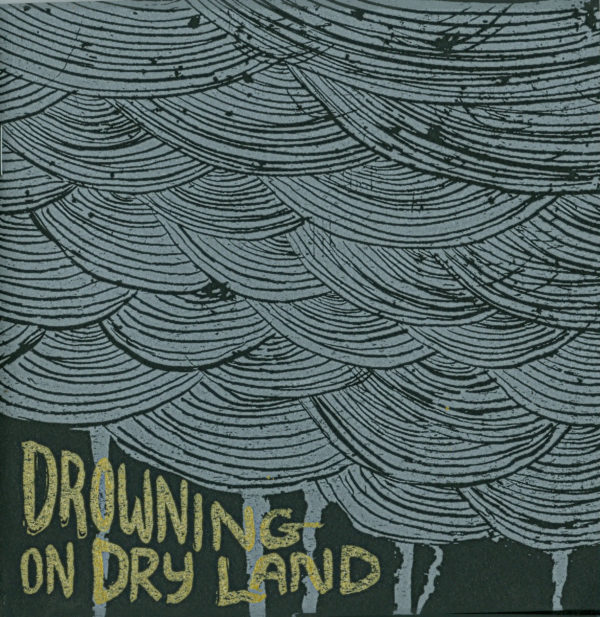 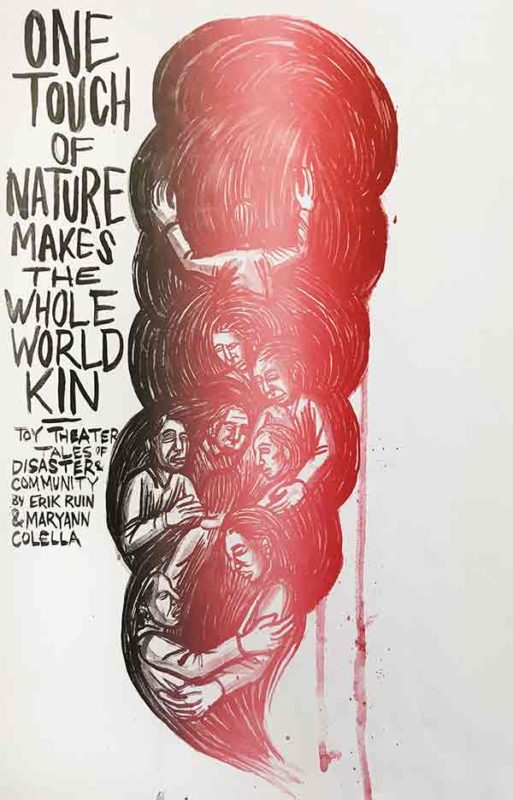 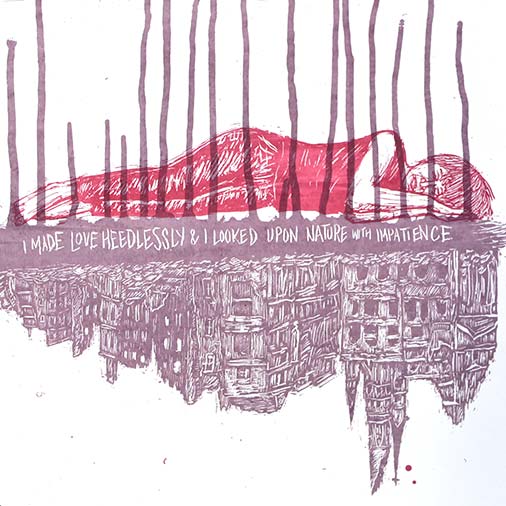