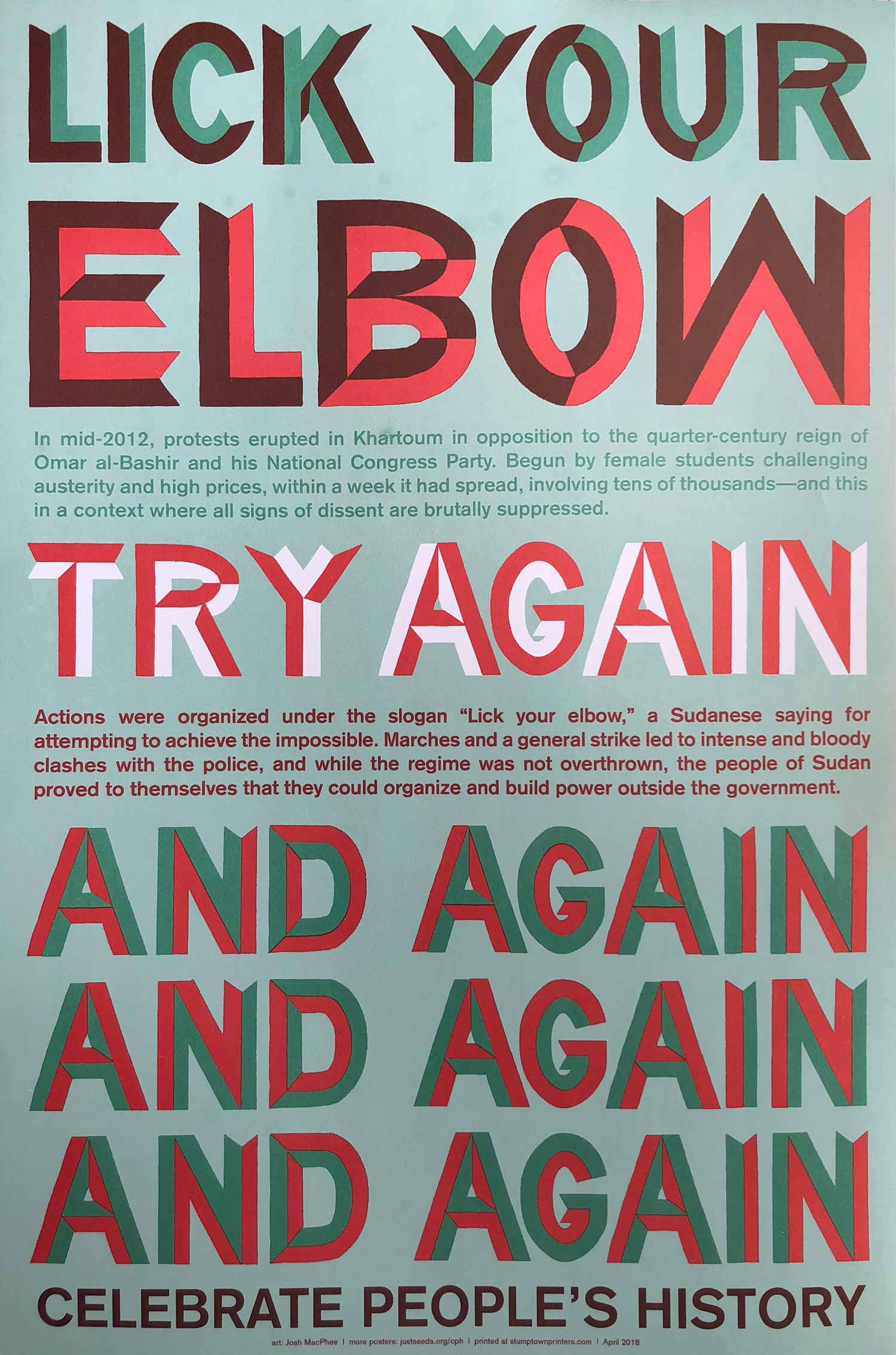 In mid-2012, protests erupted in Khartoum in opposition to the quarter-century reign of Omar al-Bashir and his National Congress Party. Begun by female students protesting against austerity and high prices, within a week it had spread, involving tens of thousands—and this is a context were all signs of dissent are brutally suppressed.

The protests were organized under the slogan “Lick your elbow,” a Sudanese saying for attempting to achieve the impossible. Marches and a general strike led to intense and bloody clashes with the police, and while the regime was not overthrown, the people of Sudan proved to themselves that they could organize and build power.

This is #119 in the Celebrate People’s History Poster Series.