March Against Death—March On Washington 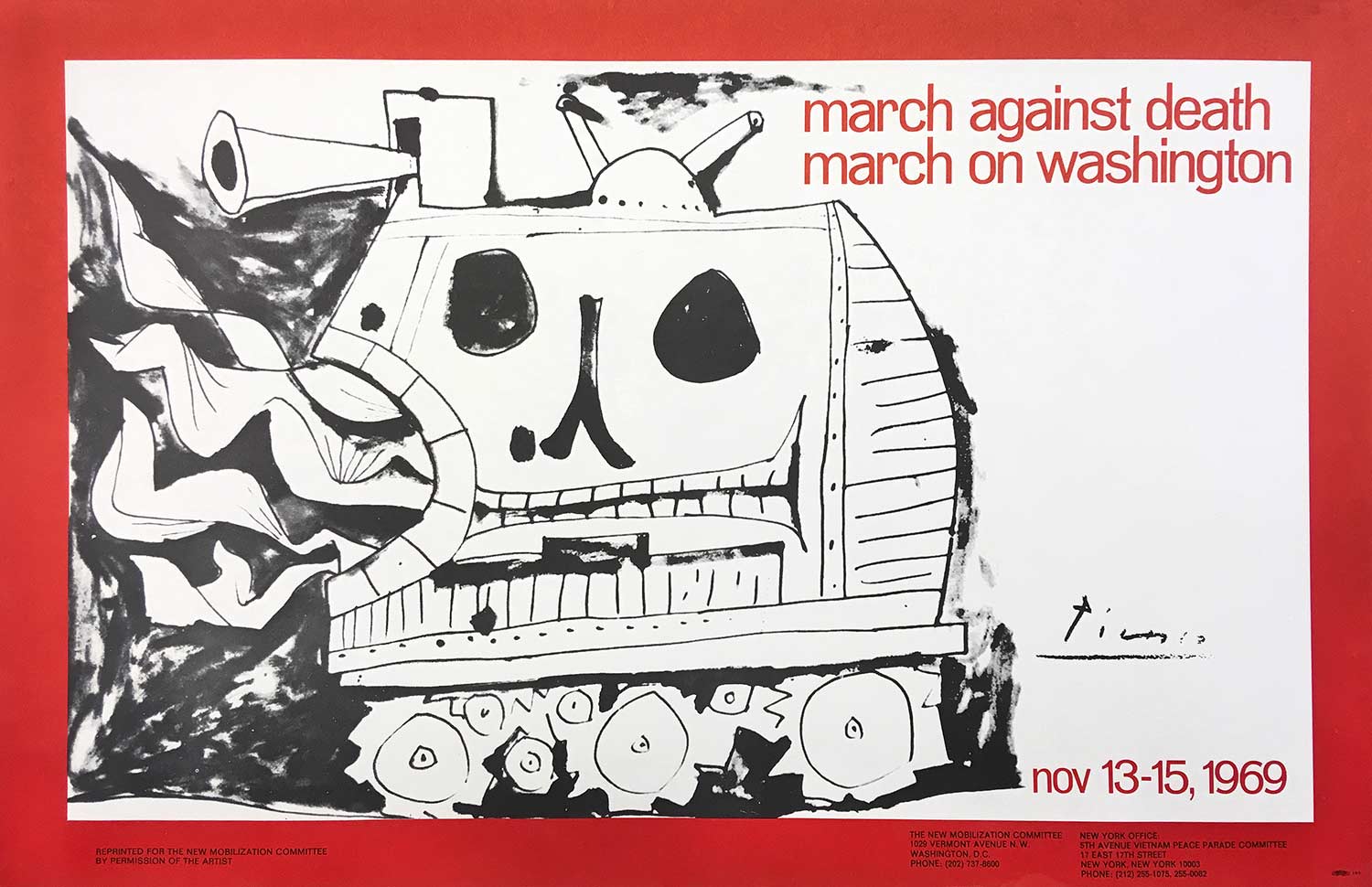 This poster was produced to support the massive Moratorium to End the War in Vietnam March on Washington in November of 1969. According to Time Magazine:

On the night of Thursday, Nov. 13, 1969, the “March Against Death” began. By the time that weekend was over, Washington, D.C., had seen more protesters than any single event in its history had drawn. Attendance was higher, by tens of thousands, than at the 1963 Civil Rights March on Washington. And despite a name that, 45 years later, may seem overblown or vague, the march was actually about something very specific. The deaths they were protesting were those of soldiers and civilians in Vietnam.

These are original posters featuring a drawing by Pablo Picasso, printed fifty years ago. All things considered, these are in really great shape. They are being sold elsewhere online anywhere from $200-$1200/each, so $150 seems a fair price for such a rare piece of history—it also helps us undercut the resale parasites but still support the ongoing work of organizations like the War Resisters League (who unearthed these posters for us!). These posters are not available at a wholesale rate. 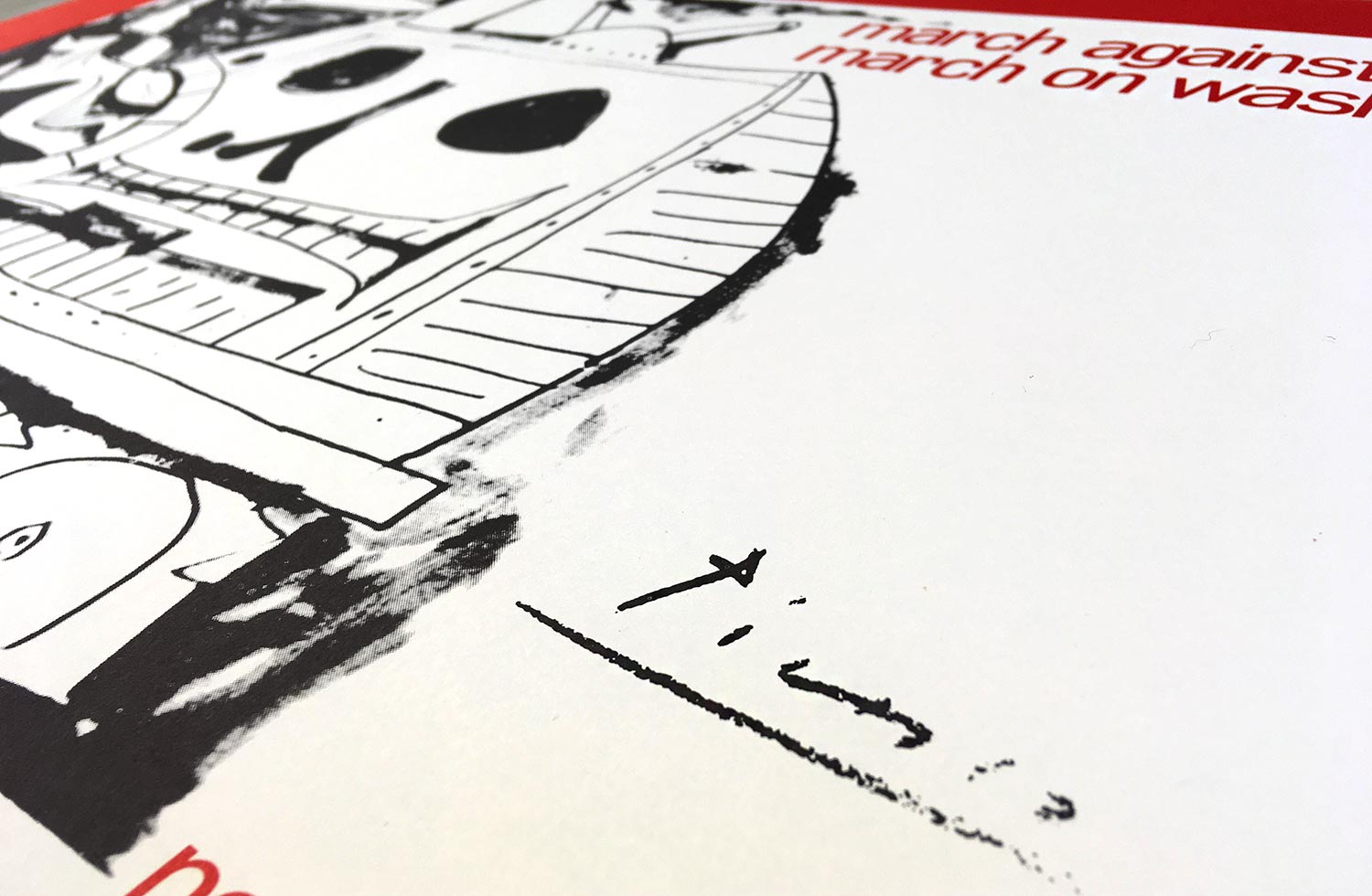 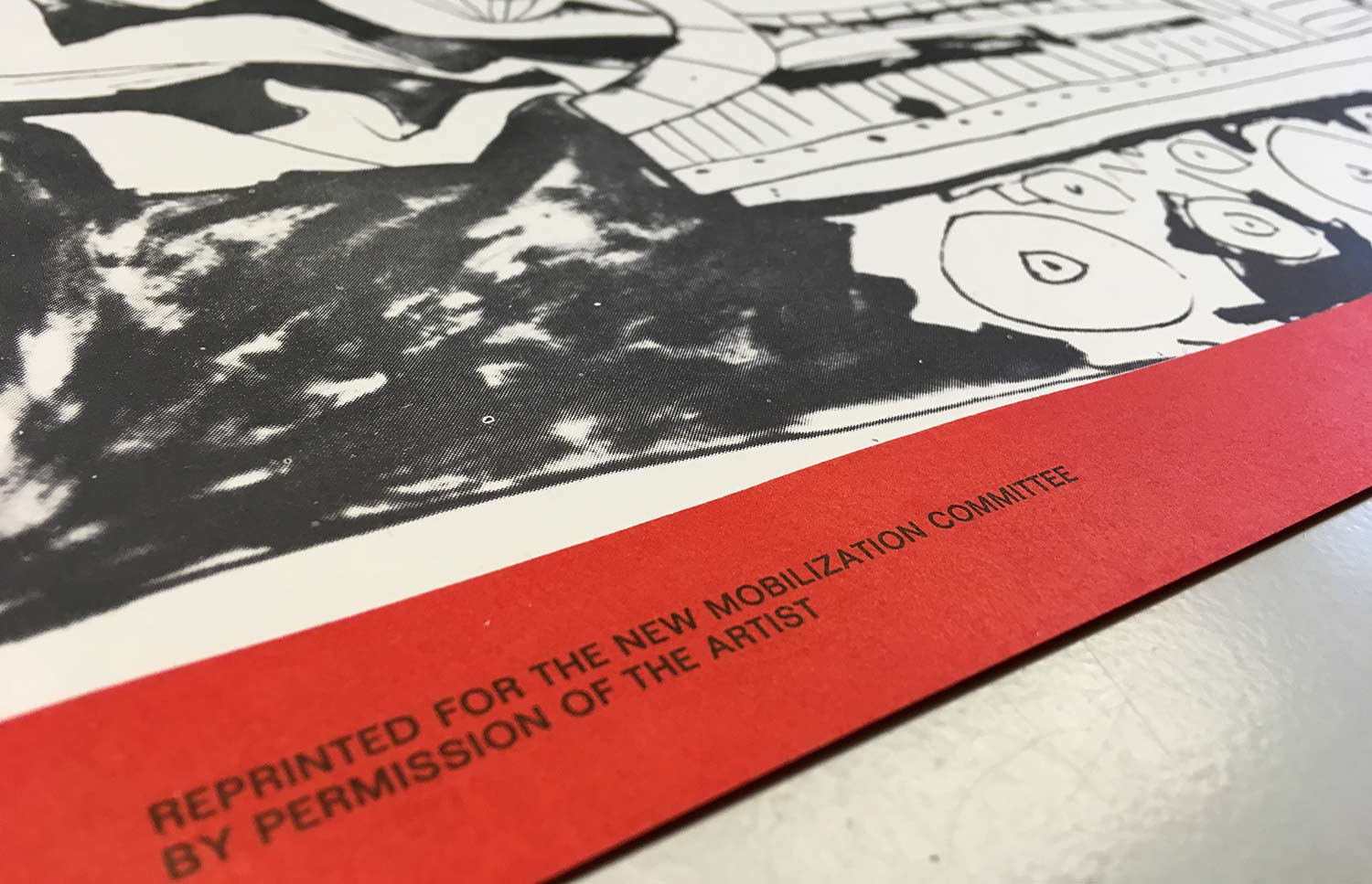