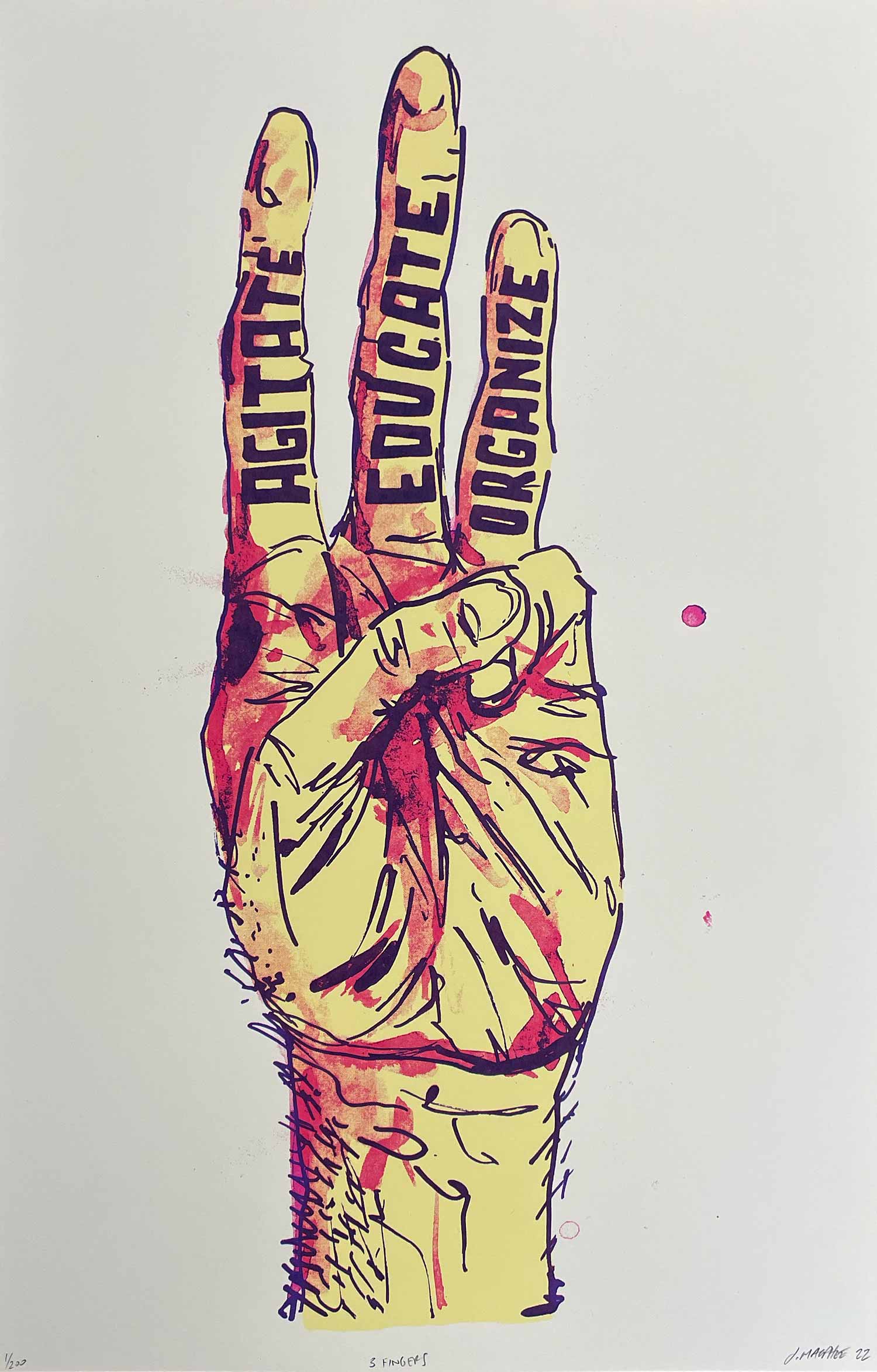 A new screen print edition of Three Steps, with a new, warmer color palette. I believe this is the 6th edition of this print, which speaks to the power of this hundred year old labor slogan! I originally designed it in 2010 from an earlier sketch, and it has since been screenprinted, offset printed, risograph printed, put on t-shirts by the Industrial Workers of the World (IWW), printed on stickers, and translated and printed in French.

There is something extremely powerful about the human hand as a formal device, which has been used so effectively by Käthe Kollwitz (see her Never Again War poster), John Heartfield (The Hand Has 5 Fingers), and the millions of images of people holding up two fingers for peace during the 1960s and ’70s. I like the three finger gesture because its meaning is less immediately clear than an open hand, or the peace sign, or a fist. And it fits perfectly with a three word slogan!

“Agitate, Educate, Organize” was a slogan of the IWW in the early 20th century, and has been used on and off by the labor movement ever since. It’s profoundly concise as a strategy for unionizing (or many things, actually)—first, you draw attention to the problem you want to fix amongst the people you share it with; second, you educate yourself and others about the problem and possible solutions; then third, you organize with people to build the power to make the change.

Since I initially designed this graphic a lot has happened. First, the Hunger Games books were made into movies, popularizing the three finger salute as one of solidarity. When I originally designed the image, I had no idea it was something in the book, and it certainly wasn’t part of popular culture. In 2014, the gesture jumped from Hunger Games into real life—on May 20th, martial law was declared in Thailand, leading to a military coup two days later. Dissent was suppressed, and protest banned, so young people took to the streets in small groups, raising the three finger salute as a coded and silent form of dissent. The connection between the
gesture and the protest is somewhat unclear, but many claim the fingers symbolized the three demands of the movement: freedom, elections, and democracy. In 2021, the iconic gesture jumped to Myanmar/Burma, becoming a dominant visual gesture of the ongoing uprising against military dictatorship there. Not only were people holding three fingers up in the streets, but thousands of posters and social media graphics were created featuring the three finger salute.

There screenprints were beautifully produced at Repetitive Press in Toronto. 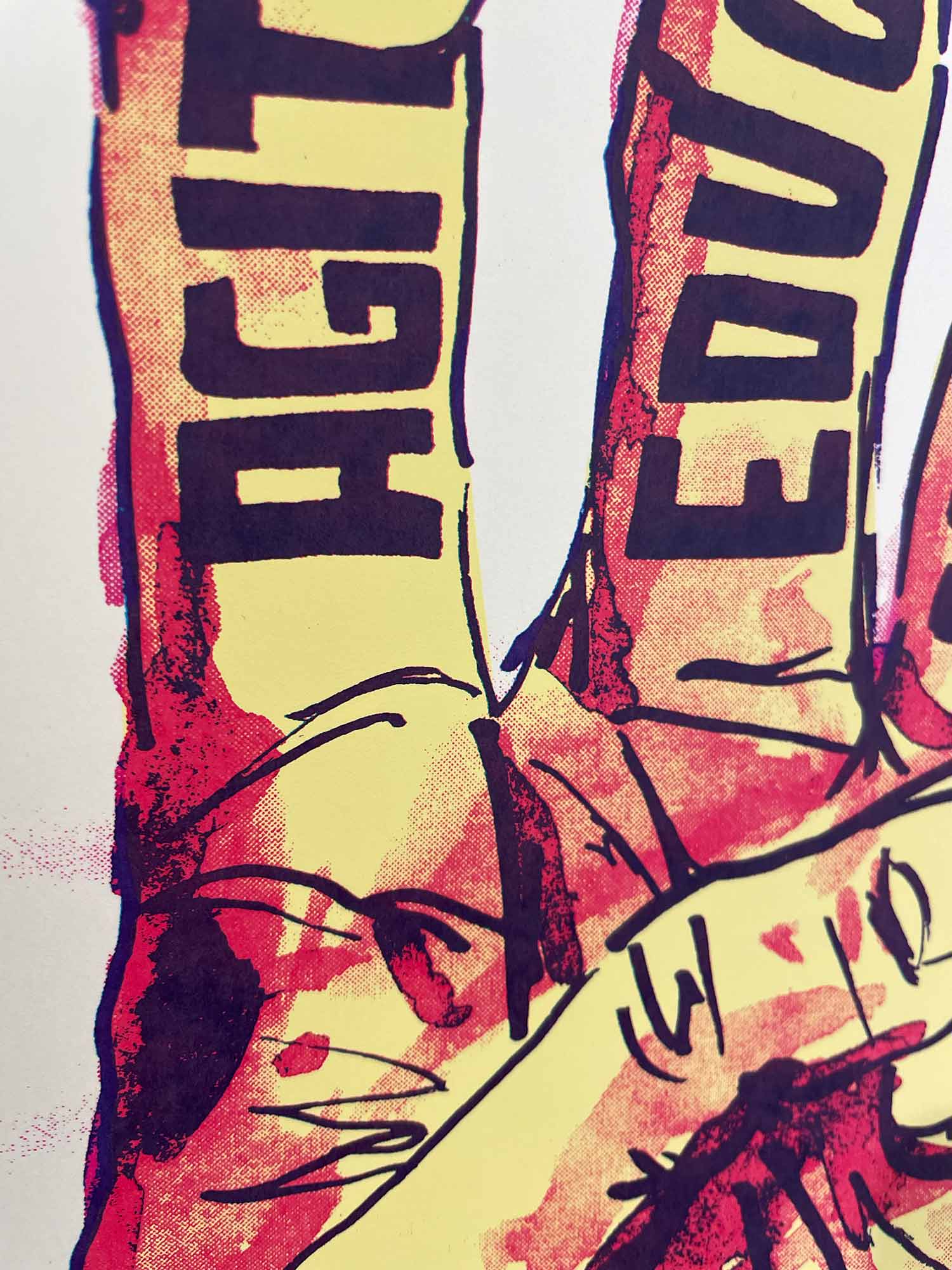 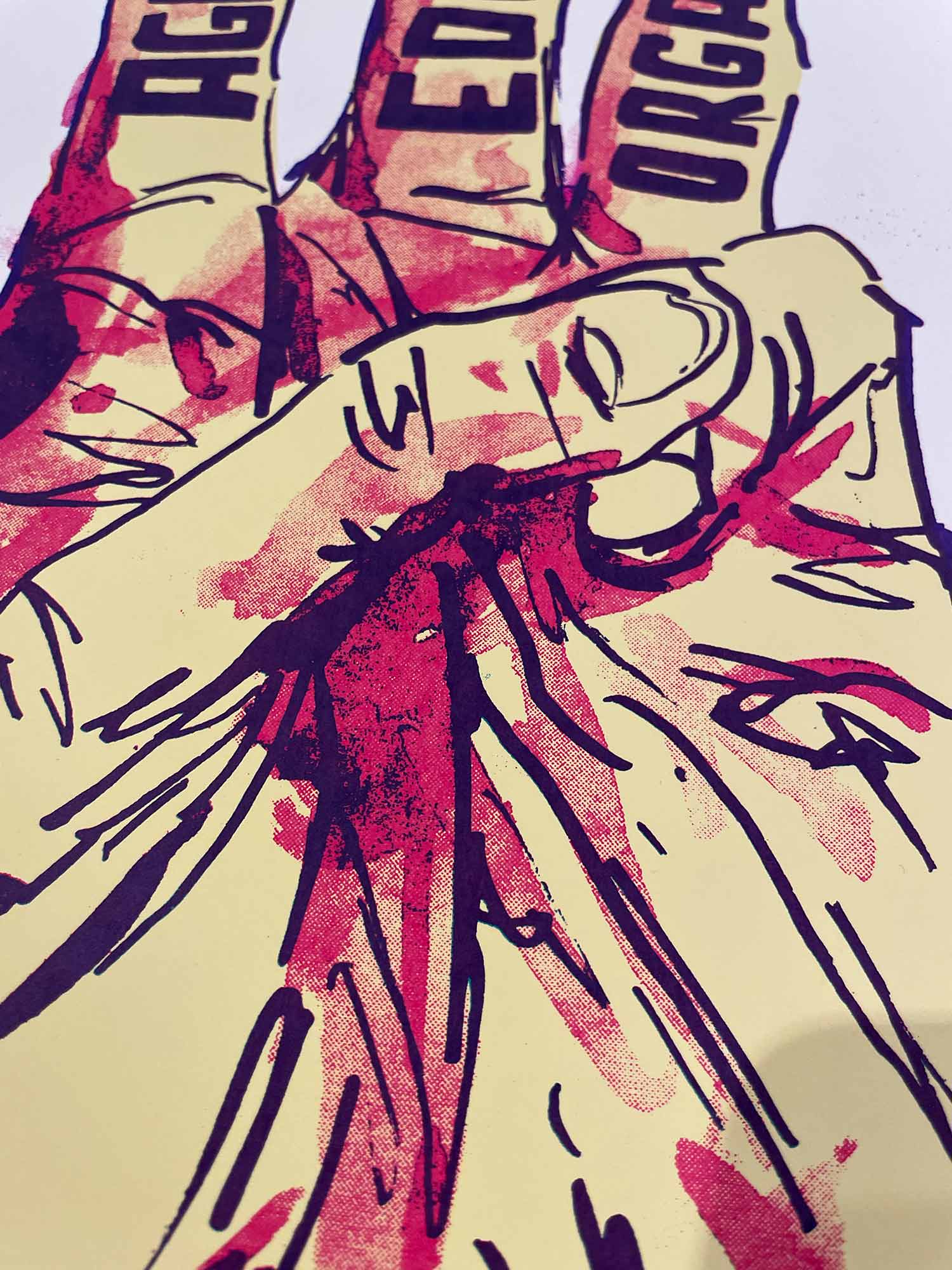 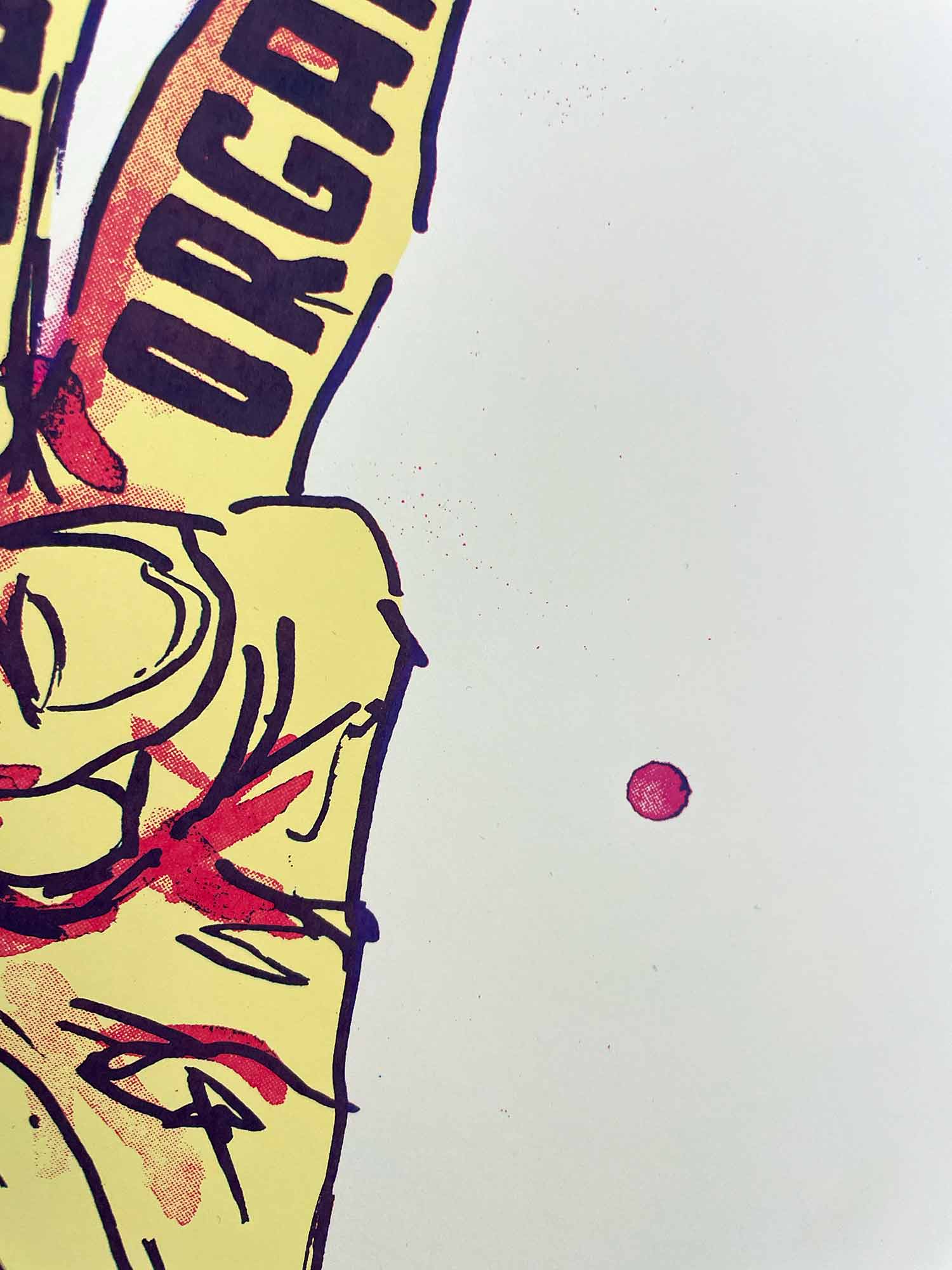 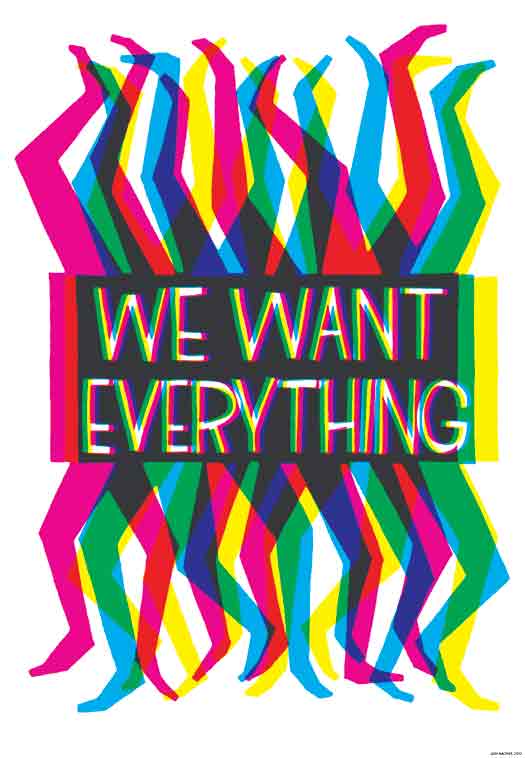 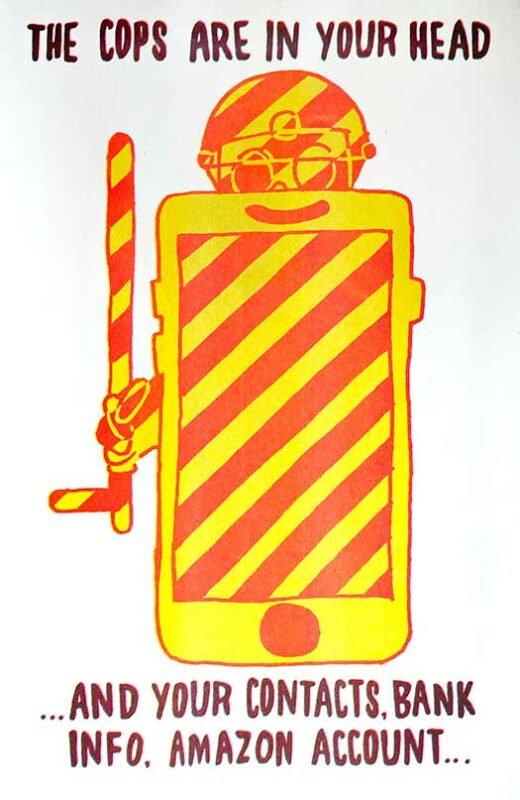