The Last Argument of Kings 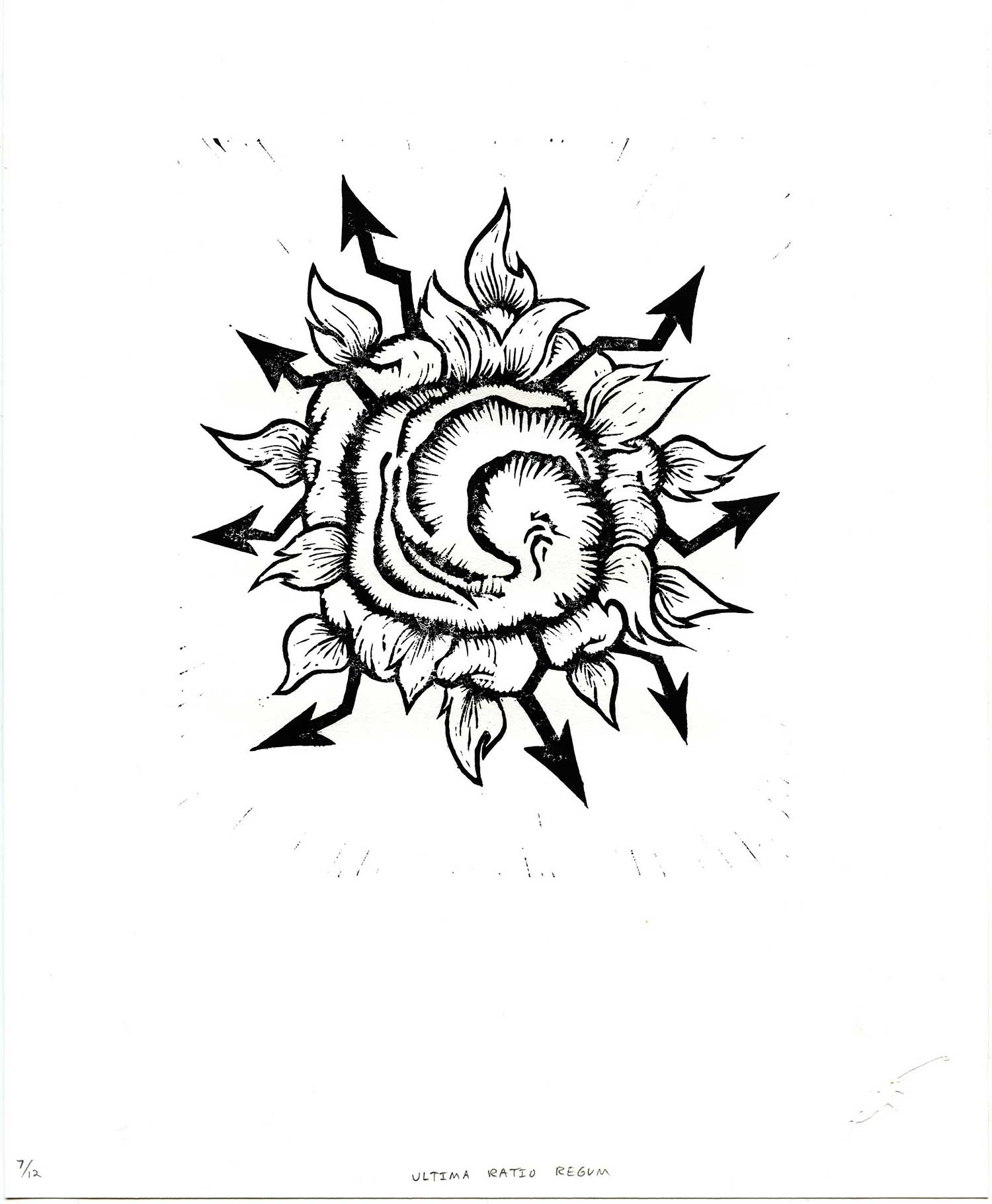 This is an interpretation of a relief illustration from a French cannon, manufactured in 1758, on exhibit at the Fort Pitt Museum in Pittsburgh, PA. The relief was accompanied by the Latin Ultima Ratio Regum, essentially “The Last Argument of Kings”, a phrase Louis XIV apparently had all of the French artillery emblazoned with.

The design of this relief really struck me, and it’s underlying concept has been whirling around in my head for months… An abstract illustration, on a cannon, of what a cannon actually does: fling explosive munitions through the air with the sole purpose of chaos, explosions calculated to kill as many people as possible, murderous domination through technology. It’s also a fantastically strange design: the cannon’s raw capabilities for murder were drawn directly upon its surface in an attempt at making the smoke, fire, shrapnel and confusion of an airborne missile into a warning to the canon’s user.

Maybe all modern weapons should be inscribed with such illustrations.

These prints were inked and printed by hand, rather than on a press. As such, there are slight variations per print. 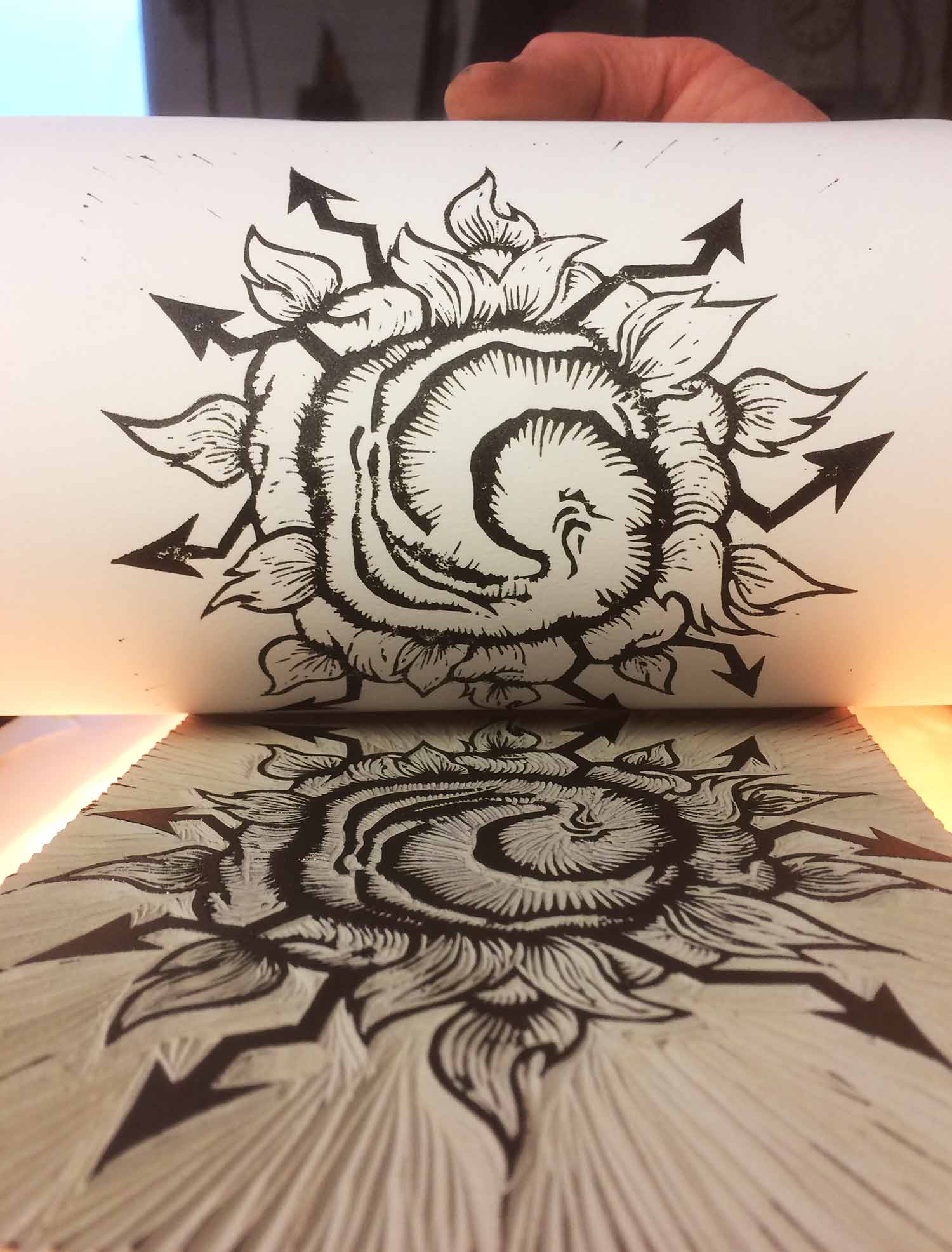 Below: detail from the original cannon, on exhibit at the Fort Pitt Museum in Pittsburgh. 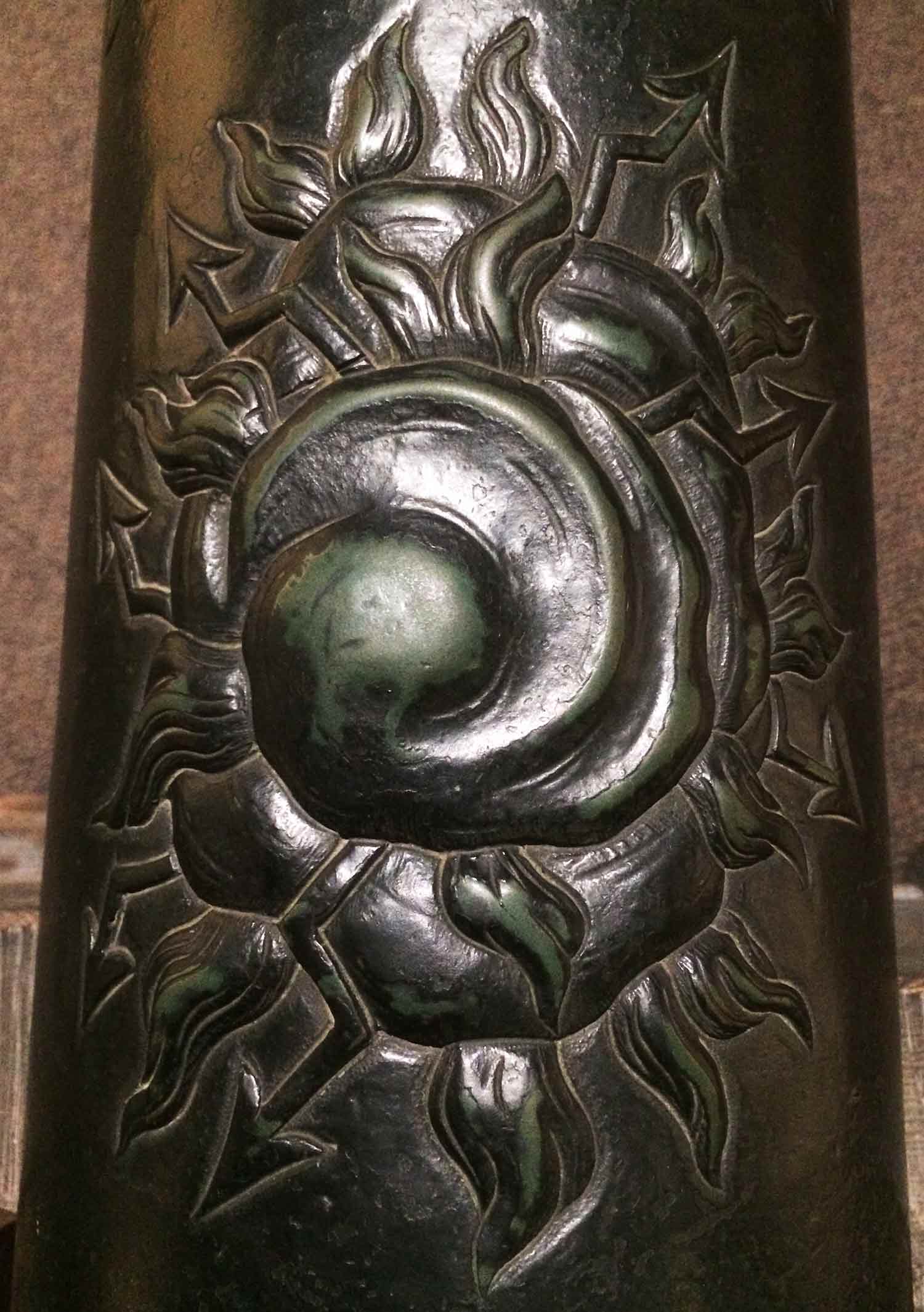