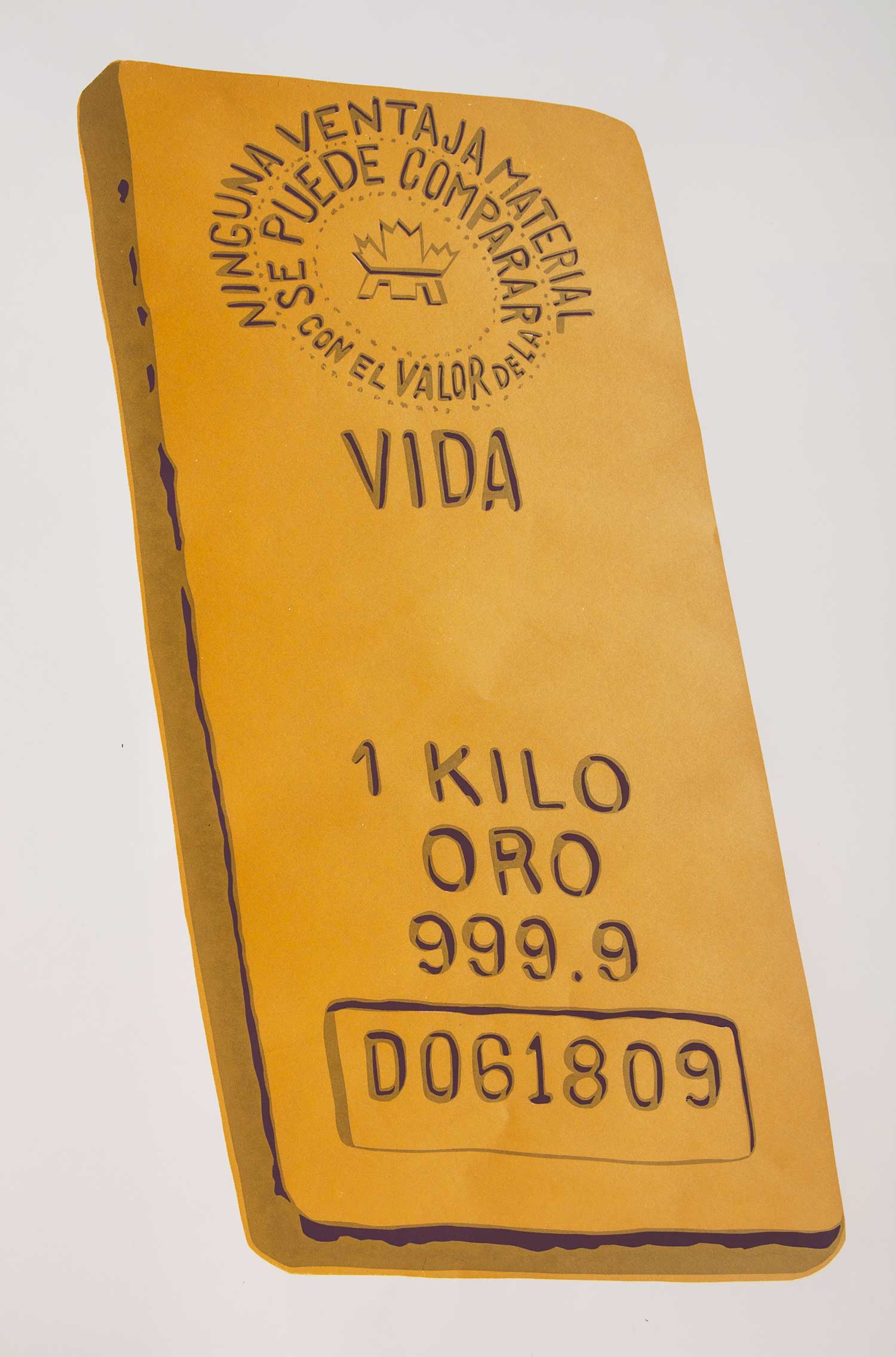 I made this design for Justseeds’ RESOURCED portfolio. There are only a few copies that were culled from the edition. They are not perfect prints, may be mis-registered or be inked unevenly.

The mining of Gold is a toxic and destructive practice. Affected communities in El Salvador have organized & effectively resisted the aims of Pacific Rim- a Canadian mining company- which had its permits revoked in 2009. In response to the desires of the El Salvador communities, Pacific Rim has filed a lawsuit against El Salvador under the CAFTA (Central American Free Trade Agreement) demanding 6 million in compensation. This poster exclaims “there is no material advantage more valuable than life”. Three community organizers were murdered in 2009. The disappearance of the first, Marcelo Rivera, is commemorated here June 18, 2009. His body was found 12 days later.