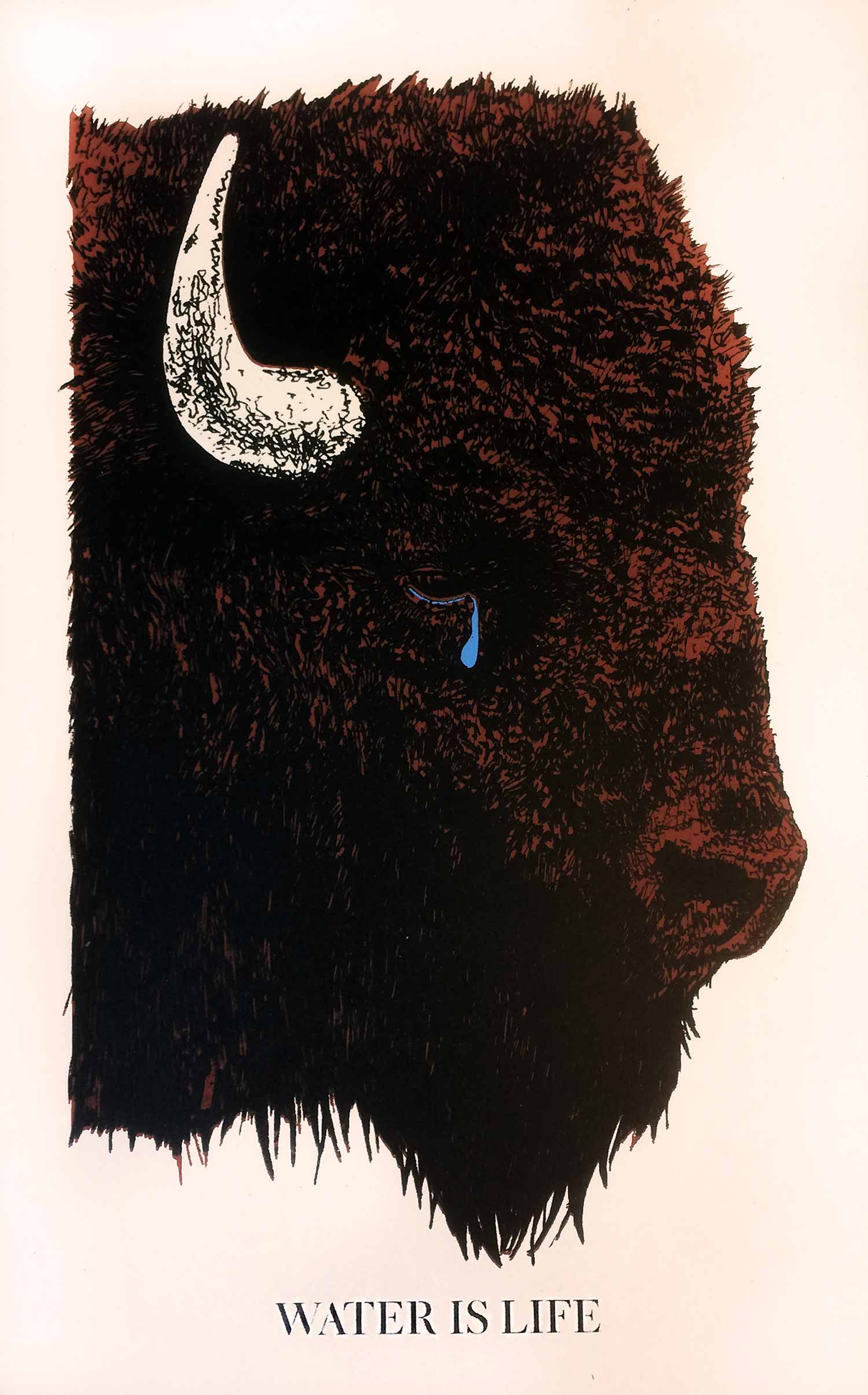 In 2016 and part of 2017, a historic gathering of Water Protectors, tribes, and allies gathered in North Dakota in solidarity with the Standing Rock Sioux to halt the construction of the Dakota Access Pipeline. The pipeline route crossed the Missouri and Cannon Ball River in an area of cultural, spiritual, and environmental significance for the Sioux, and directly through historic burial grounds, village grounds, and Sundance sites.

In October of 2016, nearly seven months into this historic struggle, and after mass arrests, mace attacks and beatings, a herd of buffalo suddenly appeared near the Standing Rock encampment, sparking a cry of joy from the Water Protectors. According to The Indigenous Peoples News during standoffs with riot police and the national guard, the Standing Rock Sioux had prayed for assistance from the Buffalo, a symbol of sacrifice. The report noted, “Native Americans maintain a spiritual tradition with bison, believing that as long as buffalo—a gift from the Great Spirit—roam free and as long as the herds are bountiful, the sovereignty of indigenous people would remain strong.”

These are a small handful of artist’s proof prints from the edition that Aaron originally printed for our Community Supported Art subscription program in 2017.