We Are Born in Flames 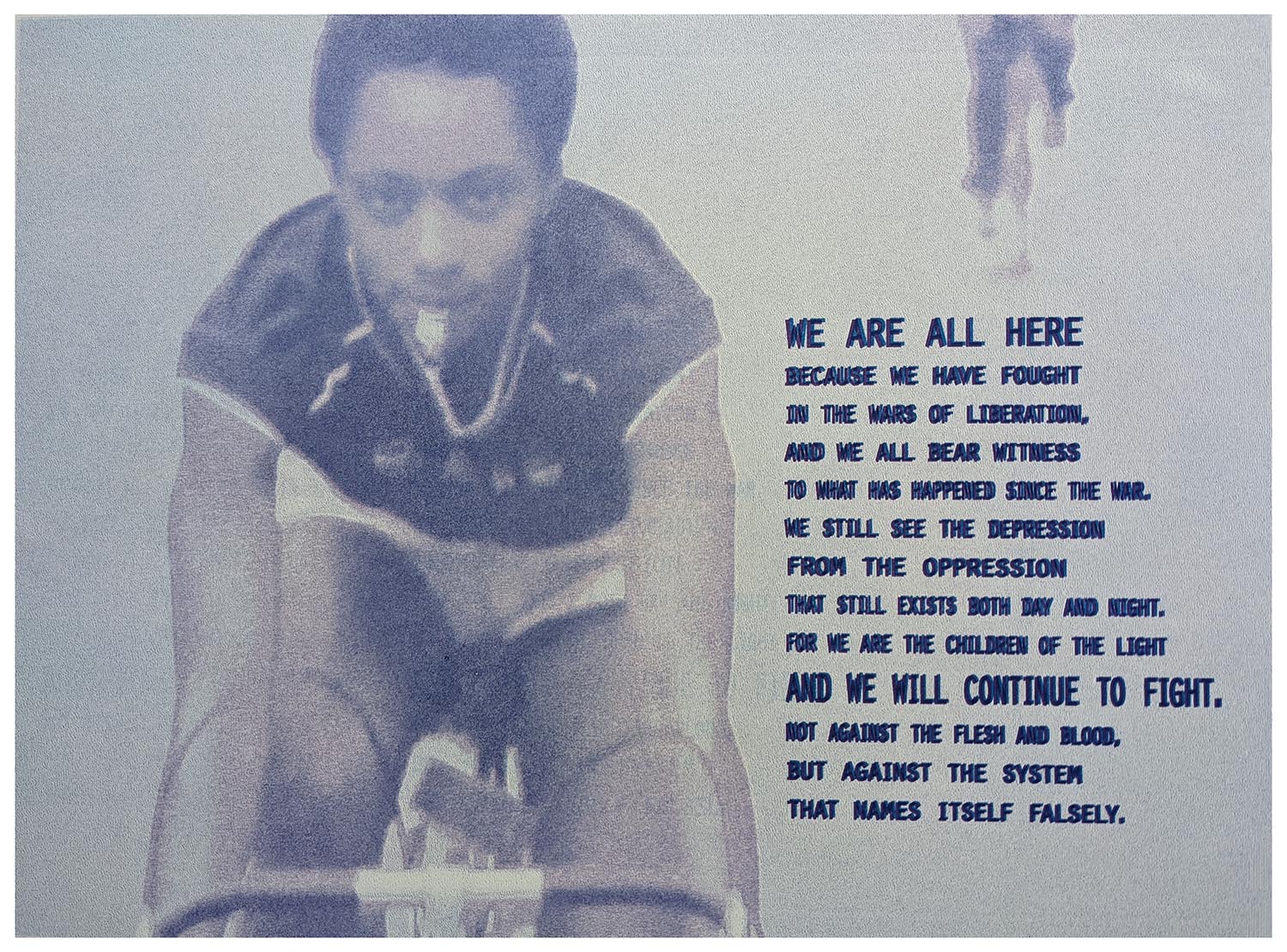 Lizzie Borden’s feminist dystopian film Born in Flames (1983) has been a touchstone for several of us in Justseeds. It imagines an underground intersectional force of women fighting for liberation after the new US socialist government fails to deliver on its promise of radical change. For this piece I adapted a film still from a scene where a bicycle brigade comes to aid a woman facing sexual violence and street harassment. To me this was a powerful representation of protection we find in each other against the violence of the state. The text was written and spoken by Honey, a DJ on the pirate station Phoenix Radio – a clarion call and reminder that we will continue to fight for our survival and collective liberation, even as women, trans, and queer folks face attacks by politicians, the courts and right wing culture warriors on our bodily autonomy.

“We are all here because we have fought in the wars of liberation, and we all bear witness to what happened since the war. We still see the depression from the oppression that still exists both day and night, for we are the children of the light and we will continue to fight. Not against the flesh and blood, but against the system that names itself falsely.”

This print is being sold as a fundraiser for Richmond Reproductive Freedom Project, a grassroots abortion fund in Richmond, Virginia. 70% of the proceeds will go to RRFP, 30% will go to the Justseeds coop for labor and shipping costs.