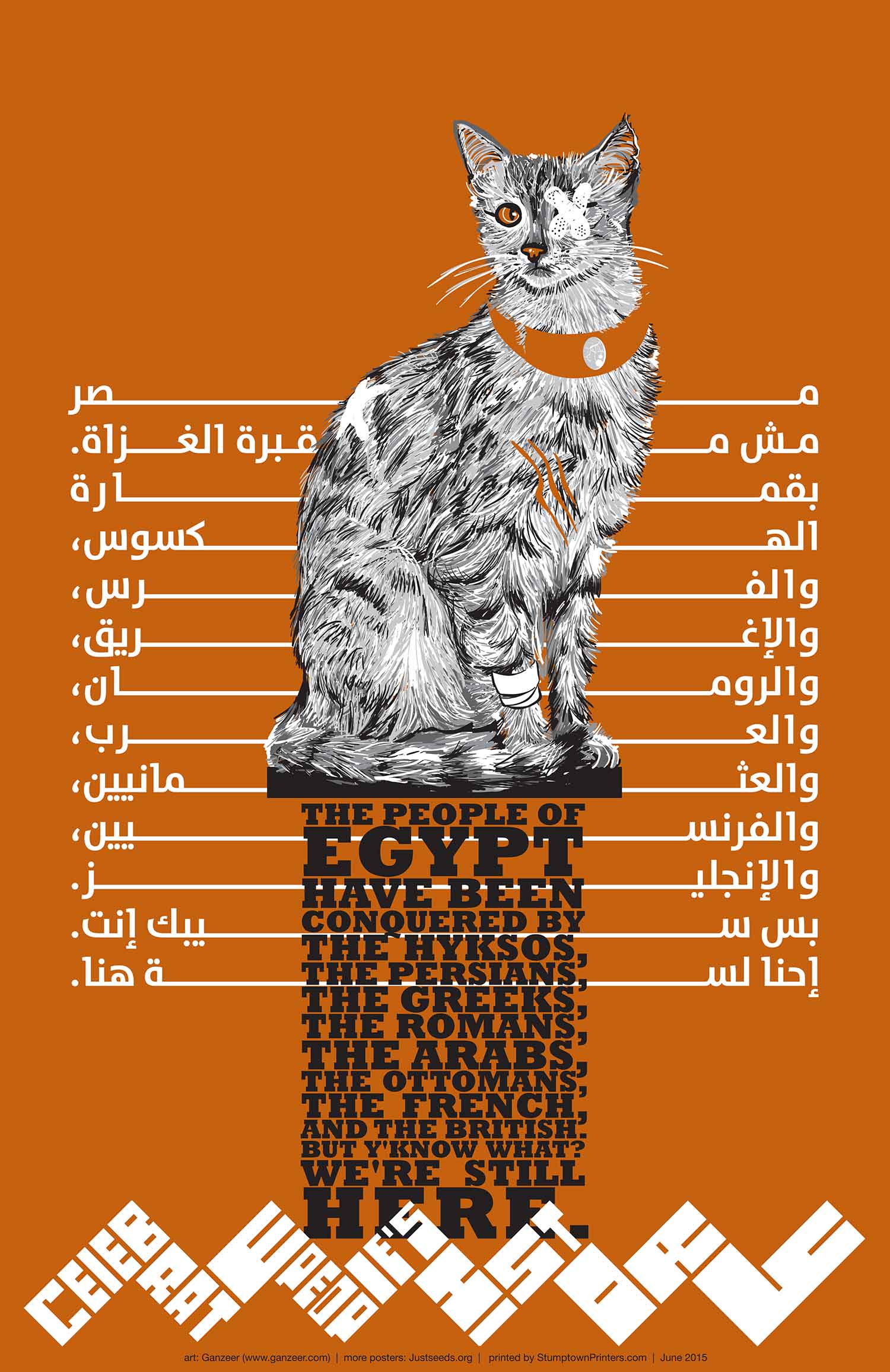 The people of Egypt have been conquered by the Hyksos, the Persians, the Greeks, the Romans, the Arabs, the Ottomans, the French, and the British. But y’know what? We’re still here.

This is #100 in the Celebrate People’s History Poster Series.

Ganzeer is an exiled Egyptian artist, designer, and storyteller. He has lived in Cairo, New York, Los Angeles, Denver, and Houston, where he is now based.