Annice Jacoby for Precita Eyes Muralists, ed.
Street Art San Francisco: Mission Muralismo
Abrams, 2009
I gotta say, at the first crack of the spine of this book I was immediately nostalgic for San Francisco, strangely enough a city I’ve never even lived in! There was something extremely powerful about the streets of SF between 1997-2004, even for a visitor and outsider like me. Coming to the city, and the Mission District in particular, was like walking into a giant, explosive, exciting car crash of ideas, experiences, ideologies and people. The walls literally dripped with the shrapnel, covered with the remnants of 1970s & 80s murals, anti-gentrification screenprinted posters, art student graffiti, Latino gang markings, weirdo street artists, anarchist slogans, and billboards triumphantly announcing the dot-com and real estate booms. And for the most part this book does a great job of capturing that energy and feeling, carrying us through the blur.
Although Street Art SF is broken into sections, they are fairly hard to distinguish, which in many ways is a good thing, allowing the reader to flow from one style to another, fade between histories, jump between artists, just like a pedestrian on Valencia, Bryant or Mission streets would. Don’t let the title fool you, this isn’t just another edition pulled of the seemingly endless conveyor belt of dull “Street Art” book cash-ins. Likely a smart marketing move to put street art first in the title, this is really a mural book that understands and values the contributions that street art and graffiti have added to the brew of public expression.

From an outsider’s perspective the book is quite exhaustive, from the origins of the SF mural scene in Diego Rivera’s 1930s/40s trips to the Bay Area to the Billboard Liberation Front and everything in between. So many of the diverse artists that have added to the walls of SF are in here that it makes the head spin (including Rivera, Robert Crumb, Spain Rodriguez, Juana Alicia, Susan Kelk Cervantes, TWIST/Barry McGee, Margaret Kilgallen, Susan Greene, Ester Hernandez, Michael Roman, ESPO, Mona Caron, Scott Williams, SF Print Collective, Chris Ware, Rigo, Swoon, Cuba, Andrew Schoultz, Ray Patlan, Aaron Noble, Ivy Jeanne, Heart 101, Aaron Noble, and hundreds of others). By carrying us back and forth through all these artists and history, the book helps express the larger birds eye view of the Mission scene, something that is different and more than just a sum of its parts. But don’t worry, most of those parts are here, too, and many of them not just captured in images, but also in the words and ideas of the artists. The pictures tell a million stories, but thankfully we’re given some written history and stories too. Each page answers questions I’ve always had, including the origin of the thumb-sucking Wolverine painting in Clarion Alley, how the Balmy Alley murals came to be, and the names and pieces of stories of dozens of artists whose work I’ve admired on the street for years but I knew little or nothing about. Although I first started visiting SF in the mid-90s, it wasn’t until 2001-2003 that I started spending significant time in the city, or adding to the messages on the walls (full disclosure: one of the quick and dirty murals I designed with friends is featured in the book). It’s this period (more broadly 1997-2004) that is the most heavily featured in Street Art SF, and for good reason. San Francisco was caught up in the dot.com boom, which was extremely destructive to the existing Latino, artist, punk and activist communities (none of which were mutually exclusive, of course). The gentrification caused by the capital influx and frenzy of internet start-ups pushed hundreds of people out of their homes, and quickly replaced long-time community commercial institutions with businesses more “appropriate” for the new wealthy, largely white, population flooding the neighborhood (read: expensive restaurants, $5 lattes, fancy boutiques). The San Francisco Print Collective (SFPC), in association with the Mission Anti-Displacement Coalition (MAC), started covering the streets with posters about gentrification, often raising direct issues around the actions of specific politicians, the eviction of specific families, and the pros and cons of specific laws and referendums. The walls spoke to the specifics of people’s lives, so people spoke back to the walls, adding to them on a daily, if not hourly basis. Some of this political energy is captured in the book, but it gets relatively short shrift.
A similar flood of expression happened in 2003 as the US was gearing up to invade Iraq. I was living in Chicago at the time, a city known for its “clean” streets and lack of public expression, and landing in SF was a revelation. The walls (and windows, sidewalks, roll-downs, billboard, fire-hydrants, newspaper boxes, phone booths, etc.) were absolutely blanketed with anti-war art and messages. It was inescapable, and gave one the sense that the whole world was against this war (which was largely true), and that resistance was in the air we breathed (which was maybe true in SF, but not in other parts of the country). Unlike the usual corporate messaging reigning down on my head, trying to beat me into submission so I’ll buy so many things I neither want or need, the streets supported me, bolstering my opposition to the war and larger political outlook. Although an extreme example, I think this helps explain the powerful dialectic on the streets of SF, where political and social beliefs and actions encourage public art expression, and that expression in turn encourages deeper beliefs and actions. And this is Street Art SF‘s weakest point, it largely steers clear of all politics not rooted in traditional “community” concerns, i.e. the Latino heritage of the neighborhood, the role of women in the mural movement, etc. These are mosy definitely important issues, but it is a mistake to not see gentrification and war as community issues as well. Not that these are absent from the book, but they get little direct attention. The outpouring of opposition to the war is barely here, but without it, it seems extremely difficult to fully understand the streets of SF.
One of the real mysteries of the book, and its subject, is the collapse of the energy of the late 90s/early 00s scene. There is almost no images here from post-2005, and strangely enough, most of the ones included are wheat pastes by Swoon, a New Yorker. Why, when almost the entire book is dedicated to the cauldron of culture generated in SF, does Swoon become a place holder for all things post 2005? How does an explosive and vibrant community, making creative innovations in the realms of murals, graffiti, street installations, etc. get collapsed into the aesthetic of one non-SF artist? Murals are still being painted, graffiti is still going up, the community is still attempting to represent itself, yet the editors decided that little of this work from the past 4 years was worth including. And I tend to agree with them, in my visits, most of the new work is good, but it’s treading the same water as the great work of 1999 or 2003, and adding little new. The aesthetics are still there, but the active, moving, tumultuous social bodies that organized, marched, picketed, fought, and generally gave weight to the images and words on the walls are gone, at least for now.
Subjects

I just glanced through this book at the bookstore and it immediately appeared that it wasn’t the typical survey of work on the streets. It’s interesting to hear your take on it Josh, I’d like to look at it a bit more in depth.
Your inquiry about the lack of coverage in the book on the more direct expressions towards the various social conditions of the time that were ignored is an interesting note. I find it curious and unfortunate that the pieces most ephemeral and “vocal” are the ones least represented. Why does this happen so frequently?

I think part of it is that sometimes the stencils and flyers and graffiti’d slogans around war or housing or other issues are are seen as “less artistic,” in that they were made with less concern for developed aesthetics, and more for content/sloganeering/short term impact. Much of this material IS less interesting/compelling to look at than the murals and graffiti pieces in the book. What I am trying to say is that that doesn’t mean it isn’t important, especially for context and for understanding the work we do get to see.

Just Seeds:
Your deep and considered reading of Street Art San Francisco: Mission Muralismo, was a great service to the many ambitions of the book. Many comments volley with the social, political, cultural and artistic issues the book explores but can never claim encyclopedic intentions. This book represents about ten percent of the material gathered. What was left out is not better or worse on any standard of art or content. The book’s organizing principle deliberately avoided a chronologically delivered narrative, so the correspondents between older work and cutting the moment, might be seen as very related – both visually and impact on the social landscape. The central subject of the book is the Mission itself, as a buzz of dynamic investigation, expression and interaction. Street Art as a category to hold a multi-media tool kit, the book frames as Mission Muralismo – that includes the most traditional murals, even the tacqueria’s and the stencil, graff, paste, – making the Mission an interactive playground for public art, with both locals and lots of very indelible and ephermeral visitors – Os Gemeos, Ron English, Shepard Fairey, Deface, et al.
Please link this dialogue to the Mission Muralismo site – The good questions are raised because no subject is covered fully in the book, leaving room for many to share what the already bulging book couldn’t hold.
And an important SAVEtheDATE please come and spread the word to all. Nov 6 Mission Muralismo Book Bash@deYoung Free for all. All for Free. Music. Dance. Talk. Art. All artists in the book signing. 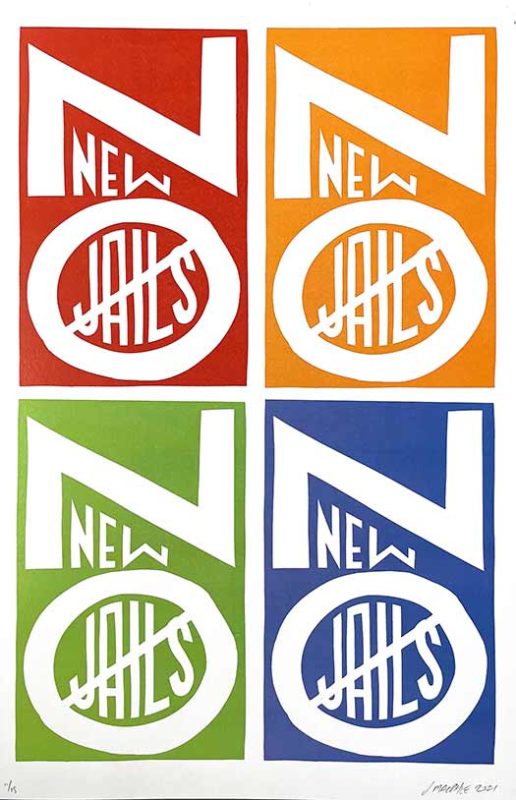