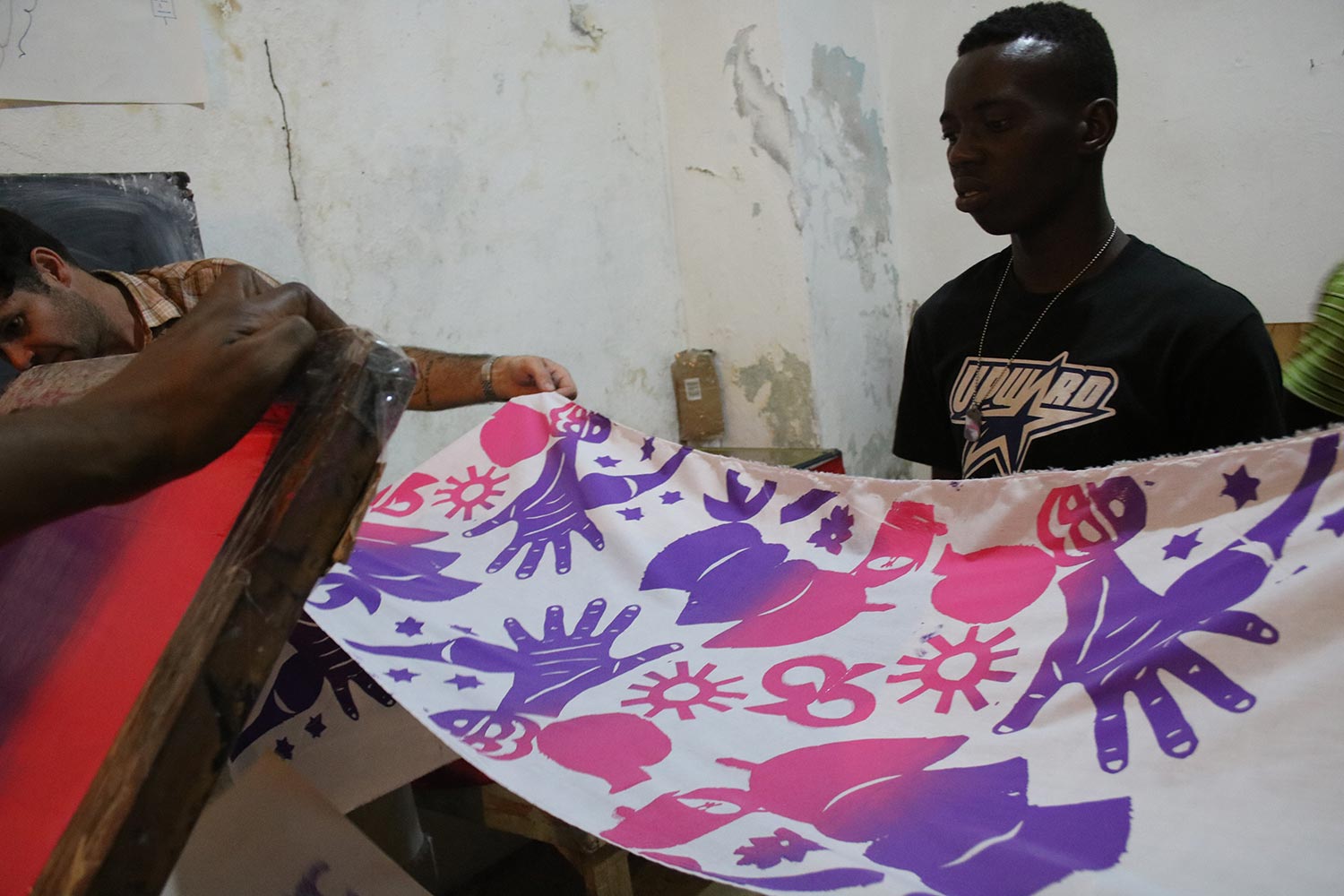 In February of this year I had the good fortune to travel to Jacmel, Haiti, to teach a class on screenprinting at a small community arts center called Jakmel Ekspresyon. It was a real treat to get to visit Haiti, a place I don’t think I would have visited without having a specific reason to go. I spent a week there, working with the students of JE to create a series of large repetitive prints on fabric, based on their drawings and ideas- a project that we came up with together during the process of negotiating the infrastructural demands that a print class requires. 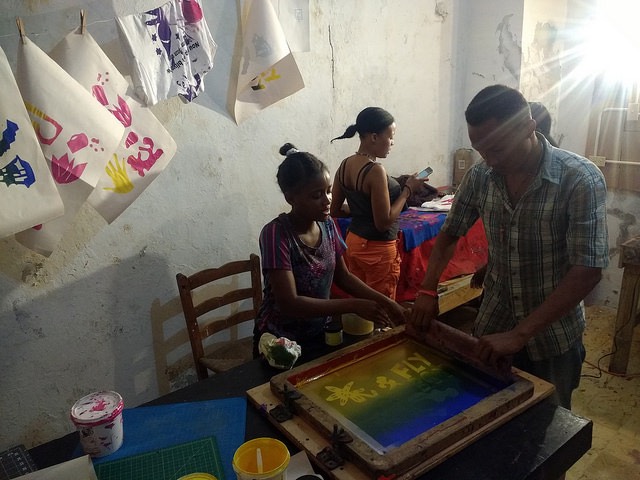 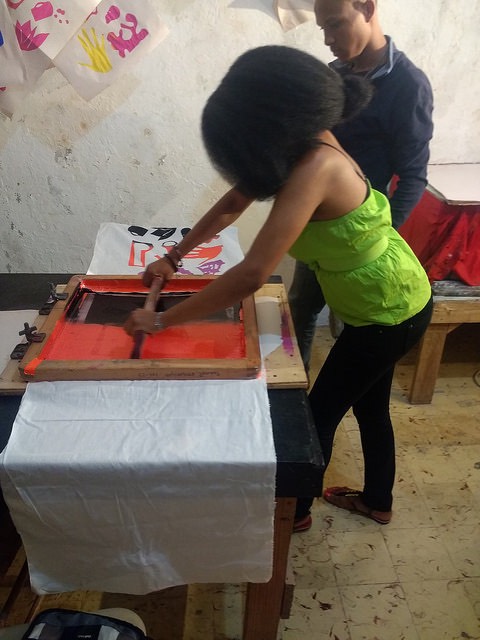 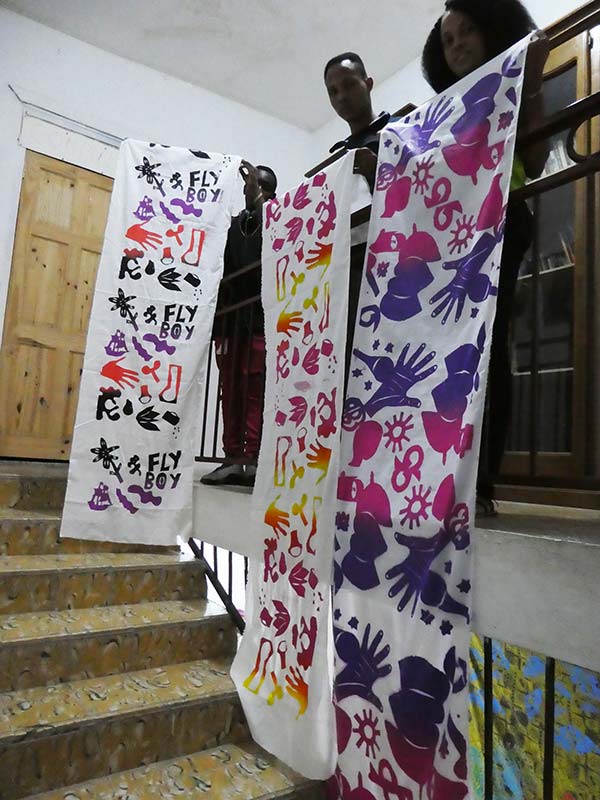 Jacmel is widely acknowledged as the arts capital of the country, and the streets in the old town were busy with preparations for Karnaval. There’s a vivid tradition of paper-maché in the town, and artisans were shaping and producing masks and costume elements in a familiar method- they make forms of clay, and then layer the maché on top. The mask is then cut off the form and the process repeats; an effective way to produce sculptural multiples. As a printmaker I appreciated the multiple- and the technique was the same as that which I used to make masks and puppets in the 90’s in Minneapolis. 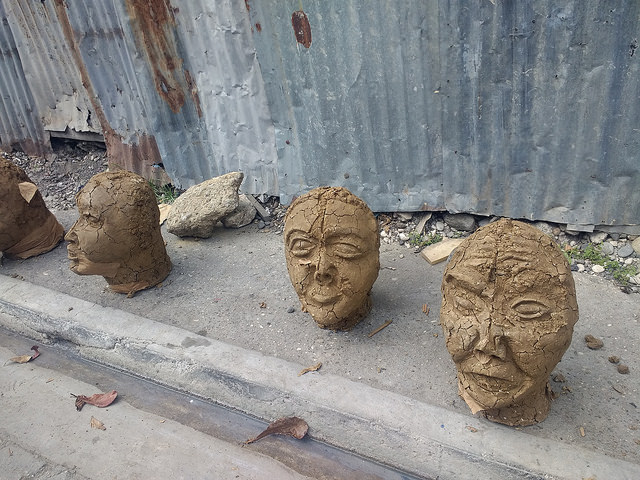 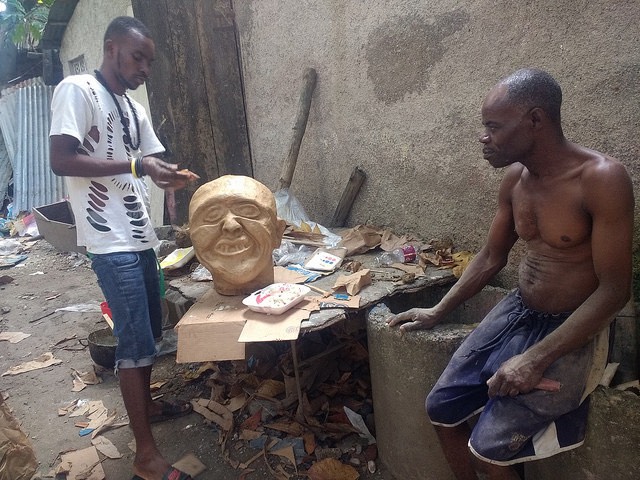 I visited a fort on the mountain behind the town- built by the post-revolution forces to surveil Jacmel Bay for any possible return of the expelled French. The revolution is very present in daily life- all of Haitian currency features, on one side, a leader from the revolution, and on the other side one of the many forts built all over the island to defend what they’d won: the first free republic of former slaves. 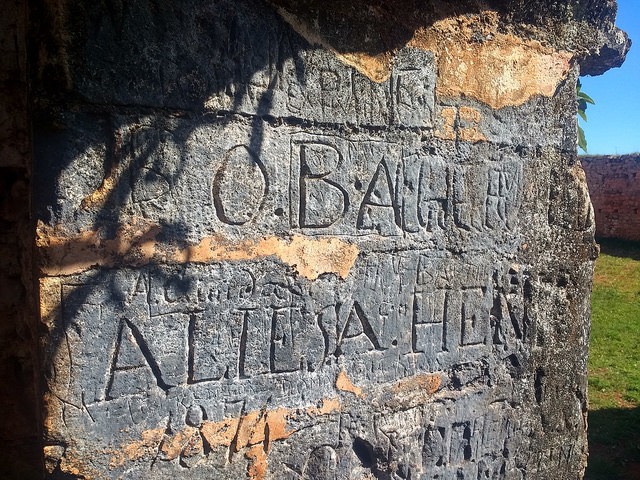 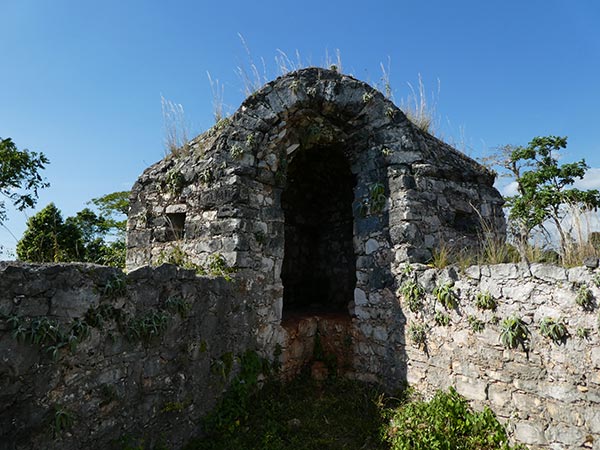 The last day of my visit it was Karnaval, and the streets thronged with kids and adults wearing amazing maché oufits and costumes- bats, demons, dinosaurs, flamingos, an eye-searing panoply of imaginative shapes. Being surrounded by a living tradition of creative and performative art like that was pretty spectacular. So much going on that I didn’t understand, and that was just the ticket. 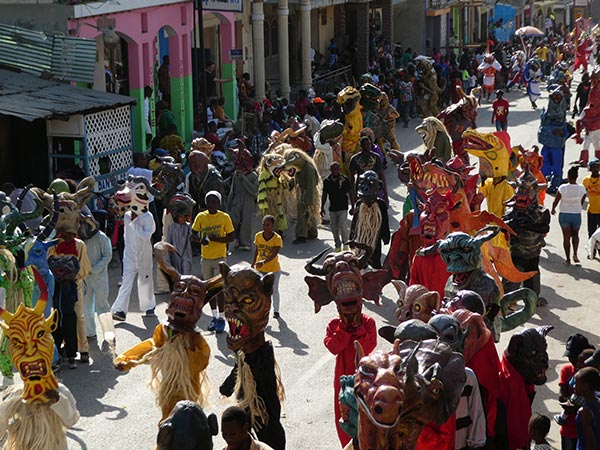 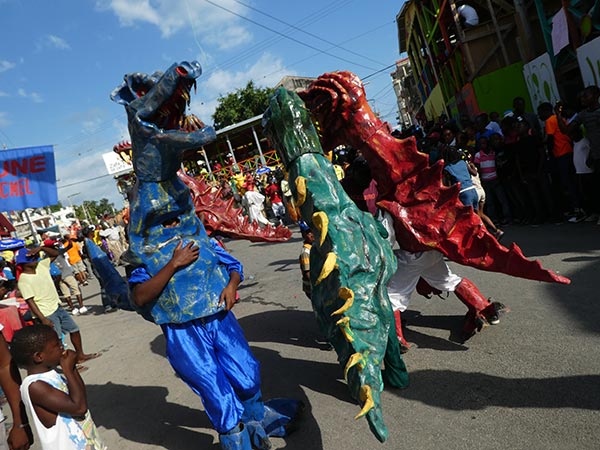 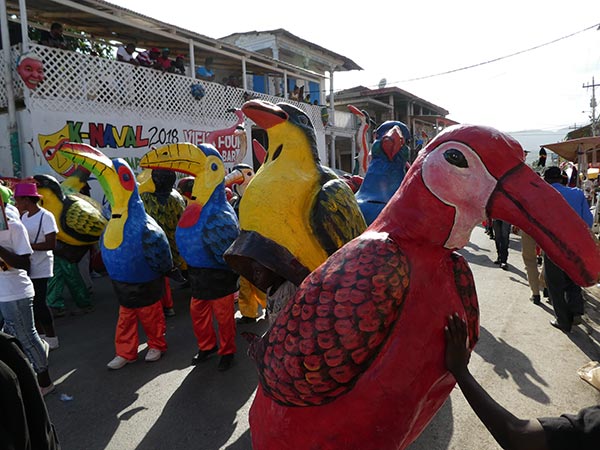 Jakmel Ekspresyon is an amazing place, teaching classes in electricity, sewing, art, computing, drama, and solar energy to young people of Jacmel. If you’re looking for somewhere to donate some money, consider them. They could use it, and they’ll put it to work.