I recently returned from England, the most highly surveilled region of Earth. It’s palpable. The presence of CCTV cameras is like the touch of a spider. Very like a spider, in fact, the analogy is apt. Many eyes, many legs, a great and sticky web. Spiderwebs have been used by humans over the previous centuries to staunch bloodflow and to catch fish, but it seems like they’ve reached their cultural apogee as a metaphor for the pervasive systems of observation in play in societies like England. The UK has taken public imposition of surveillance to a level not seen elsewhere: there is currently one CCTV camera for every 32 British citizens. CCTV coverage is sold as safety, as an antidote to “anti-social behavior” in a country so addled by fear and acid gossip that it makes the paranoia of the US seem quaint. There’s no slouching going on elsewhere, however: everyone is getting in on the voyeur game. Sweden is developing the Eye-Roller, a rolling drone device for airports and military bases. Graduate design students in Berlin came up with a throwable camera-grenade, that creates a 360-degree stitch-scape when lofted up into the air. The blog from which those two links came trills with a neo-futurist enthusiasm for the military/police capabilities and potential of these latter two technologies. Surely they’ll be used against terrorists, and presumably only the right sort of terrorists, yes? Perhaps this is evidence of just how far we’ve gone down the rabbit hole of fear. The Film Grenade is shown being thrown up in slow-motion high-definition languor, and this is just how we would like to believe that the surveillance architecture works. In our CCTV Arcadia, the innocent loft up the magic globes that catch up visions of the landscape, and the data captured is beamed directly to the helmets of the Rapid Response SWAT team, standing ever ready to ensure our safety with CS gas, LRAD sound-deterrents, nonlethal beanbag/plastic /rubber bullet rounds, 50-100,000 volts of sustainably generated electricity, and if all else fails a truncheon to the nuts. Welcome to the Future!
Subjects
Anti-capitalismCulture & MediaHousing & CitiesPolice & Prisons 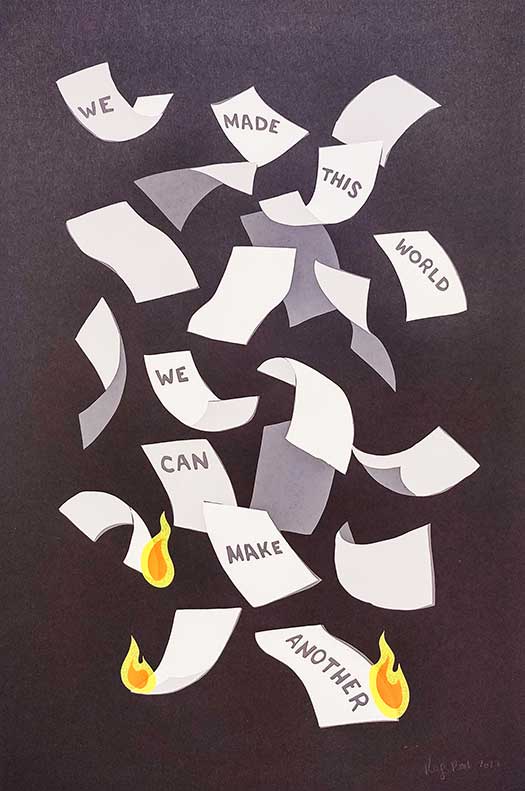