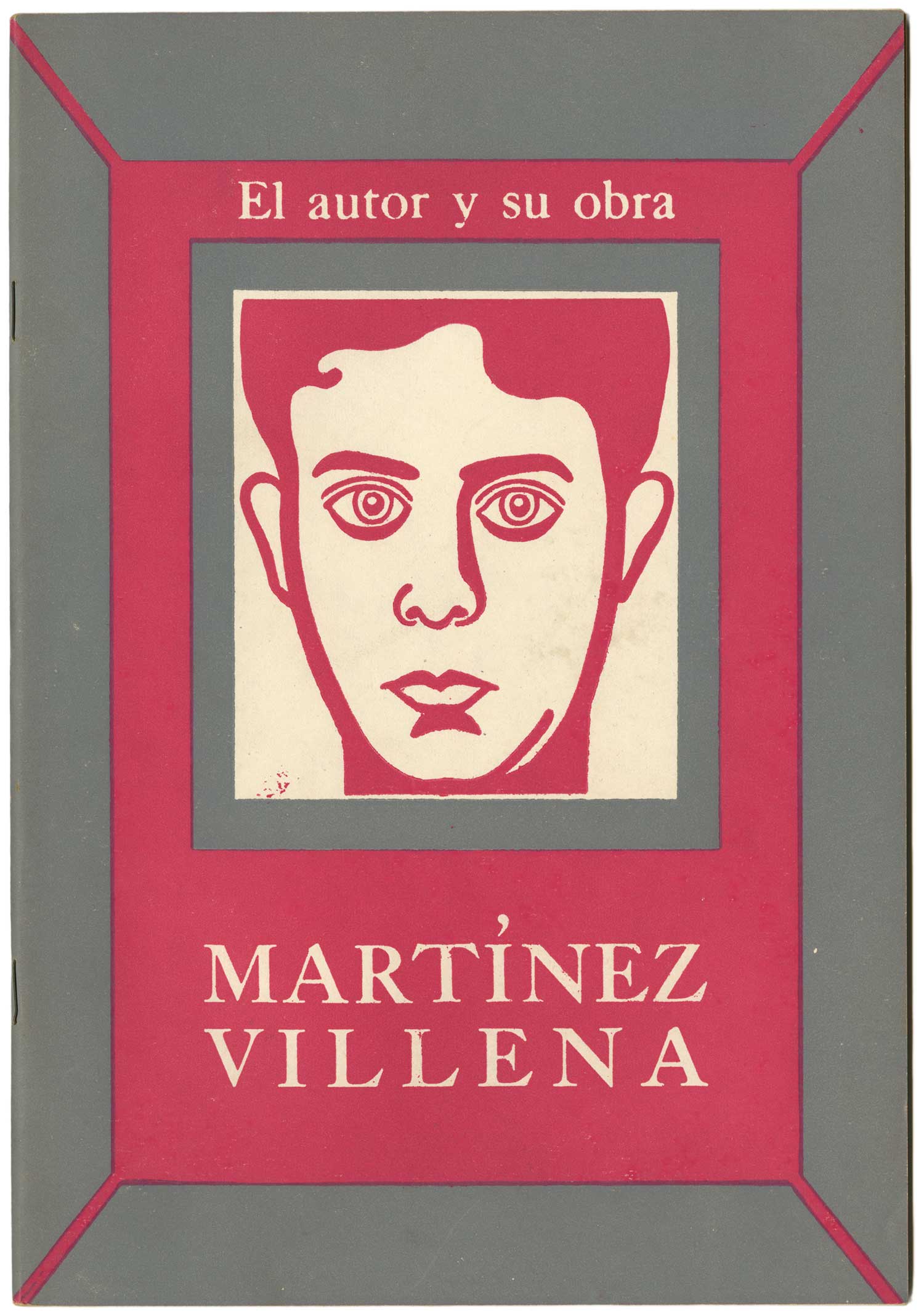 This week we find ourselves a decent distance from Ben Shahn. We’re looking at Cuba, actually, and in particular a really beautiful set of saddle-stitched publications put out by Editorial Pueblo y Educación. Published by the government, the series is titled “El autor y su obra”—The Author and His Work. In the 1970s more than fifty of these introductions to historical and contemporary authors, ranging far and wide—from Hemingway to Mayakovsky, Cervantes to the Incas. These eight volumes recently arrived at Interference Archive in a large and amazing collection of Cuba-related material donated by Margaret Gilpin. Each one shares the same overall design, done by Paco Sierra, with a different color-combination making up the frame-within-a-frame layout and a unique illustration of each author. As with all Cuban publications, each is produced at a named printshop, named and described on the final page. It looks like the Manuel Navarro Luna edition was printed at the “Alfredo López” shop in 1973. These are basically middle-school primers, and I’m trying to think back to what this kind of stuff looked like in my public school in Massachusetts in the 1980s. I honestly can’t remember, which is a big hint that it looked nothing close to as cool as these! Gorgeous! I want to see Mayakovsky’s!

Me too! I really hope more of them show up at Interference Archive some day soon!

Josh, you don’t mention how these are printed. They looked screenprinted to me. And I agree they’re striking and beautiful, I sure as hell don’t remember anything this cool in my grade school!

Hey Kevin, as for printing, they are difficult to place. Like other Cuban printing I’ve seen before, they have a feel that is reminiscent of screen printing (ink appears to sit on top of the paper in places, there are some smudges, etc.) but in other ways they seem more likely offset printed, or even possibly letter pressed. They almost look as if they were offset printed, but with house paint instead of offset ink!