Here’s a list of ten of my favorite quotes pertaining to the state of the world that I’ve gleaned in the past several years:
A: “We don’t change our behavior, we adapt to the results of it” James Tiptree Jr, 1972.
B: “This century will see the end of significant evolution of large plants and terrestrial mammals in the Tropics” Scott Soule, 1980
C: “…Extinction allows no second chance. There is a large measure of quixotic hubris in trusting human institutions to prevent something that is truly irrevocable. Unfortunately, there is no alternative.” John Terborgh, 1997
D:”So what if species go extinct? Extinction is a natural process. There have always been extinctions. So why worry about these extinctions currently being caused by humanity? And there has always been a pilot light burning in your furnace. So why worry when your house is on fire?” David Quammen, 1997
E:”One of the penalties of an ecological education is that one lives alone in a world of wounds.” Aldo Leopold.
F: “There is hope, though not for us” Franz Kafka
G: “My wife pleaded with me to bring you light. But there is no light. Everything is going to get unimaginably worse and never get better again.” Kurt Vonnegut
H: “There is no escaping the conclusion that in our lifetimes this planet will see a suspension, if not an end, to many ecological and evolutionary processes which have been uninterrupted since the beginning of paleontological time” Soule again.

I: “Dyera Costulata (Jelutong). Apcynaceae. Large tree to more than 60m tall. Unbuttressed and whorled branches. Bark grey, exuding copious white latex when slash (sic). Leaves 15 x 8 cm, elliptic-obovate in whorl at twig ends. Parallel secondary veins, glaucous beneath. Flower tiny, white, fragrant. Fruits are large flat woody follicles, curling to release two rows of winged seeds. Grows in lowlands, to 300m. Timber suitable for pencil or chopstick.” Bukit Nanas Forest, Kuala Lumpur, Malaysia.
J: “When the bird was asleep they carried it up to their bothy, kept it alive for three days, and then killed it with a stick, for there had been heavy gales not long before, and it might have been a witch.” From an account of the last Great Auk, St. Kilda, 1821 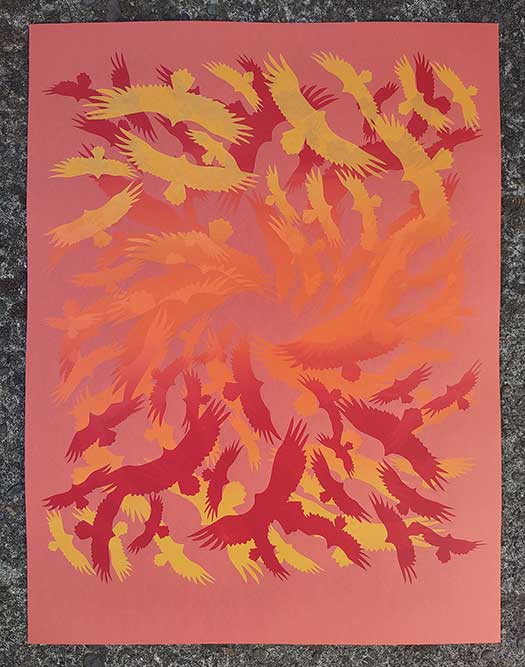