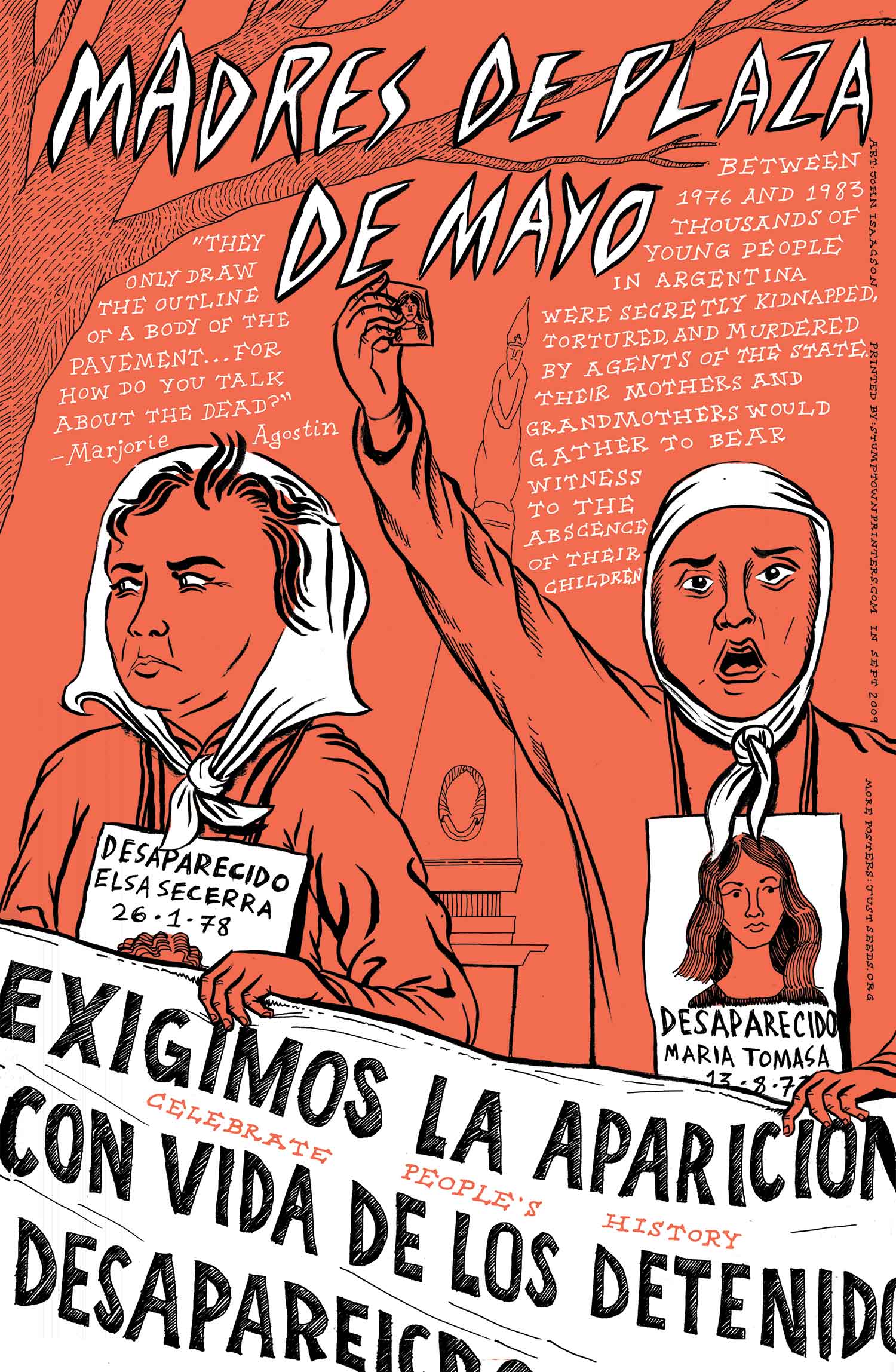 John Isaacson sent in this brief write-up about his CPH poster:

Las Madres de Plaza de Mayo gathered every Thursday afternoon in the Plaza de Mayo in Buenos Aires, Argentina to march and demand the right to reunite with their children who disappeared during the Dirty War from 1976-1983. The Dirty War was a period of state terrorism when roughly 22,000 people were tortured and murdered for a variety of political beliefs, including past or present dissent or opposition to the military dictatorship. After the dictatorship relinquished power, the mothers worked with the new government to locate and reunite with grandchildren born in concentration camps, to bring ex-officials to justice, and to carry forward the political agenda embraced by their children. The Thursday marches continue to focus on social and political issues. The white shawl has become a symbol of their movement. Growing up in California, I saw the marginalization of South and Central American immigrants all around me. I created this poster out of a desire to spread knowledge of political persecution of people beyond U.S. borders by military dictatorships benefiting from the silent support of the U.S. government.

John is the author and illustrator of DIY Silkscreening, published by Microcosm. You can find out more about him and his work HERE. His poster can be purchased for only $4 right HERE! You can check out all the Celebrate People’s History posters HERE. 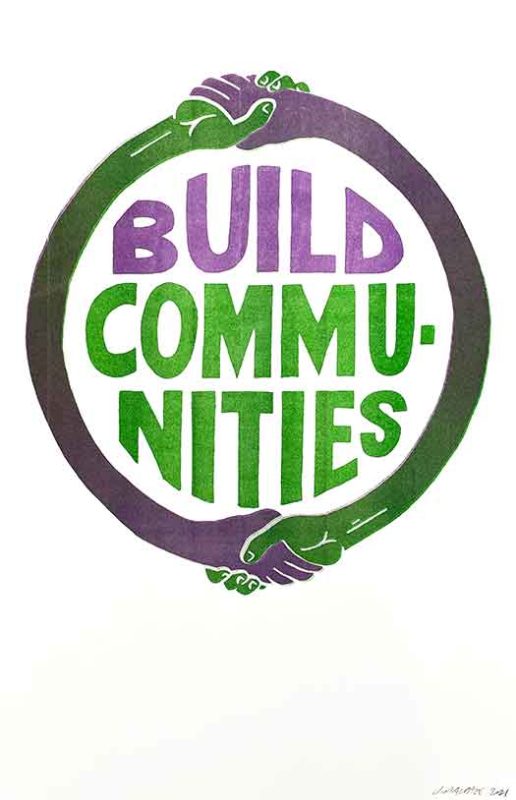