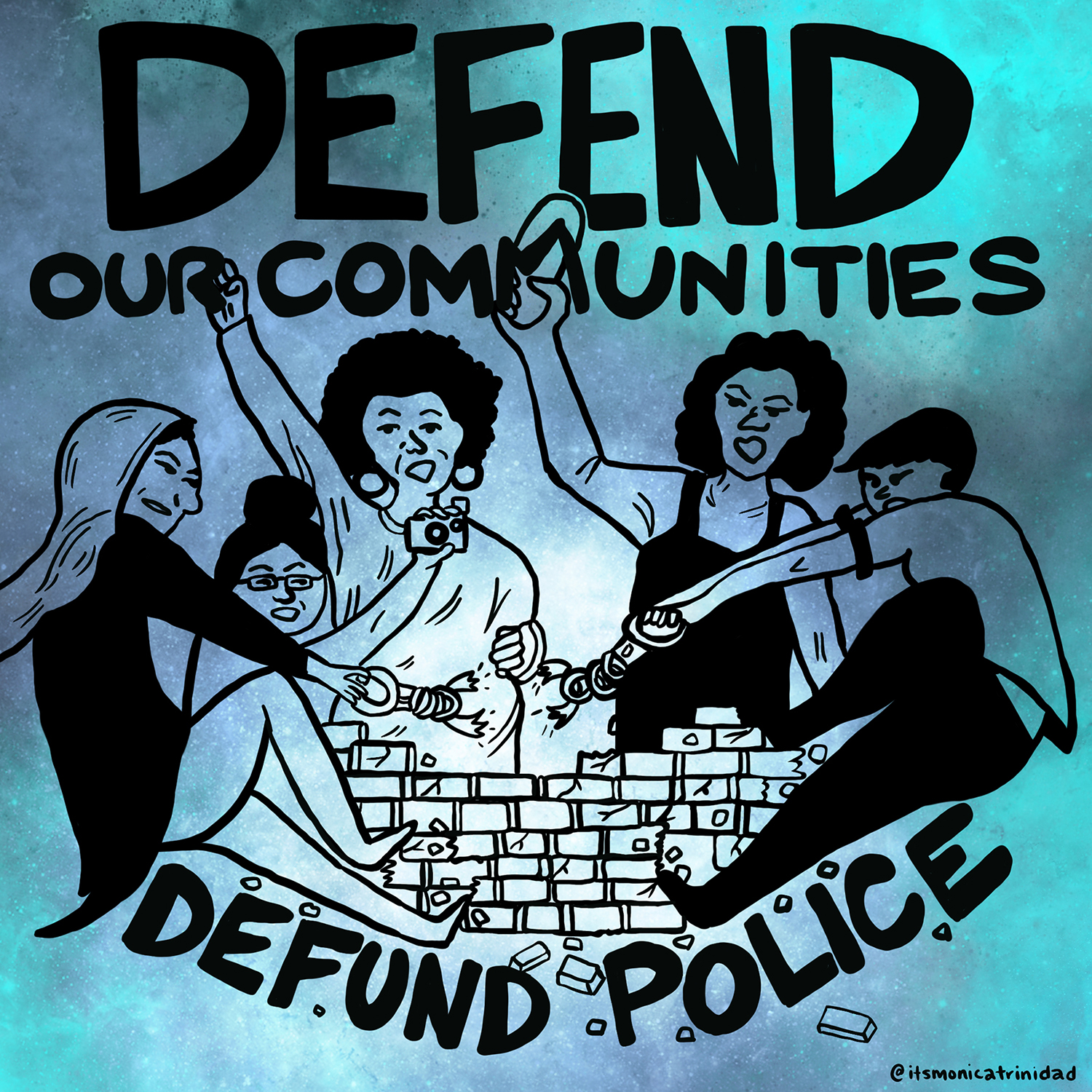 Monica Trinidad designed this graphic in response to the police violence that plagues the United States from Minneapolis to San Francisco and from Albuquerque to Chicago.

When originally posting the graphic Monica wrote, “What we don’t need to be doing right now is analyzing and critiquing the tactics, strategies, and individual & collective actions of Black people in the streets rising up against state violence and the police murder of George Floyd. What we DO need to be doing right now is donating to local bail funds, donating to local Black Lives Matter chapters and other efforts challenging police/state violence, listening for and sharing demands that come from the families & loved ones impacted by state violence, copwatching when you see Black people being pulled over, demanding a DECREASE in funding for police in your city (i.e. Chicago’s city budget includes over 40% of its total budget towards law enforcement), and so so so much more that will help in ending police/state violence. Respect a diversity of tactics. Support people most directly-impacted. Defend our communities and DEFUND the police.”

Image description: the words “defend our communities” are above an illustrated image of two people on opposite sides breaking handcuffs in front of a femme presenting person standing with their fist up and another person holding up a chancla (Spanish word for flip-flop or sandal) very defiantly. There are crumbling bricks at their feet and the words “Defund the Police” at the bottom.

Monica Trinidad is a queer, Latinx artist and organizer born and raised on the southeast side of Chicago. Learn more about here work here.