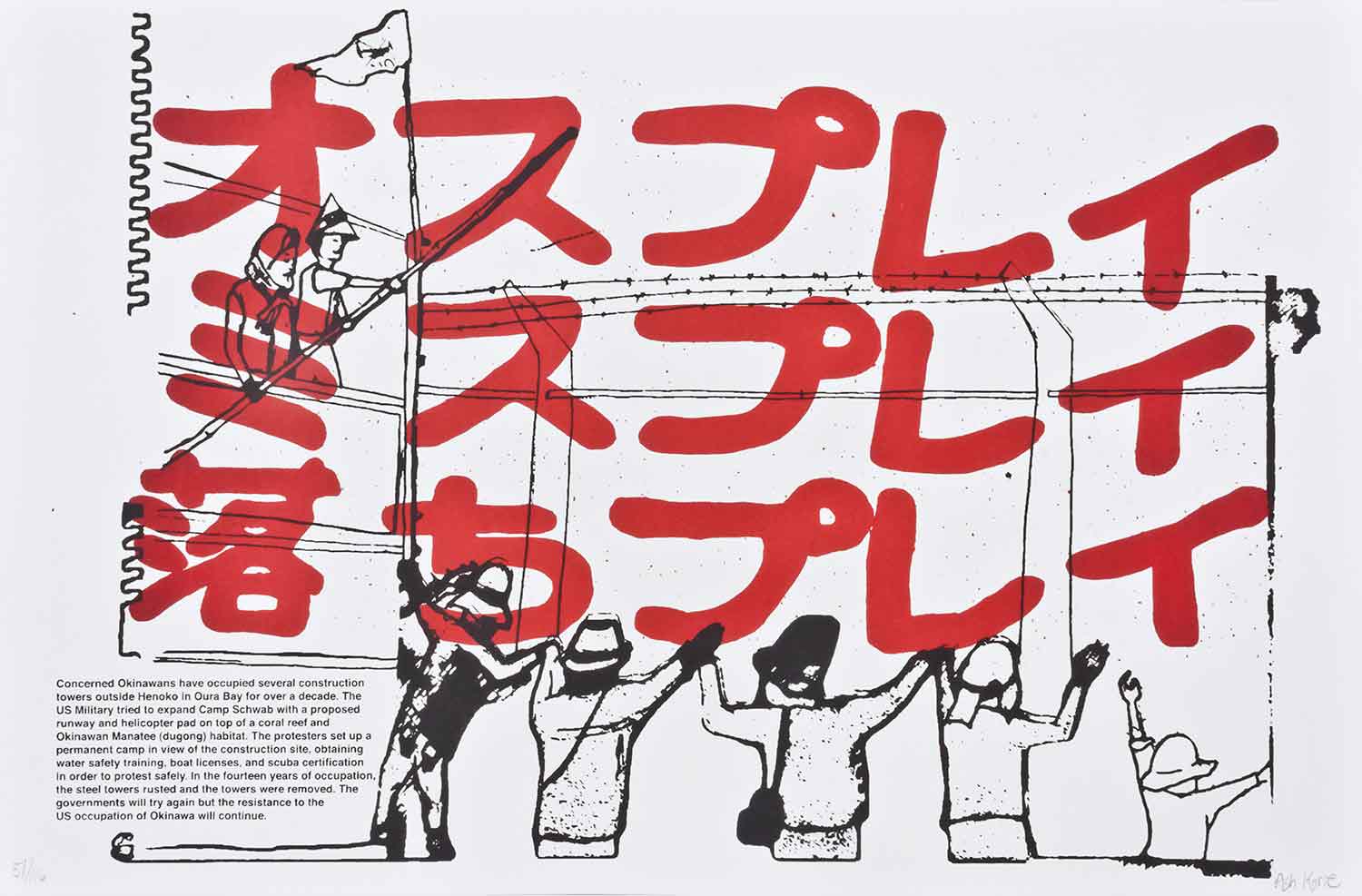 This image by Ash Kyrie is from Celebrate People’s History/Iraq Veterans Against the War: Ten Years of Fighting for Peace and Justice, a portfolio that celebrated IVAW’s first ten years and was produced by Justseeds, IVAW, Booklyn, Repetitive Press, and the Civilian Soldier Alliance.

Concerned Okinawans have occupied several construction towers outside Henoko in Oura Bay for over a decade. The U.S. Military attempted to expand Camp Schwab with a proposed runway and helicopter pad into Oura Bay on top of a coral reef and Okinawan Manatee (Dugong) habitat. Protesters set up a permanent camp in view of the construction site, obtaining water safety training, boat licenses, and scuba certification in order to safely occupy the construction towers. After 14 years, the occupation has stopped the expansion of the camp for so long that the steel used in the original construction towers rusted away and the towers had to be removed.

The U.S. Military will try again but the resistance to the U.S. occupation of Okinawa will continue.

Ash Kyrie is a Wisconsin Army National Guard veteran who served in Iraq, member of Iraq Veterans Against the War, artist, activist, curator, and educator living and working in Argyle, WI.