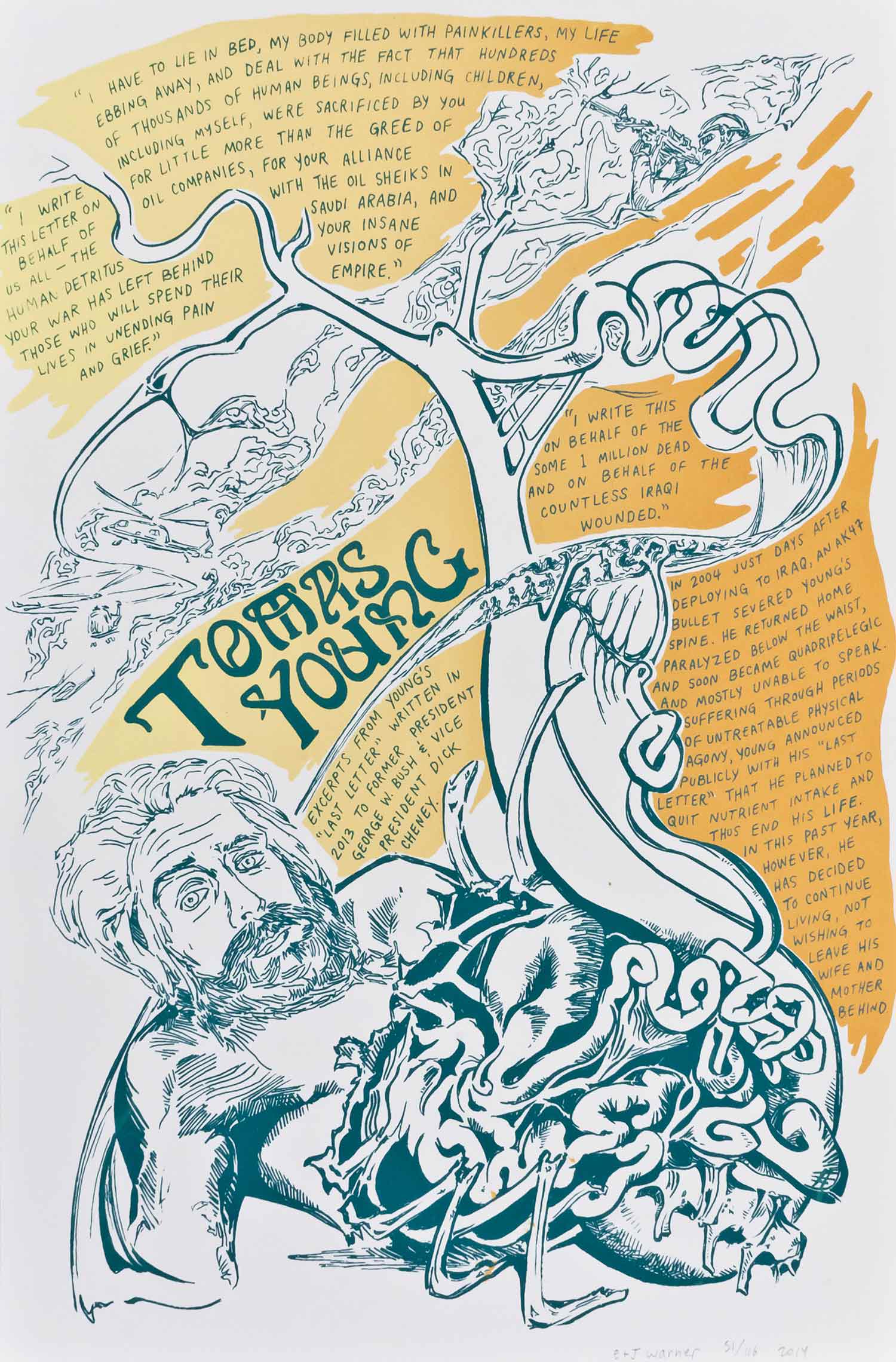 Tomas Young was a U.S. Army Iraq War veteran, member of Iraq Veterans Against the War, and one of the first veterans to come out publicly against the war. He was paralyzed by a bullet to the spine while deployed in Iraq. Two days after the September 11 attacks, Young was inspired by President George W. Bush to enlist in the United States Army. There he hoped to earn money for college through the G.I. Bill and, in his words, “exact some form of retribution” on those who caused 9/11. On April 4, 2004, five days after being sent to Iraq, Young was shot while riding in an open, unarmored truck during an ambush staged by rebels in Sadr City. One of the bullets pierced his spine and left him paralyzed from the chest down.

He returned home to Kansas City, Missouri, joined Iraq Veterans Against the War, and became one of the most outspoken and important public critics of the Iraq War.

Julia Warner is an artist and printmaker living in Santa Cruz, CA. She runs a small press and textile studio out of her basement, and is currently working on the first issue of an arts and literary magazine, The Materialist.