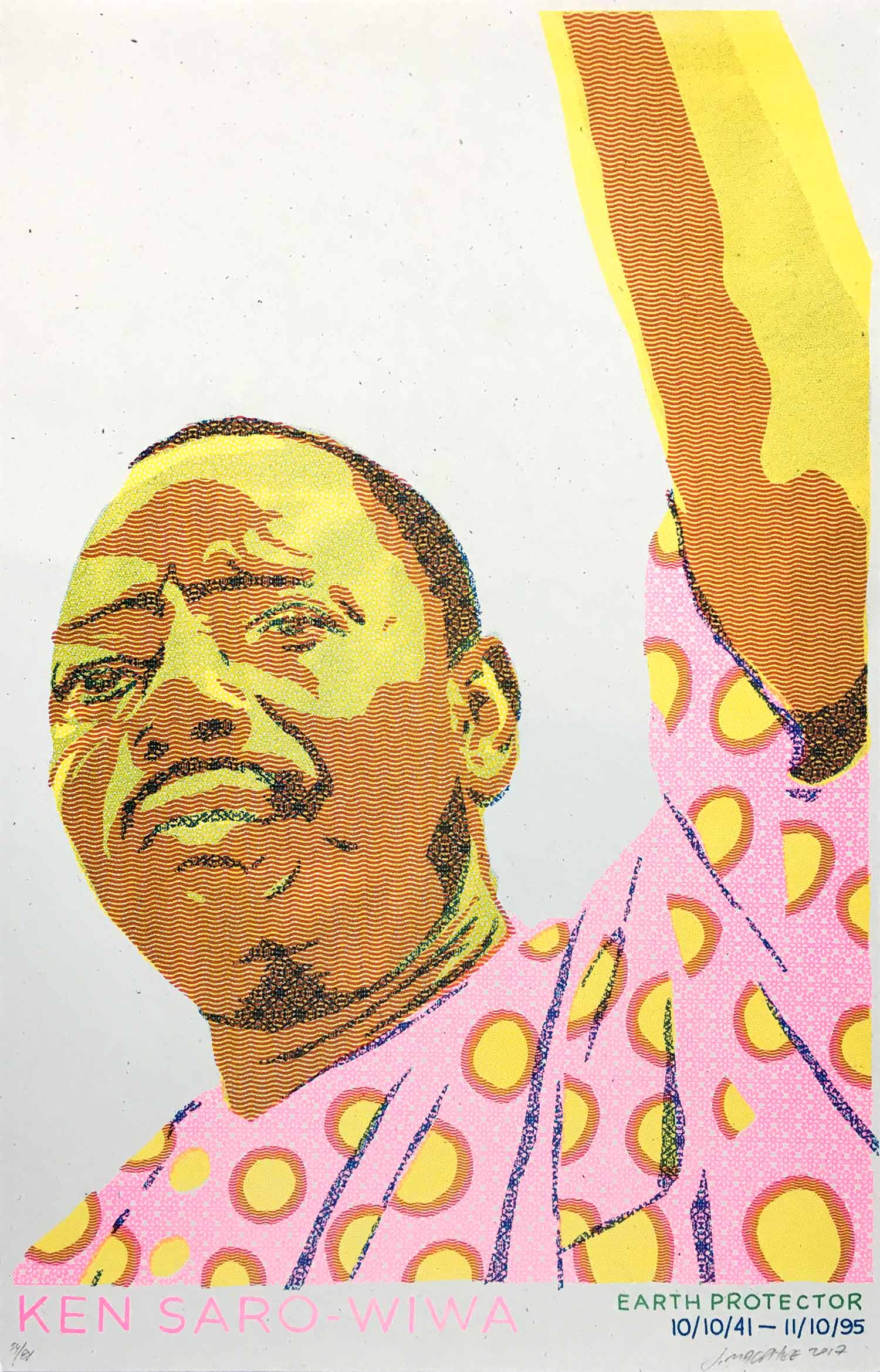 Like many people, I first learned of Ken Saro-Wiwa in 1995, when he was facing execution by Nigeria’s military dictatorship for defending the rights of his land and people, the Ogoni. Saro-Wiwa was hung, along with eight other activists, in November 1995—the government hoped to end the environmental activism of the Ogoni people against Shell Oil. But Saro-Wiwa’s legacy lives on, and MOSOP (Movement for the Survival of the Ogoni People) continues to fight against environmentally devastating oil extraction in the Niger Delta. Saro-Wiwa was an amazing and complex man, who was also an accomplished novelist, writer of one of Nigeria’s most successful TV shows, and nonviolent democracy activist, even before his environmental work against Shell.

This print was designed and created for the 2017 Justseeds Community Supported Art campaign, which had the theme “Earth Protectors.” It is also the most ambitious print I’ve made so far on the Risograph! 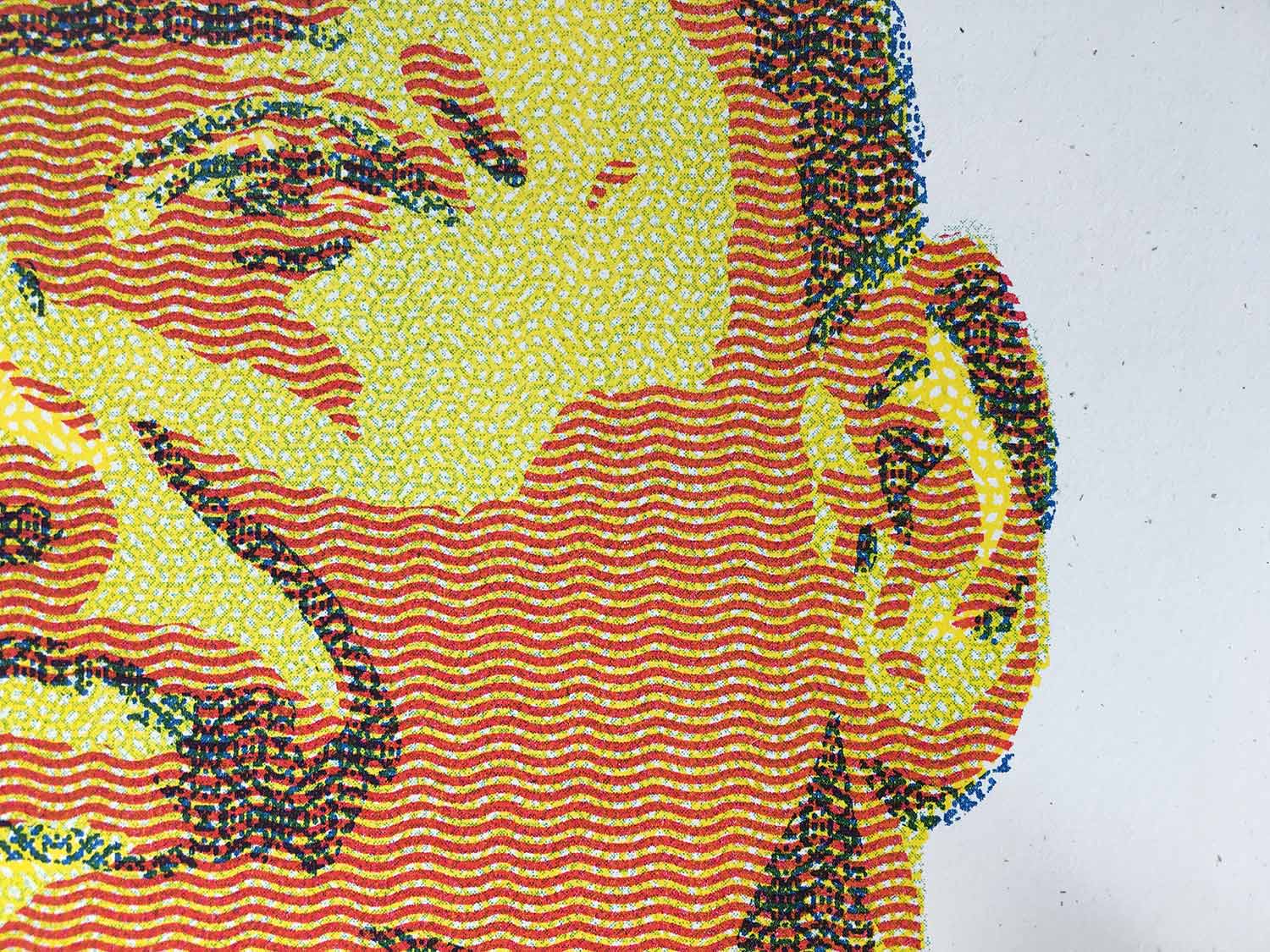 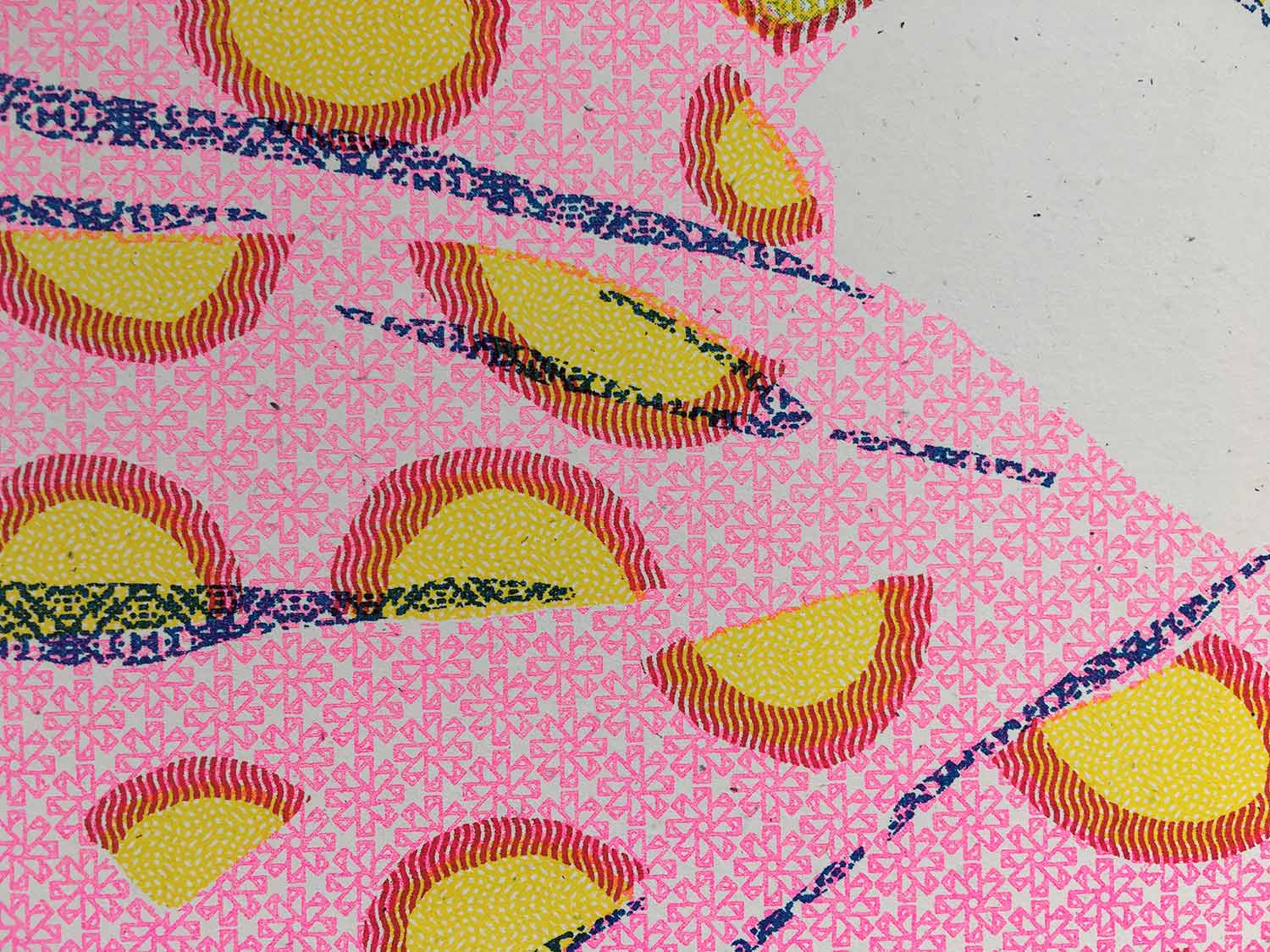