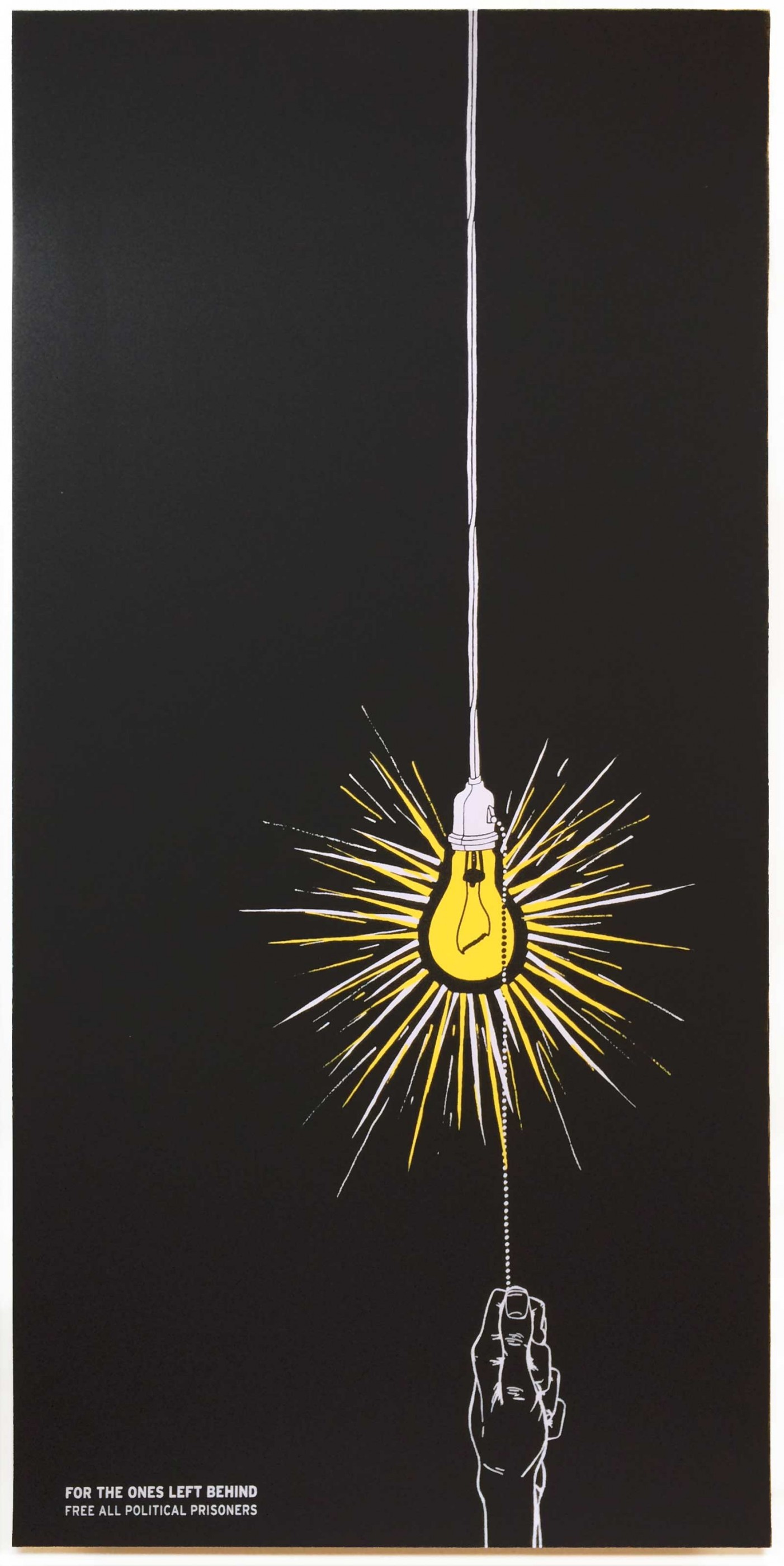 In 2010 I was listening to Laura Whitehorn present on the the book she edited of Safiya Bukhari’s writings (The War Before, Feminist Press, 2009) and she described political prisoners as those “left behind.” My mind immediately jumped to the idea of turning a light on for those left behind. The light represents both a marker to remember that there are political prisoners in the U.S. (turning on the lights to the reality the U.S. government wants to hide), but also as a guide, or a prod, to move us towards freeing them.