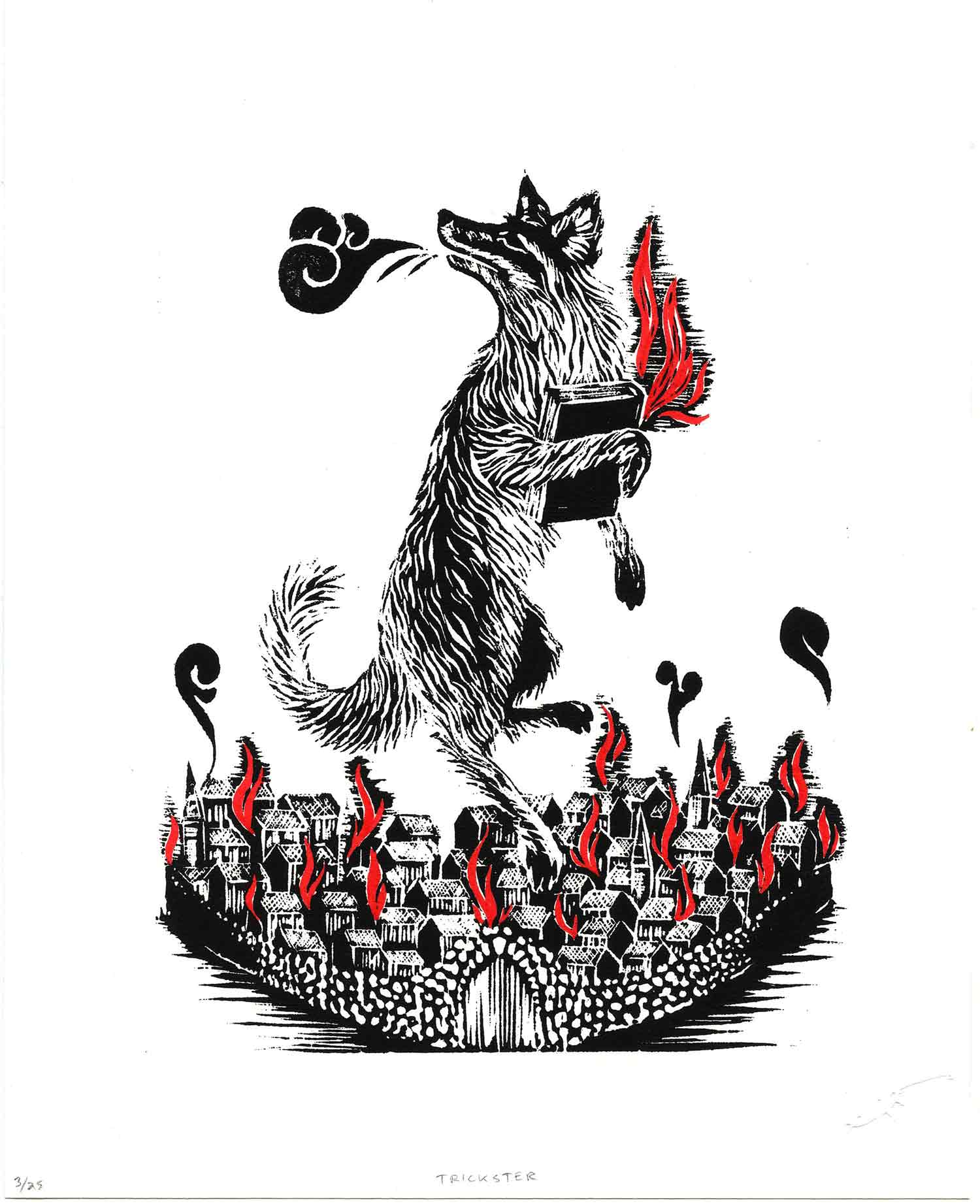 Locating points of long-term ecological hope can be difficult for me, partially because I live in a dense urban environment. Yet I often find some of that elusive hope in urban wildlife — species that have been adapting to the modern human environment for quite a long time, thriving even.

Coyote is my favorite of these animals. There has existed a pervasive and violent culture of attempting to remove Coyote from the landscape since settlers hit North American soil, but it has never succeeded: Coyote’s ability to adapt continually supersedes human attempts to eradicate them as a species, and in fact they continue to evolve, survive, and spread. And adaptation, not strength, is survival in the long term.

Here, Coyote rises above the burning human settlement, having studied what knowledge we had that could be made useful. If we’ve let the city burn, it’s only because our own hubris fuels it.

This new, second edition was printed on a small RGM tabletop etching press in Pittsburgh, PA thanks to Vanessa Adams and Justseeds member Andrea Narno. 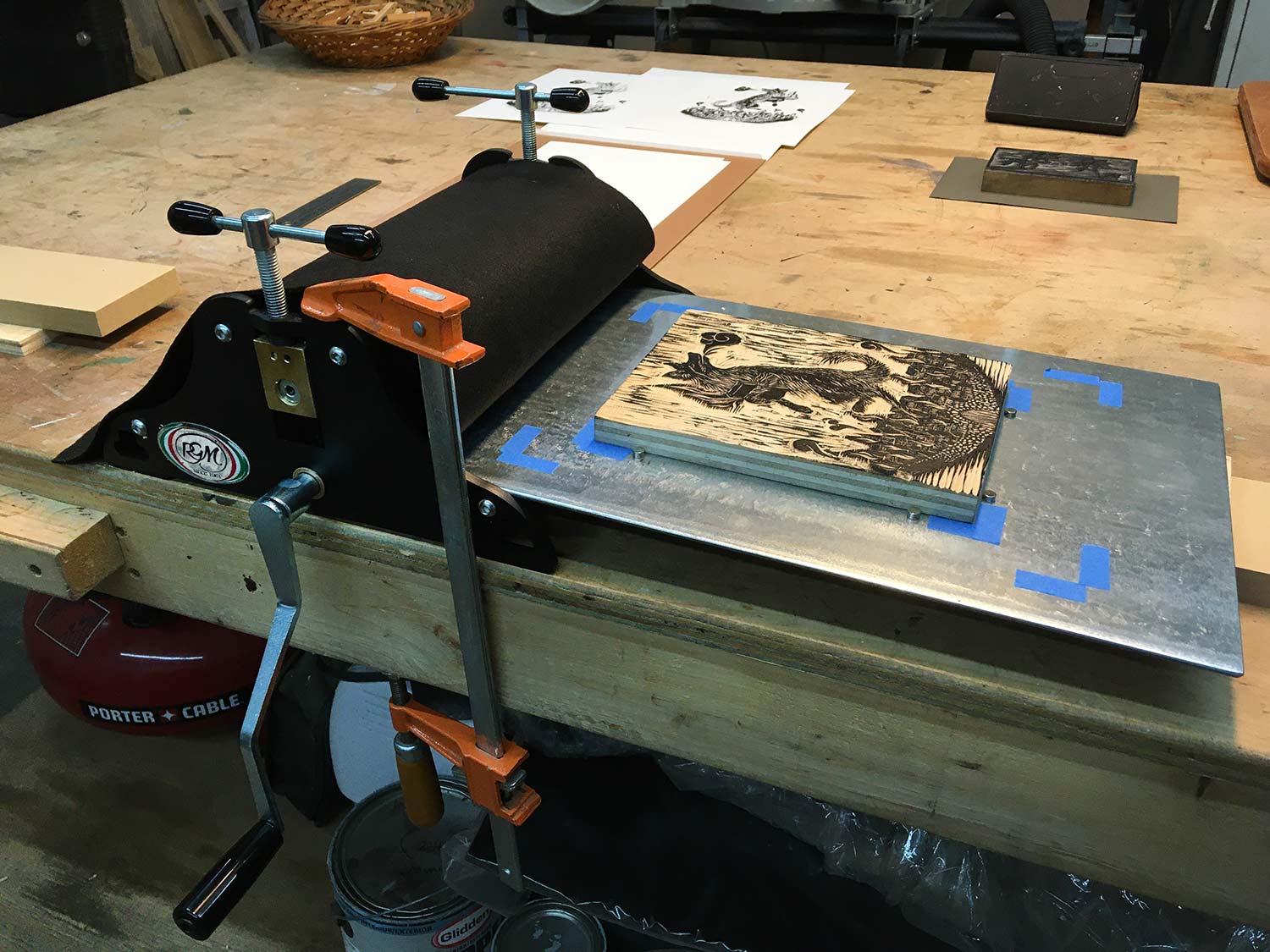 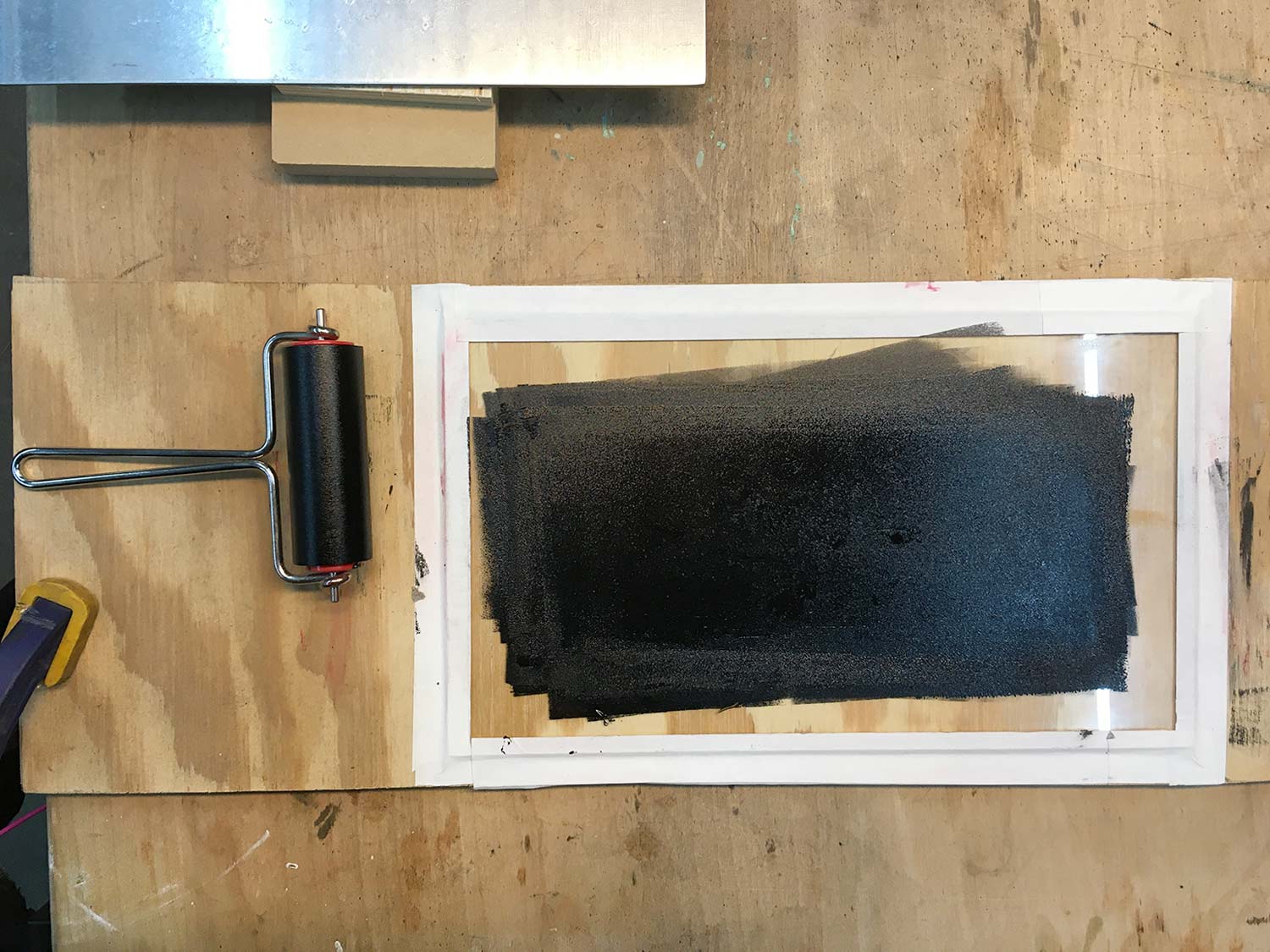 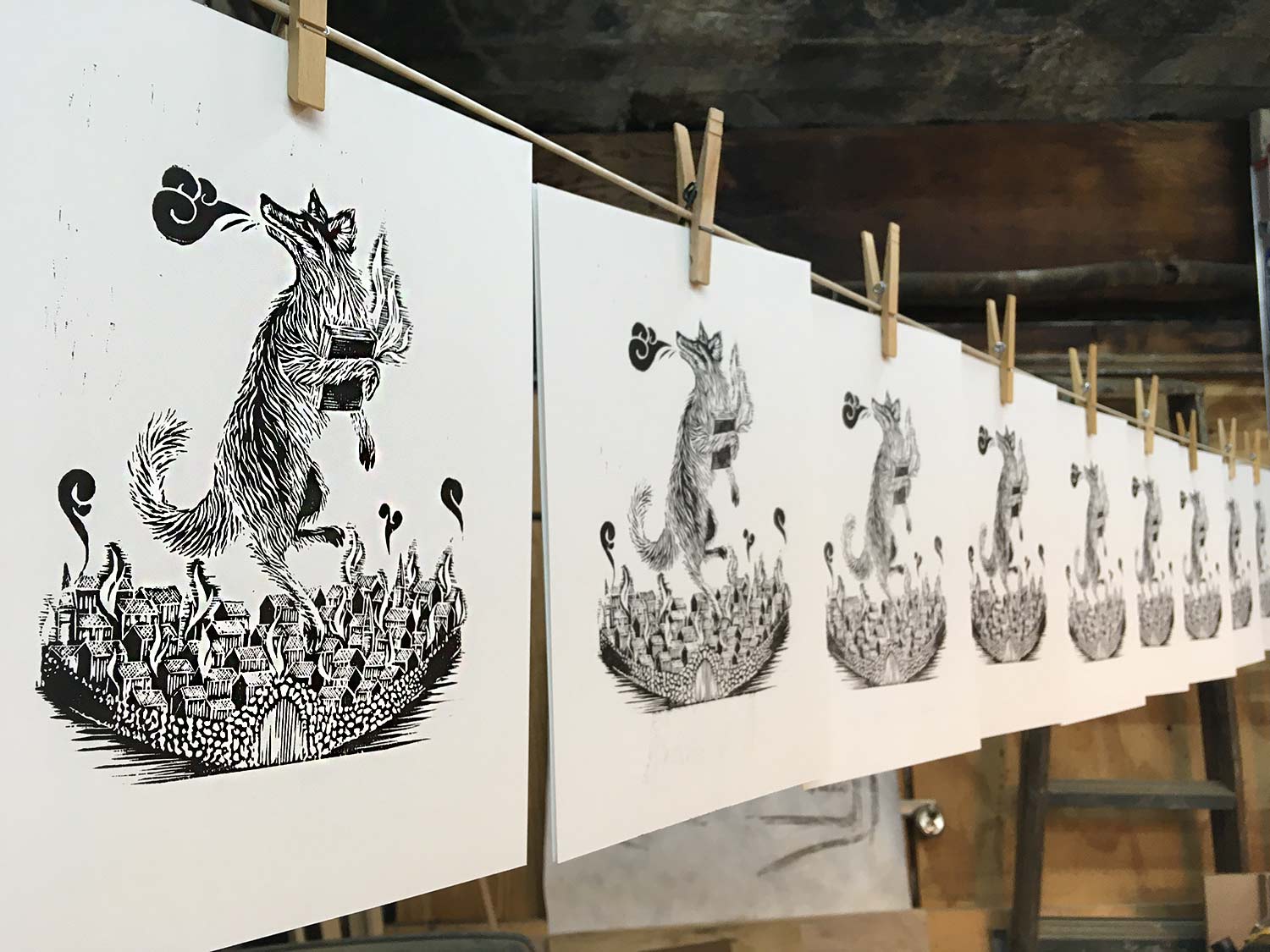 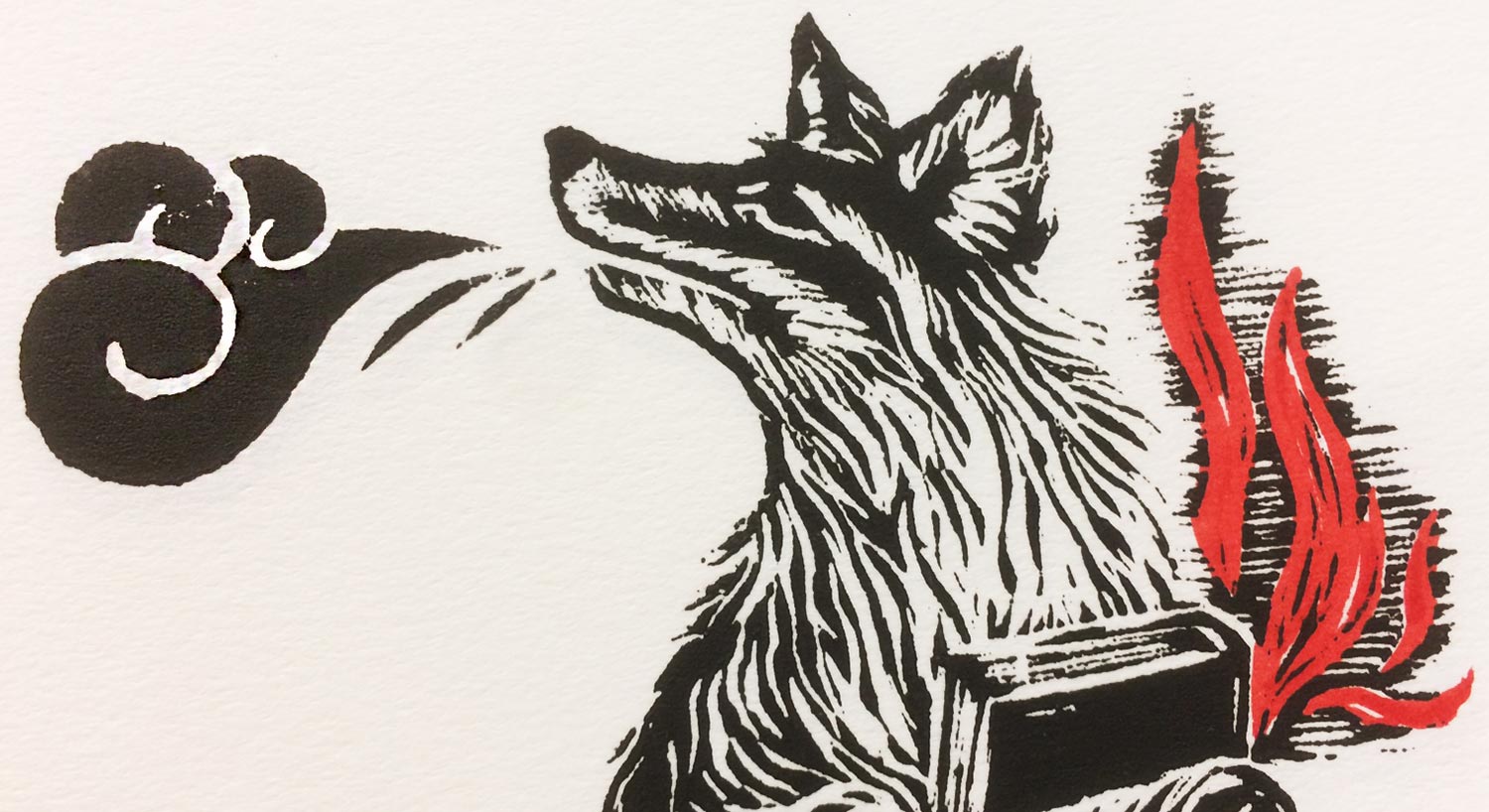 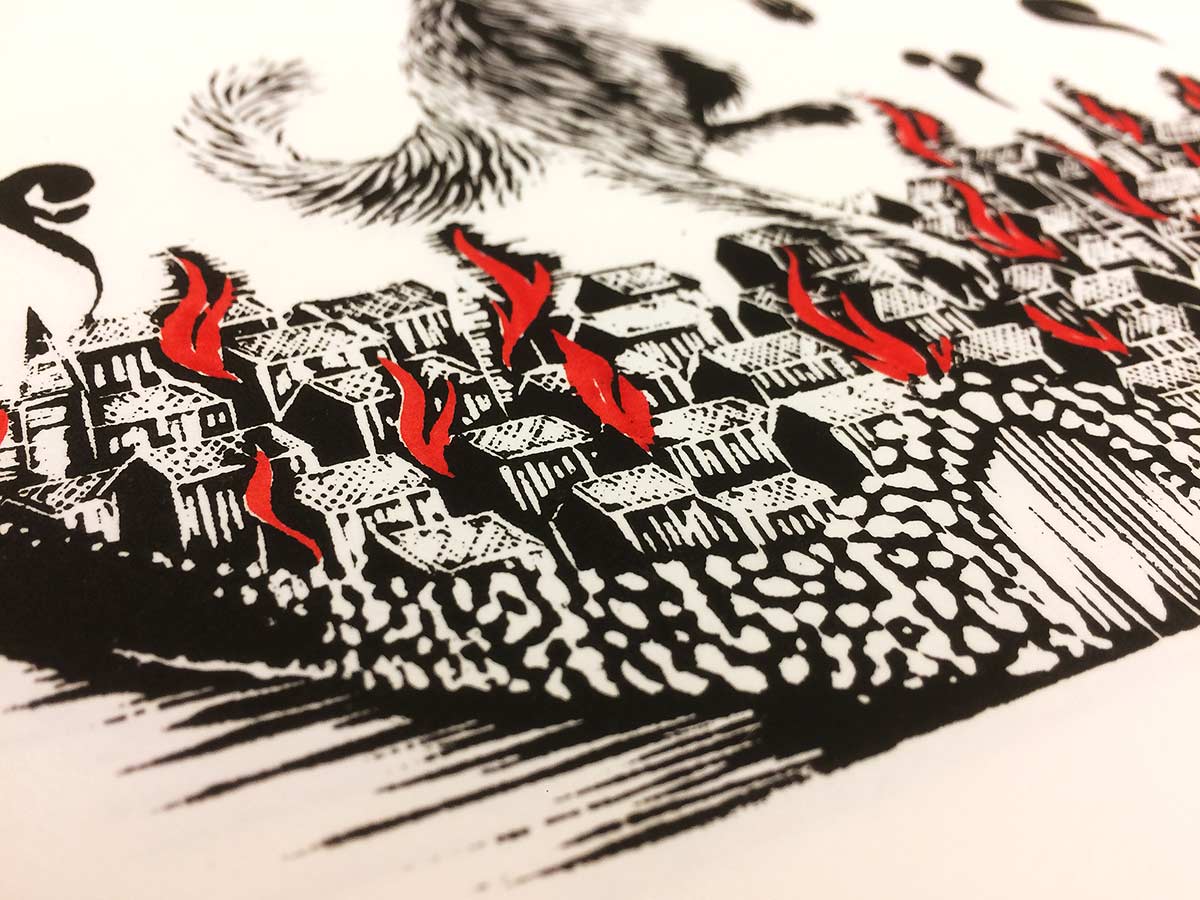 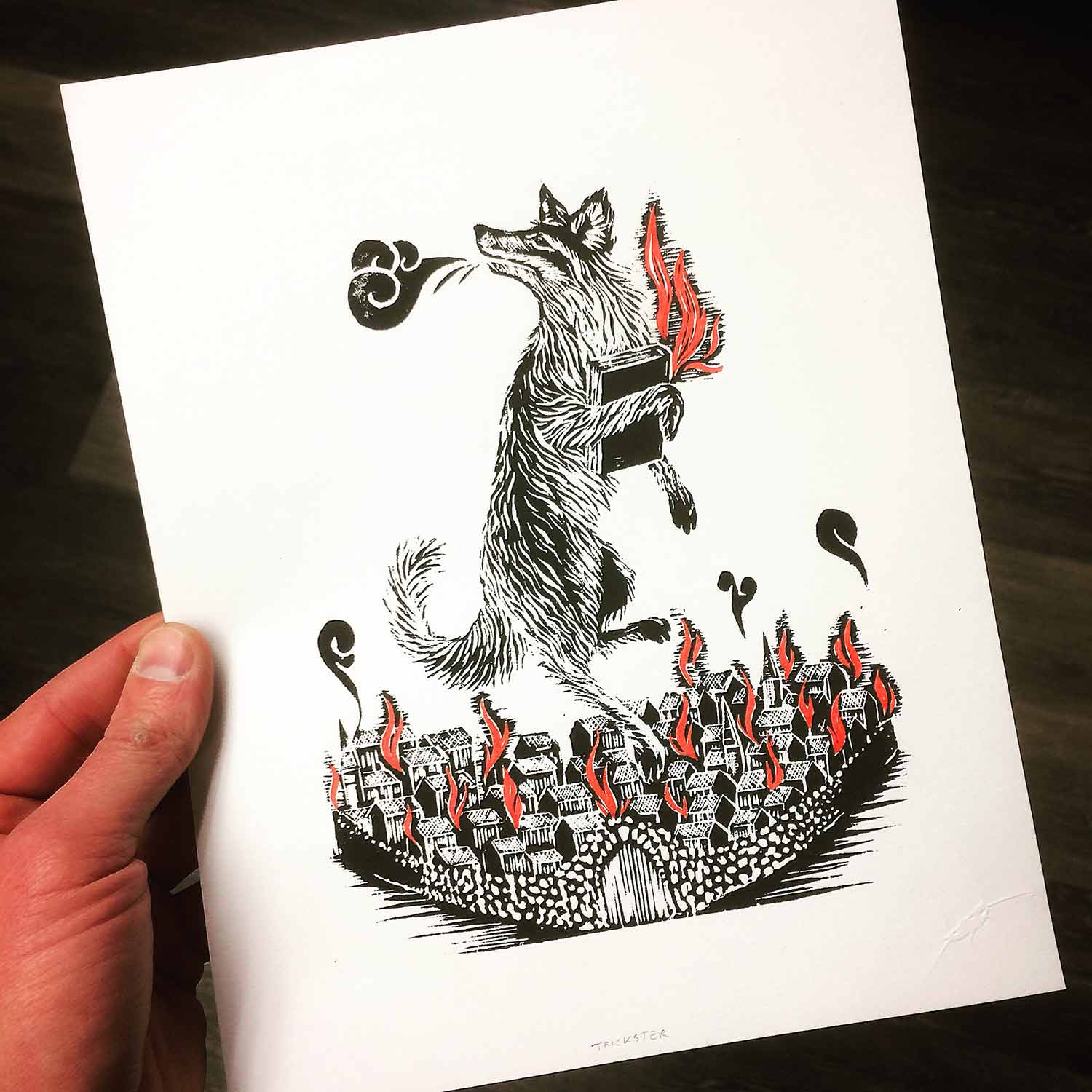