I’ve just returned from several weeks travel in Mexico, mostly spent at the southern end of the Baja California peninsula. It’s an area with a spectacularly rich marine ecology and magnificent terrestrial flora and fauna, as well as a showcase for depressing statistics on species annihilation and corporate tourism. I’m going to post several blog entries about aspects of my trip, and the natural and social history of the Gulf of California region. Note: the Gulf of California and the Sea of Cortez are the same thing.

The main focus of the trip was five days of diving around Espiritu Santo island, just north of La Paz, and I also spent a few days camping on a beach north of Cabo Pulmo. It was a vacation, sure, and an escape from winter, and most importantly it was an astonishing immersion in the natural world, no pun intended. Scuba diving is a genuinely sublime pursuit, akin to travel to a different planet, one where you can fly and are surrounded by a tumult of wondrous agile and beautiful life forms. Some of those are skittish, and others are quite curious as to what you are and what you might be doing. Some seem to have no consciousness of you at all. It’s a very different kind of experience than most excursions into “nature”, much more interactive, and the diversity of life encountered during a one-hour dive is often staggering.
One of the more spectacular dives was at the El Bajo seamount, an underwater mountain that reaches to within sixty feet of the surface about 7 miles off the northeast end of Espiritu Santo. A plankton bloom had developed in the areas we’d been diving, leading to low visibility at the majority of the dive sites we’d already been to. At El Bajo, however, we descended through the green cloud of microscopic organisms and algae into a clear bell-jar of deep water, down through schools of rainbow runners to the mountaintop. Having pulled ourselves down on the anchor chain, we bobbed up slightly into a gentle current, and followed it along the ridge. I looked up to the pale haze of sunlight, and at my cloud of bubbles. I was about ten feet deeper than anyone else. I looked at my depth gauge. 105 feet. There was movement below me. I looked down.
About ten feet below my flippered feet swam a hammerhead shark.

It was going slow, flexing itself languidly, about 8 or 9 feet long. I hovered over it, drifting in the same direction. It was a deep steel gray, unscarred, it’s strange head about two feet wide. I saw a flash of white from its belly as it outpaced me and faded into the gloom. We started to drift upward, back into the green cloud, depressurizing.
It was pretty great to see that hammerhead, for a couple of reasons. One, they’re notoriously shy and apparently hate the sound of bubbles escaping from scuba regulators. Two, they’ve been drastically impacted by fishing practices over the past forty years, with a marked increase in their rate of destruction in the past decade.

The whole Sea of Cortez has seen a terrible plunge in numbers of numerous species of fish as well as sharks, rays, and turtles. Overfishing by both corporate and small-scale operations, pollution from ports, the diversion of the Colorado river (which no longer reaches the Gulf to any real extent), all of these combine to decimate populations which have historically been staggering.

(note that this table is quite old, from the mid 90’s…the current situation is even more grim)
Hammerhead sharks, for example, used to school by the hundreds at El Bajo. Exactly why they did so is poorly understood, but it’s obvious to anyone who wants to look that the phenomenon is not like it used to be. The spectacular displays of masses of sharks turning in hundred foot columns of ice-clear water are gone. One reason cited for this is massive small-scale gillnetting across the mouth of La Paz bay. The bay is home to a huge nursery zone for hammerheads, where they lay their eggs and where juveniles develop. Indiscriminate gillnetting has led to beaches littered with piles of severed heads, from hammerhead juveniles hauled from the nets by the score. The individual sharks are of little value, but the incredibly low cost of stretching a cheap monofilament net from a cheap fiberglass panga means that some money can be made. The unfortunate upshot of all this bootstrap entrepreneurial activity is that the sharks are being wiped out.

This is a common phenomenon in many places around the world, where cheap materials have made it possible to sieve all mobile life from a stretch of reef in a matter of hours. An additional factor is the sheer number of small panga boats being fished from in the region: tens of thousands of boats swarm both coasts of the Gulf, stretching kilometer long gillnets. Large commercial fleets are doing the majority of the eliminative work in the open ocean, using gillnets and longlines to indiscriminately snag massive takes, much of which is discarded, dead, as bycatch.
I hate the word “bycatch”. It reminds me of a word used in mountaintop removal coalmining: “overburden”, which is the worthless pile of everything on top of the coal seam. Bycatch is the worthless pile of everything struggling in the net alongside the things you wanted to catch. Massive death as bycatch is bringing about the end of the vaquita, the tiny Mexican harbor porpoise only found in the Northern Gulf. The vaquita is the marine cetacean closest to extinction. More about it and the terrible story of the Totoaba fishery in the next installment.
Subjects

3 comments on “Report from Beneath the Sea”

i love your description of scuba diving as this immersion in a different world. i never think about it that way…that hammerhead is beautiful and amazing. and the information that follows is utterly heartwrenching. i can’t even imagine how powerful this trip must have been for you—looking forward to reading more

Thanks! Note that I did not take that shark photo. My friend Jeff got a picture of the sucker, but he was thirty to forty feet above me and the picture looks like he is about to crush the poor shark under his giant flipper.

That’s a beautiful shark photo and well written article. Im sure you had an amazing trip! 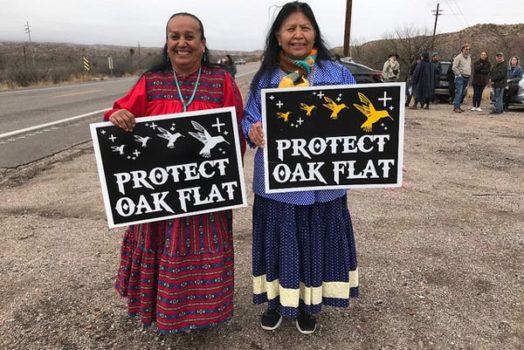 I recently returned from about three and a half weeks of travel through the southwest and beyond, including three days spent at the 4th annual March to Save Oak Flat…. 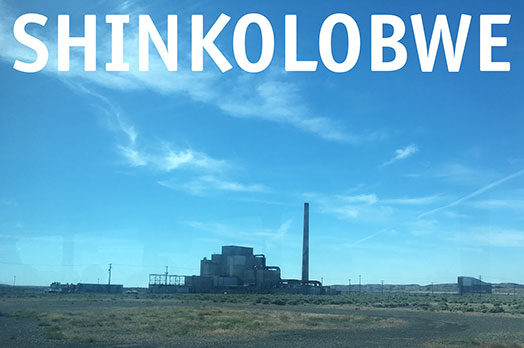 Hanford and the Reactionary Imagination: a Journey into Nuclearity, Part 1

This is the first in a series of posts about a visit to the Hanford Nuclear Reservation in Eastern Washington state, and the fate of the uranium ores found in…

I’ve recently returned from six weeks traveling in Indonesia, during which I spent a week with the artists of the Taring Padi cooperative in Yogyakarta, Central Java. I’ll be posting…

Ghosts in the Machines

Adam Curtis, the BBC filmmaker behind a series of amazing documentaries like The Power of Nightmares and Machines of Loving Grace, has a great entry on his blog this week….