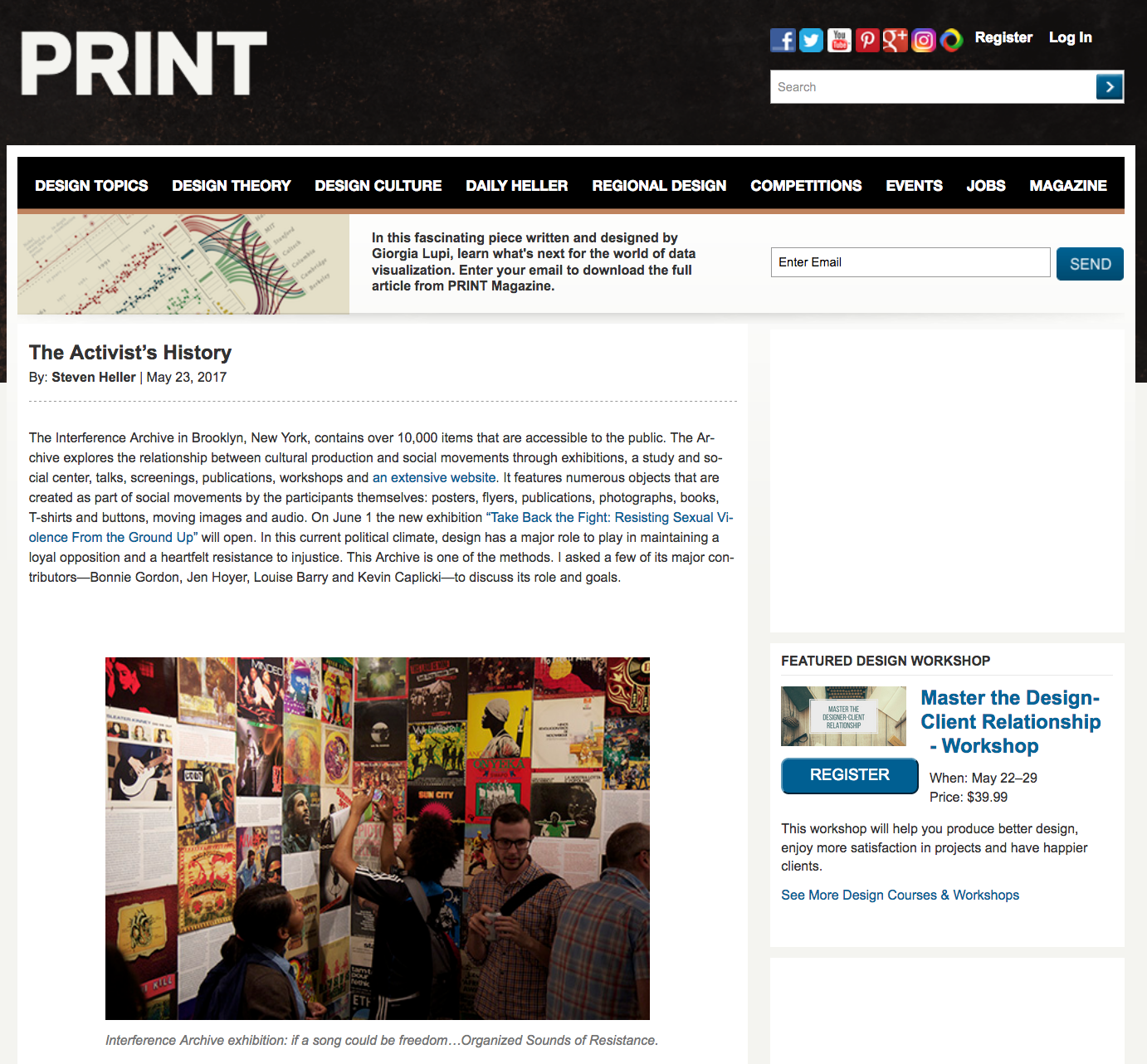 The Interference Archive in Brooklyn, New York, contains over 10,000 items that are accessible to the public. The Archive explores the relationship between cultural production and social movements through exhibitions, a study and social center, talks, screenings, publications, workshops and an extensive website. It features numerous objects that are created as part of social movements by the participants themselves: posters, flyers, publications, photographs, books, T-shirts and buttons, moving images and audio. On June 1 the new exhibition “Take Back the Fight: Resisting Sexual Violence From the Ground Up” will open. In this current political climate, design has a major role to play in maintaining a loyal opposition and a heartfelt resistance to injustice. This Archive is one of the methods. I asked a few of its major contributors—Bonnie Gordon, Jen Hoyer, Louise Barry and Kevin Caplicki—to discuss its role and goals.

I’m amazed that the Archive is new to me, since much of what you collect derives from my own early years in the late ’60s. Tell me how and why you started this important collection?

Interference Archive originally formed to address the need for activists to document and tell their own histories. The perspective of those working to affect social change has often been marginalized in the mainstream telling of history and by institutions vested with the responsibility of preserving these histories. Traditional institutions—including libraries, universities and museums—sometimes enact restrictions around access to historical materials which should be made accessible to all. Interference Archive sought to combat this problem by creating a public archive and social center where activists, students, educators and those who played a role in producing cultural materials used in movement work would be able to access and share this information freely.
…

Head over to PRINT Magazine to read the whole interview!