from our 2018 Community Supported Art program 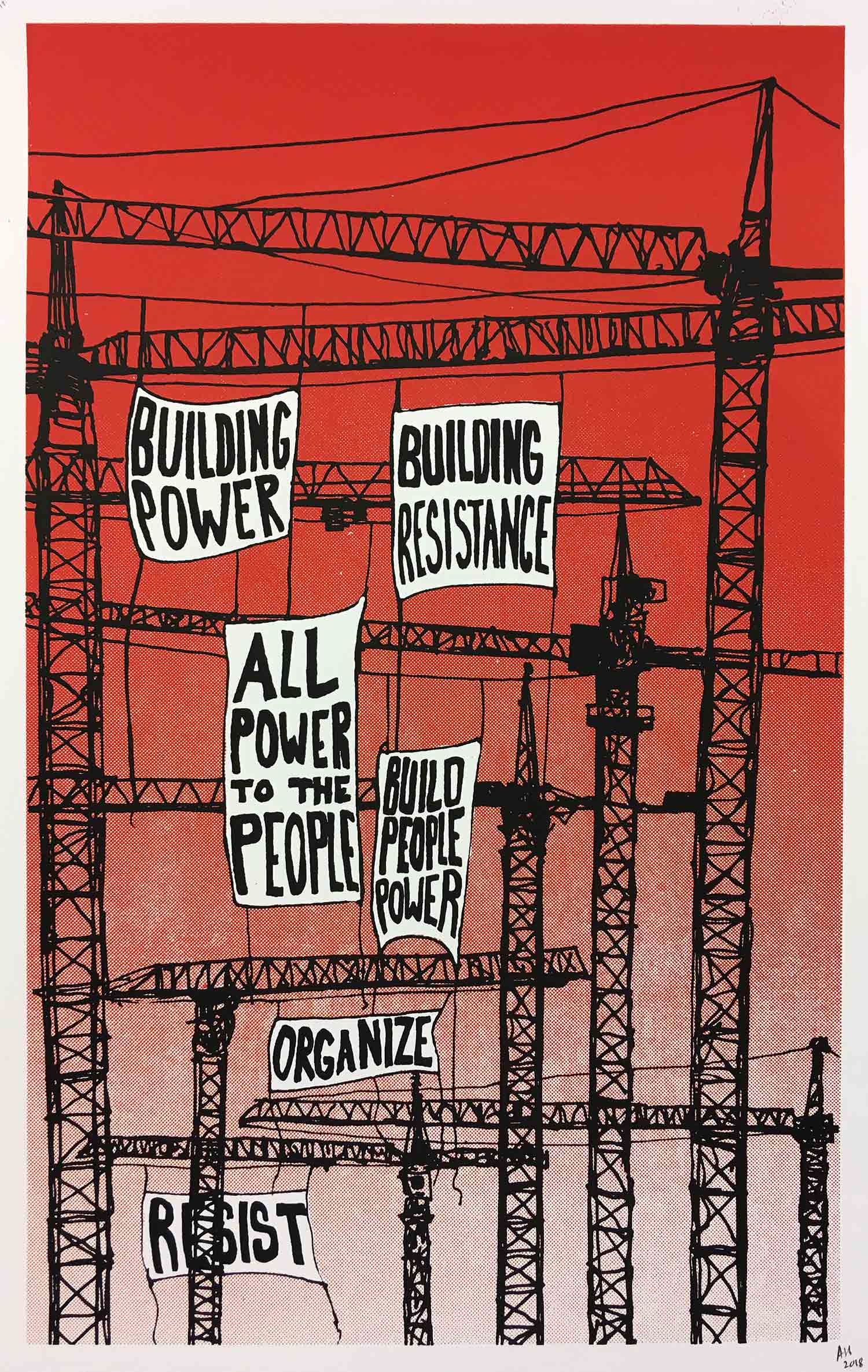 Rupturing the cityscape, banners swing from cranes of gentrification with calls from social justice movements: Building Power, Building Resistance, All Power to the People, Build People Power, Organize, and Resist. Activists have been using banner drops to draw attention to issues, change the dominant narrative, and directly confront power.

In 1999, in perhaps the most well known banner drop, activists dropped a banner just before the World Trade Organization meeting with arrows clearly pointing “democracy this way, WTO that way”. In 2015, climate justice activists dropped banners and hung off the St. Johns Bridge in Portland, Oregon forcing a forty-hour stand off with the Royal Dutch Shell ship en route to support the company’s drilling in the Arctic. In 2017, a few days after President Trump took office, activists dropped a seventy-foot banner from a crane above the White House that read ‘Resist’.

Drop your banner, share your message, and build your movement.

These prints are from a very small number of remainders from our Community Supported Art subscription program in 2018. We only have a few of these prints available! 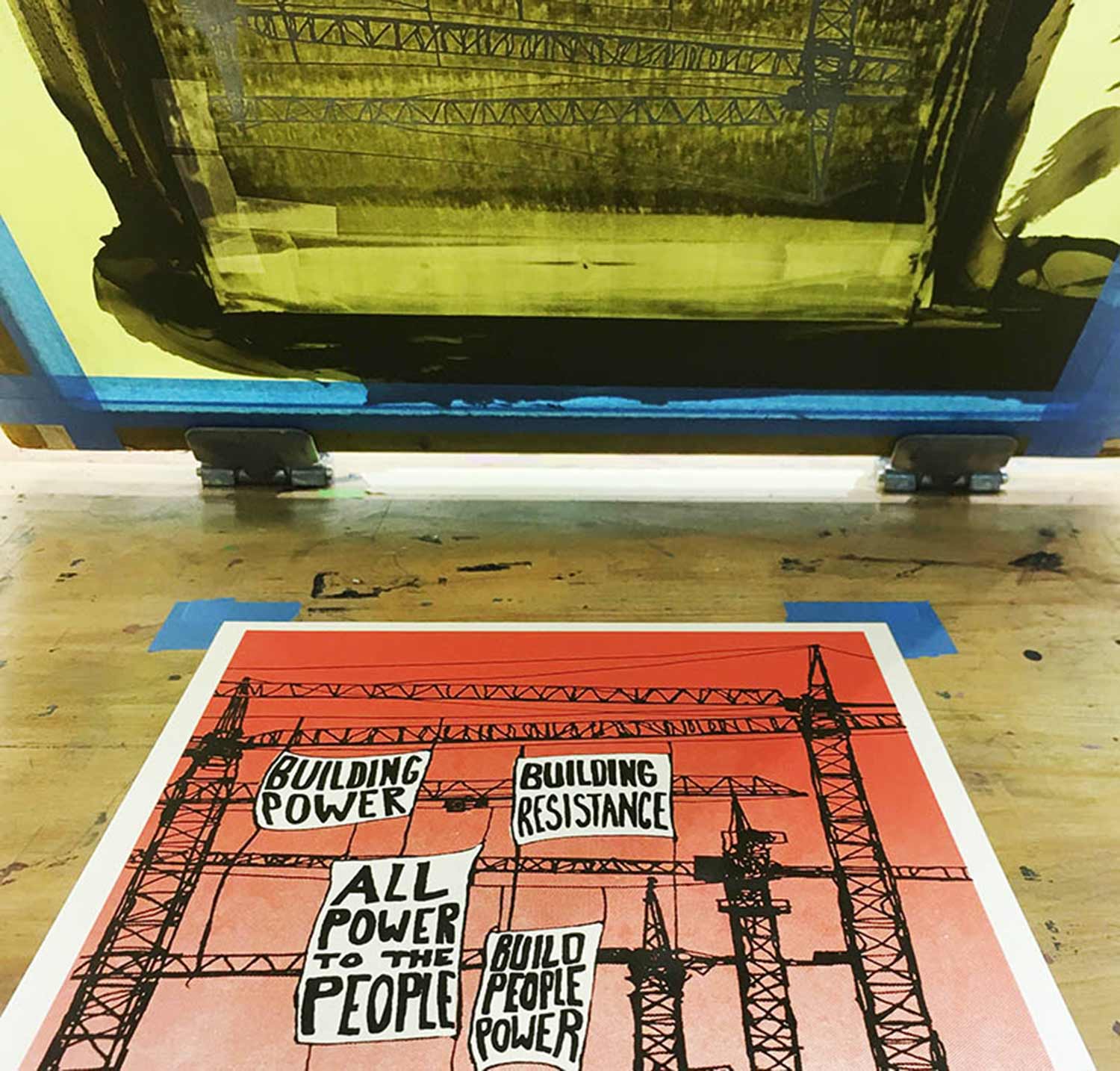