We Are Called to Be A Movement by Rev. Dr. William J. Barber

This summer Rev. Dr. William Barber of the Poor People’s Campaign: A National Call For Moral Revival released a short book titled We Are Called to Be A Movement. In the book he pulls from his rich radical theological background to make an urgent argument for a revolutionary movement led by the poor and rejected masses of American society. He is calling for a “new unsettling force.”

We are called to be a movement for wholeness in a broken world and to stand for justice.

The rejected, they’re leading the way. They’re coming together and they are declaring that we will reconstruct the economy and the social life of America.

I want you to know today that when the rejected get together in love and in truth and are willing to build a movement with our bodies on the line, we can in fact redeem the soul of the nation from greed, hate, and discrimination.

A New and Unsettling Force by Jane Norling

Justseeds has supported the new Campaign since it’s rebirth. In 2018, Justseeds organized a popular education portfolio for the Campaign featuring twenty-five prints focused on lifting up the Campaign’s strategy, vision, and goals. Graphics from the portfolio have been used in teach-ins, rallies, and demonstrations across the country. The prints speak directly to the message and issues raised in We Are Called to Be A Movement. For example, Yvette Pino’s print Abandonment in the Midst of Plenty, depicting Uncle Sam throwing water onto a blindfolded and drowning figure lost at sea, reflects Rev. Dr. Barber’s words,

“The rejected, the poor, the broken, the unaccepted were not in their condition because of their individual moral failings, but because of a society that had decided some people could be overlooked and left behind.”

Abandonment in the Midst of Plenty by Yvette M. Pino

Nicolas Lampert’s print News Bulletin based on an original Poor People’s Campaign flier but with updated statistics on poverty speaks to Rev. Dr. Barber’s discussions of the United Nations’ report on extreme poverty in the United States and the Campaign’s own audit revealing that 43% of Americans live in poverty. Pete Railand’s Water is Life print featuring polluted water pouring from a tap visualizes Rev. Dr. Barber’s point that people in Flint Michigan can “… buy unleaded gas but can’t buy unleaded water…”

This new book, like the prints and the campaign, is strategic. With large segments of American culture rooted in religion, the book pulls from a radical theological tradition to mobilize the many unorganized people in America towards social justice. With the rise of reactionary religious movements, this tradition, at times, has seemed all but lost. Rev. Dr. Barber recognizes this tension and addresses these two competing religious frames when speaking about his friend and southern Baptist preacher Jonathan Wilson-Hartgrove,

When I met him 20 years ago, he was working for Strom Thurmond and trying to climb the ranks of the religious right. But he saw the lies of divide-and-conquer politics—how the rejected get pitted against one another again and again. Now Jonthan is part of the movement to reconstruct American democracy, talking to white Christians about how to get free from the habits of what he calls “slaveholder religion” …

He goes on to say,

The far too prominent politics of rejection in America today necessitates that the rejected must lead a moral revival. We must link up with one another across every dividing line and become a movement to challenge the slaveholder religion’s distorted moral narrative and revive the heart of American democracy.

In the book Rev. Dr. Barber also acknowledges how the perversion of “slaveholder religion” was used to meet the demands of American settler colonialism and slavery writing,

In America’s long story, … policy violence and rejection have too often been our legacy. And often, in spite of the calling of the Spirit and instruction of the Scripture, that legacy has been endorsed by the church. Think, if you will, of the Trail of Tears, the rejection of America’s Native indigenous people and genocide of those folk. … Think of the rejection of Black people’s humanity—not just slavery, but chattel slavery, reducing human beings to nothing more than mere property and animals …

Rev. Dr. Barber goes on to argue for a movement that acknowledges and confronts these betrayals of democracy. Harkening to the promise of reconstruction after the civil war and the civil rights movement, he appeals to Langston Hughes’s prophetic vision that “America will be” writing,

I love America because of her potential. But I know that America will never complete the work of reconstruction—will never even get close to being a more perfect union—until we are honest about her past and the politics of rejection.

Fight Poverty Not the Poor print by Jesse Purcell

As a veteran, the part of the book that resonated most with me was Rev. Dr. Barber’s reflection on visiting a homeless camp and coming across an American flag planted outside a tent. The flag belonged to a veteran who explained to Rev. Dr. Barber, “Pastor, they allowed me to run billion-dollar pieces of equipment in the military, but now that I’ve come home, I can’t flip a hamburger. I fly the flag so that people will look at the flag and then look underneath the flag and see the rejection that’s happening right here in America.”

Based in theology and focused on an American democratic reconstruction the book might put off some activists and dissidents. However, this book is a timely reminder of the many radical theological traditions that have historically been important to liberation struggles within the United States and around the world.

It is also a book that I can share with my religious family members in order to start a conversation. I have given copies to my mom and stepmom. At a time when many friends and family members are avoiding important conversations because of the divisiveness of the political spectacle this book offers an opportunity to open a conversation. With that in mind, I recommend that radicals, especially those with a culturally Christian background, read this book and use it strategically to start conversations, organize, and help mobilize the people in your family and community.

I agree with the Rev. Dr. Barber’s argument that it is time to build a movement for a revolutionary reconstruction of American democracy led by the masses of unorganized rejected and poor people in this country. This new book is a powerful tool to help make that happen and an important addition to a long radical theological tradition. 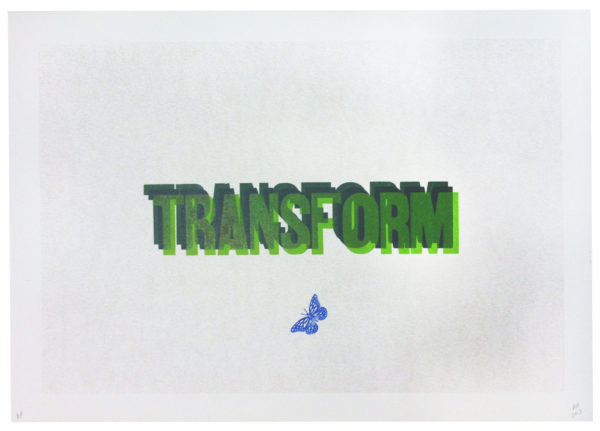