We learned to protect one another without police 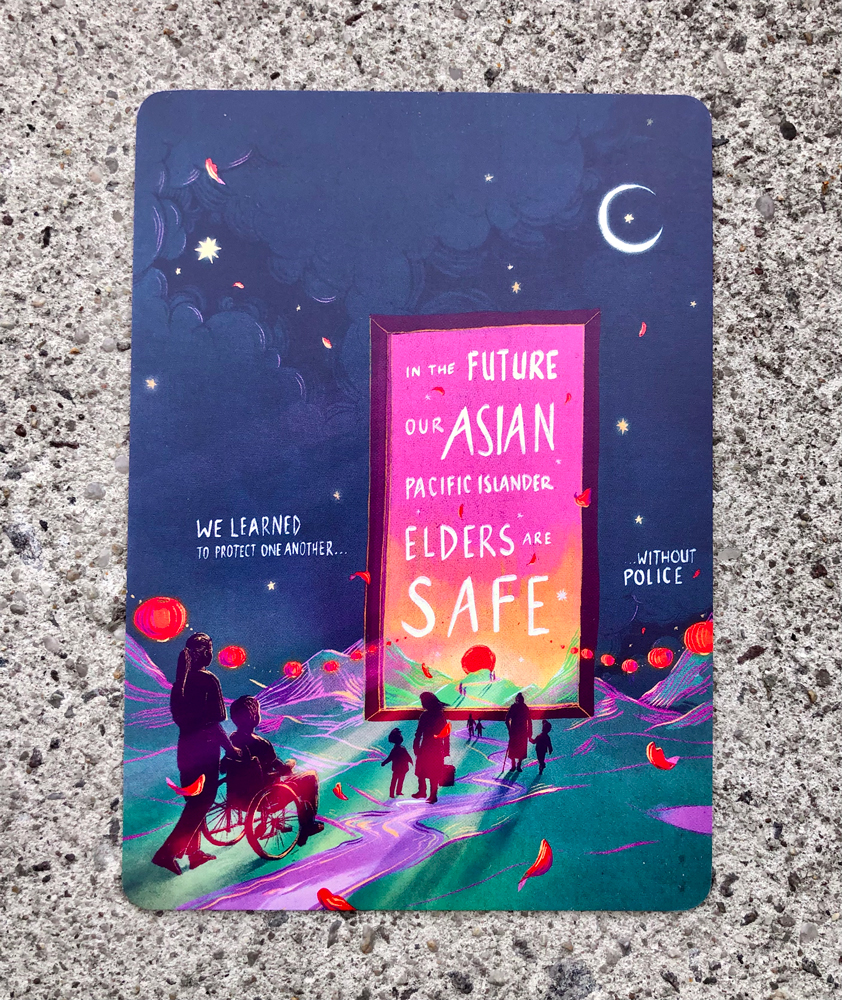 50% of total income go toward:

“The time has come for us to re-imagine everything. We have to do what I call visionary organizing … We have to see every crisis as both a danger and an opportunity.” — Grace Lee Boggs 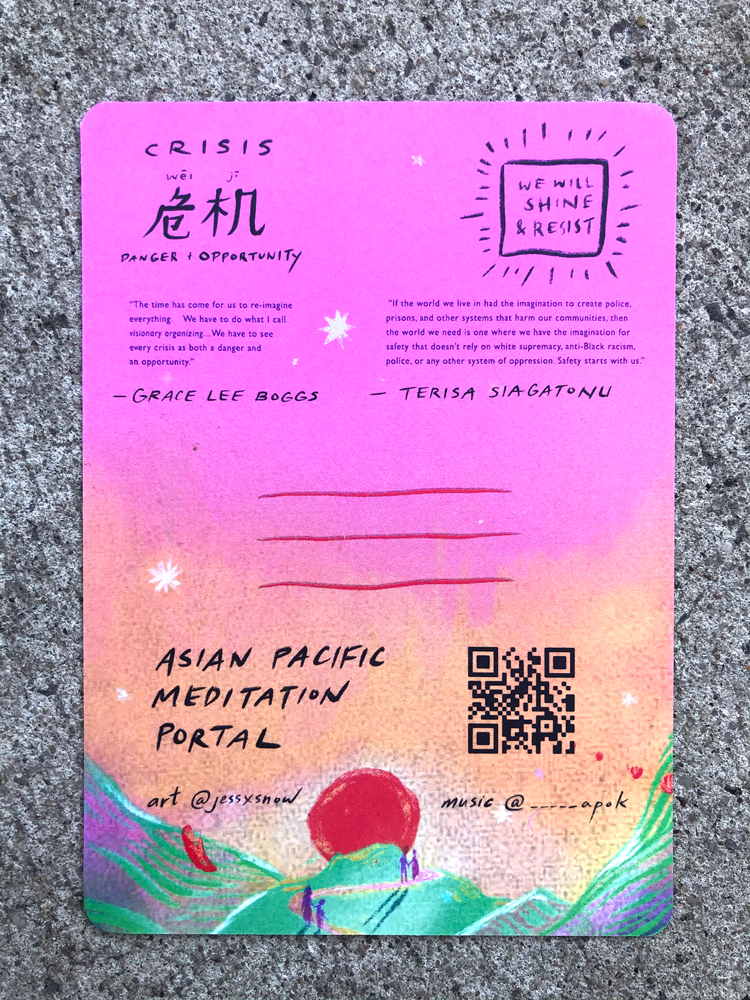 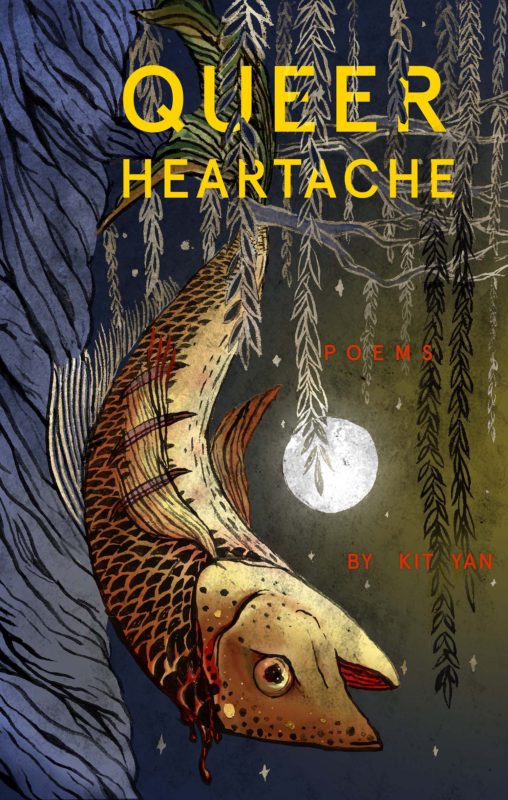 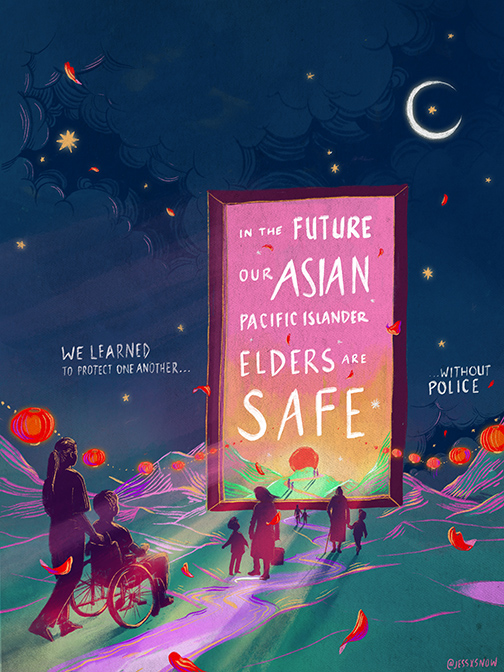 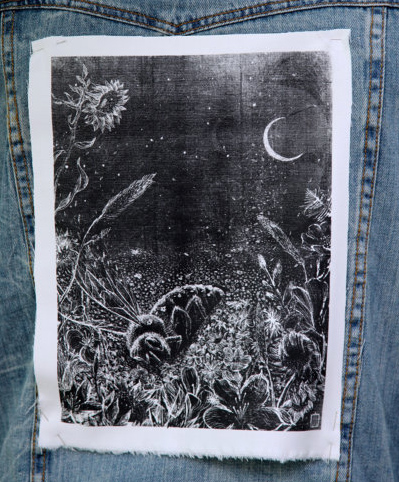 Funeral For The Honey Bee – Back Patch 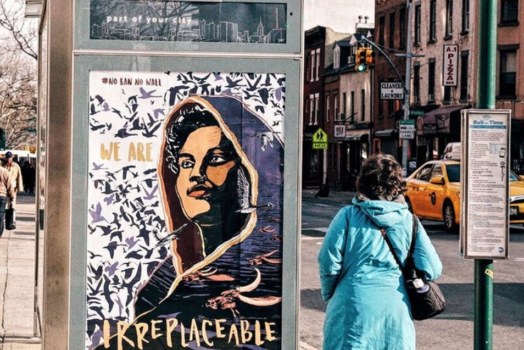 We Are Irreplaceable: #NoBanNoWall

‘To Allah we belong and to Allah we return’ is a rough translation of the dua said at someone’s death. Blessed is this temporary cycle. We are part of a… 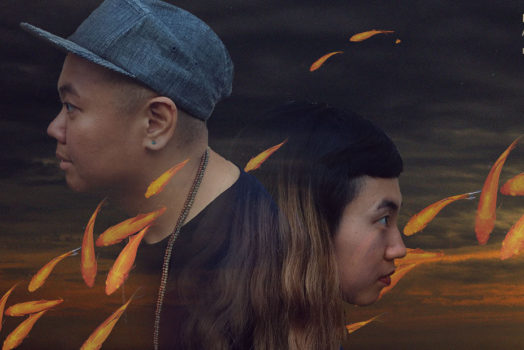 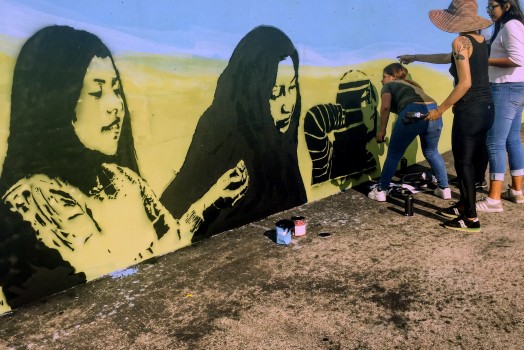 I’ve spent the last month or so in collaboration with Asian-American filmmaker Tani Ikeda, Immediate Justice, and the Center for Biological Diversity leading a weekly stencil and mural workshop to…