OPENING THIS THURSDAY-Staring at the Cracks art installation by Erik Ruin with Brett Story and Dan Blacksberg at 4212 Chestnut, West Philly (below Scribe Video Center).
(see below the jump for preview pics)

Temporarily inhabiting an unoccupied suite of offices near Penn’s campus, artist Erik Ruin is constructing a unique environment to share the emotions and experiences of formerly incarcerated people. Visitors are greeted in the entrance hall by a wall-paper-like pattern of silkscreened scenes depicting the isolation and repetition of daily life in the hole. Other rooms are populated by shadow-puppet and video projections by Ruin and award-winning Toronto filmmaker Brett Story. Speakers littered throughout the space play snippets of audio interviews with men and women describing their experiences in solitary confinement, interwoven with a unique and haunting bed of sound composed by innovative klezmer and jazz trombonist Dan Blacksberg.
Thursday July 7th, from 7-9 PM- Blacksberg will perform a live improvisational accompaniment to this soundscape, wandering throughout the space and performing with and against the audio samples.
Additionally on this night, Hakim Ali and William Goldsby, both of Philadelphia prison-activist group Reconstruction and both interviewees for this project, will speak about their experiences and the work they have been doing since their release.
Saturday July 23rd- i’ll be bidding Philly farewell with an all-day studio sale (starting at 3), CLOSING RECEPTION (3-7), and live music by SGNLS, Color Is Luxury, and Geb the Great Cackler (starting at 7). Snap up some prints before i move to Providence!
Other viewings by appointment- contact 40th.AIR.app@gmail.com to schedule.
BIOS-
Erik Ruin is a Philly-based printmaker, shadow-puppeteer, occasional editor of various publications (including the anthology Realizing the Impossible: Art Against Authority w/ Josh MacPhee, AK Press, 2007) and a founding member of the Justseeds Artists’ Cooperative. He is currently a 40th St Artist-in-Residence. The 40th St. AIR Program grants free one year of free studio and exhibition space to West Philadelphia-based artists in exchange for works of community outreach.
Dan Blacksberg is a Philadelphia-based composer and trombonist active in the city’s jazz, improvised music, new music, and rock scenes, and is one of the premiere trombonists in klezmer music.
Brett Story is a Montreal based filmmaker with roots in radio, print, experimental super8 film, live performance projections and documentary. 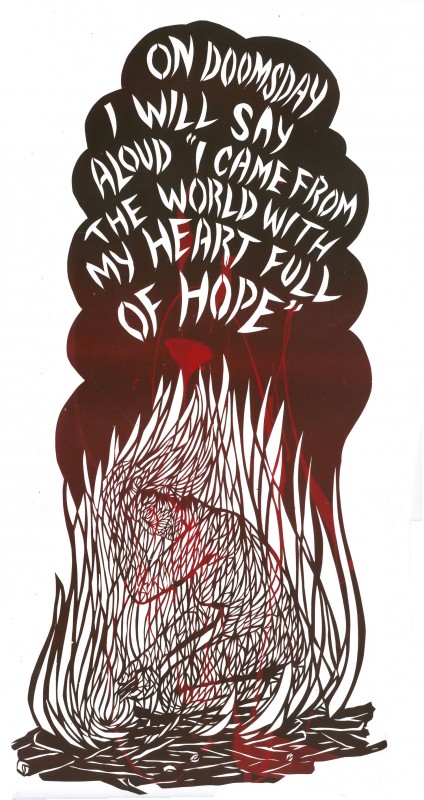 A Song for Zarmina 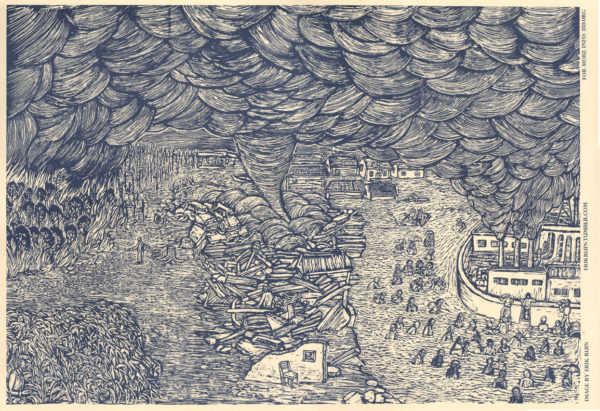 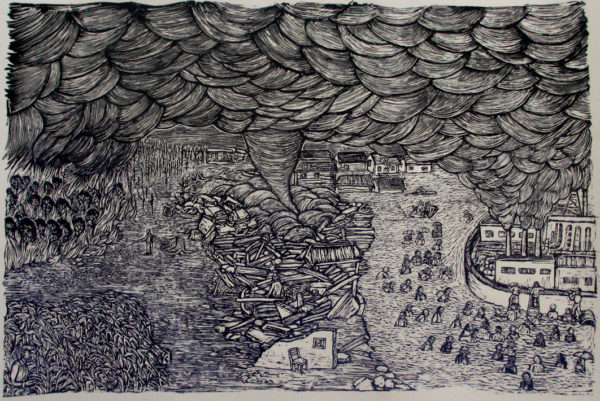