Resourced is a portfolio of hand-produced prints organized and created by the Justseeds Artists’ Cooperative in 2010. It focuses on international resource extraction and its effects on our climate, and includes 26 artist prints (created by artists from six countries), with screenprinted covers and a colophon (front sheet listing the artists), as well as a booklet with additional information (which also has a screenprinted cover).

For centuries now, industries have been mining the globe in search of raw materials that can be converted into profitable commodities, displacing innumerable communities and leaving in their wake toxic, hazardous, and ecologically devastated environments. While consumers experiment with greener lifestyles, the majority of the globe’s population is left to deal with the ecological fallout of industrial and technological “progress.” These are inequalities that only stand to increase as climate change and the unending capitalist pursuit of natural resources produce even more precarious ecologies. Already, thousands upon thousands of species are extinct or endangered, and millions upon millions of people have been thrust off of their land and into ecologically, politically, and economically hazardous conditions.

This is an “exhibition in a book,” a teaching tool, a collection of reproducible graphics for activists and organizers, and a dialogue starter for community spaces, schools, conferences, and galleries. It can be used to help ask important questions about our environment:


Other Artists
Amor y Resistencia, Armsrock, Tom Civil, Alejandra Delfin, Design Action Collective, Gaia, Jesse Goldstein, Juan Martinez, and Keisuke Narita. Two additional posters were designed by Dignidad Rebelde and Alec Dunn, but were not completed in time to include in the print portfolio, but were included in the high-res digital files for download. 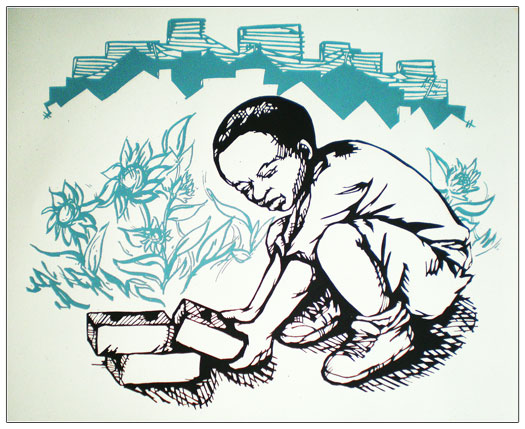 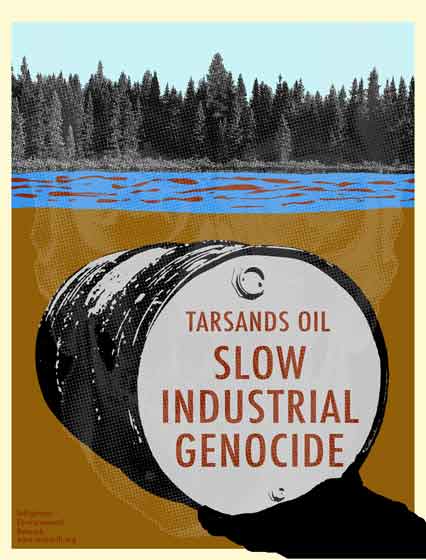 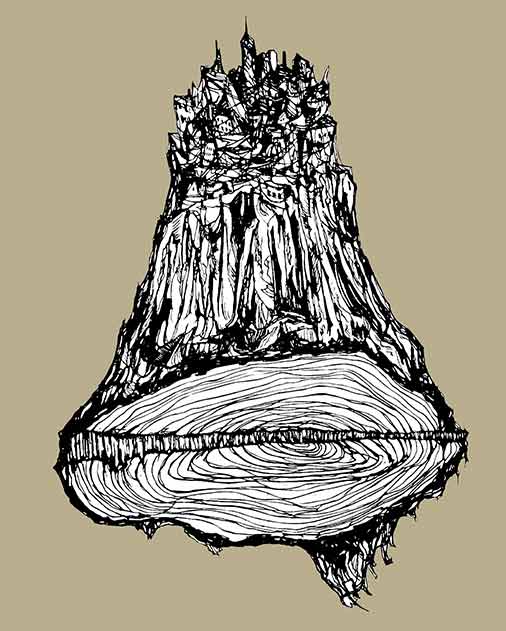 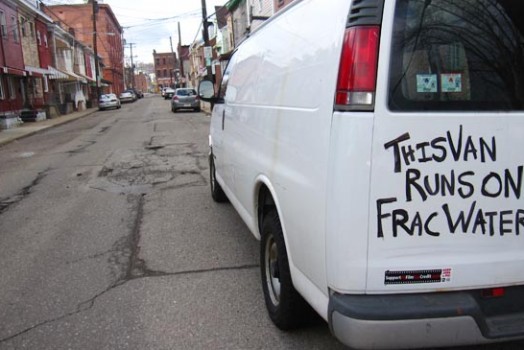 by Shaun Slifer
In the News, Inspiration

This van (seen in Pittsburgh) wryly references the myriad, often toxic rainbow of chemicals found in the hydraulic shale fracturing (or “fracking”) method used in drilling and stimulating natural gas… 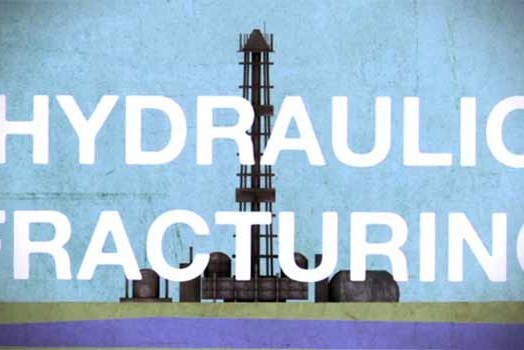 The Sky Is Pink: Josh Fox on Fracking

by Shaun Slifer
Film & Video, In the News

THE SKY IS PINK by Josh Fox and the GASLAND Team from JFOX on Vimeo. Josh Fox (dir. Gasland) has a new video on hydrofracking and media/industry propaganda, “The Sky… 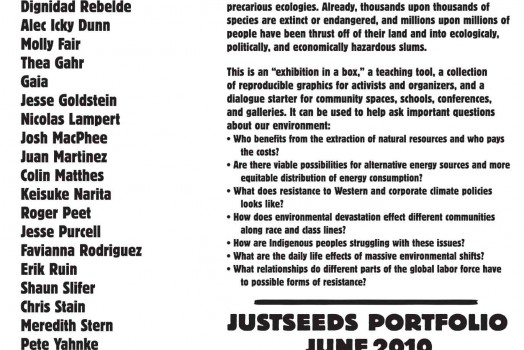 NYC Justseeds members have been hard at work organizing our second portfolio, Resourced. This will be our second theme based portfolio of handmade prints, following Voice From Outside: Artists against… 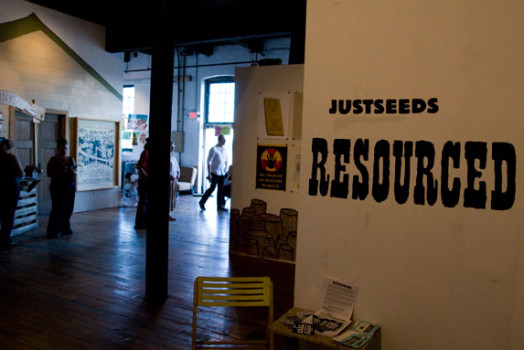 Here are some photos of the RESOURCED exhibit at Marketplace Gallery, 40 Broadway Albany, NY. 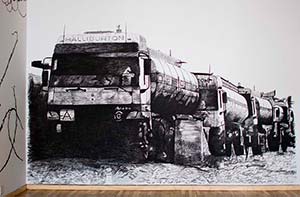 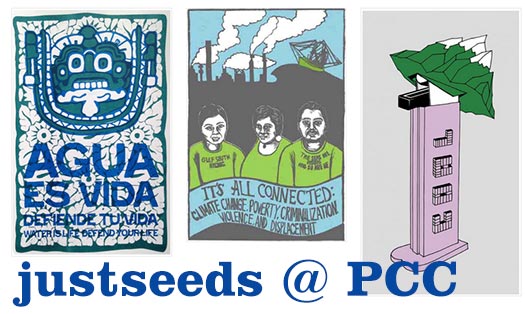 Several of our portfolios will be hanging at the various campuses of Portland Community College across the Portland, OR metro area during Earth Week, April 16-24. You can also see… 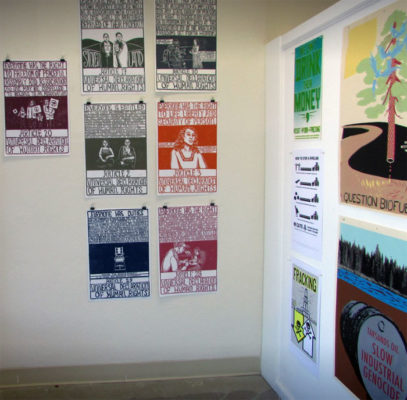 Justseeds has work up in a political art poster group show addressing human rights, fracking and climate change – in support of the International Permanent People’s Tribunal on Fracking happening…